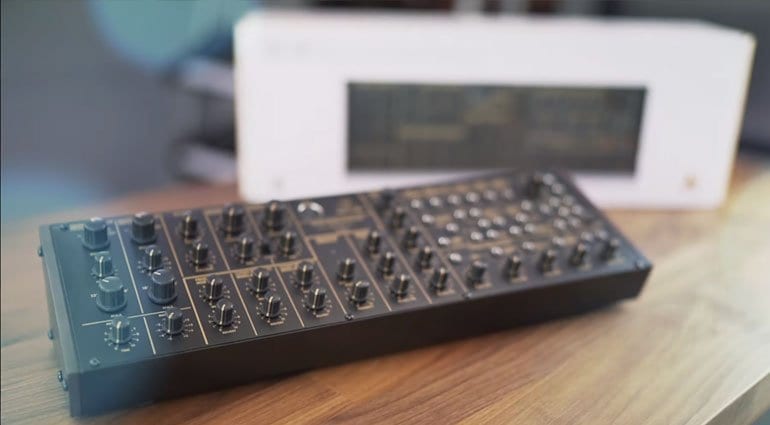 We seen glimpses of it in passing or stacked up for testing but we’ve not being to have a decent look and listen to the Behringer K-2 – until now.

Behringer has just released a 13 minute video introducing the synth and treating us to a bunch of example patches. So here’s the video and I’ll share my thoughts underneath.

I like how the knobs and the colouring is very authentic, or at least copied very well. Behringer make absolutely no bones about what this is a clone of and I think that’s the right approach. They are going for as close a sound as they can get to the original Korg MS-20. They even included two versions of the filter, the original and the second version that we’re probably more familiar with.

It has that drive and fierceness that the MS-20 is famous for, the fizz and buzz in the tone like it’s all about to fall apart but just hangs in there. When patching into the external processor it has that unmistably unstable sound – fabulous! It sounds huge and the interface in this case isn’t too small. I mean we’ve been used to seeing the MS-20 mini and so the knob size here is positively generous.

So there you are, looks great, sounds great.