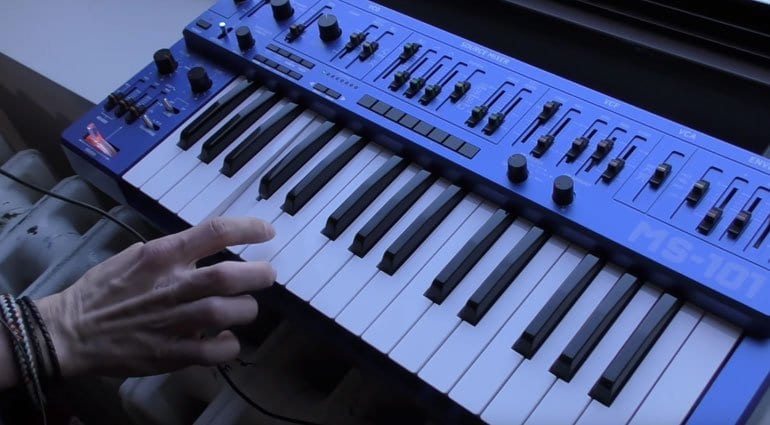 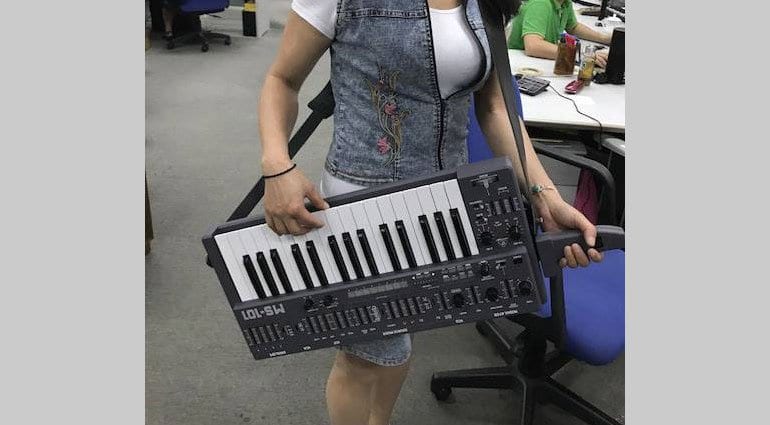 Remember that dodgy image we saw ages ago with a woman in denim holding what looked like an SH-101 except it had MS-101 on the front? Turns out it was real all along. The Behringer onslaught continues with their long-awaited take on the classic Roland SH-101.

It’s a full sized synthesizer like the Odyssey we saw yesterday, designed with the look and feel of the SH-101. But Behringer has done a little bit of tweaking – like the glowing modulation/pitch wheel. But more than that. They added triangle wave because the CEM3340 oscillator has a triangle wave, so why not include it. They added a “Behringer sequencer” the usefulness of which I’m sure will become clear in time. There’s FM modulation so you can modulate between oscillator outputs which is another feature of the CEM3340 that wasn’t utilised in the original design.

It sounds both as simple and as raw as the original and starts to get interesting (in the video below) once he kicks in the sequencer.

Of course, they’ve put MIDI and USB and CV/Gate on the back.

The MS-101 will be available in all the original colours and will come with a shoulder strap and the mod grip – yay! They hope to have it ready by the end of the year but they’ve still got to clear the backorders on the other synths first! So, people, stop buying the Model D already. The price will be “jaw-dropping”.

So this is either the most exciting time to be alive or the rape of the synthesizer industry depending on your point of view. I’m for synths being for everyone – bring it on Behringer!

That doesn’t seem likely at the moment.