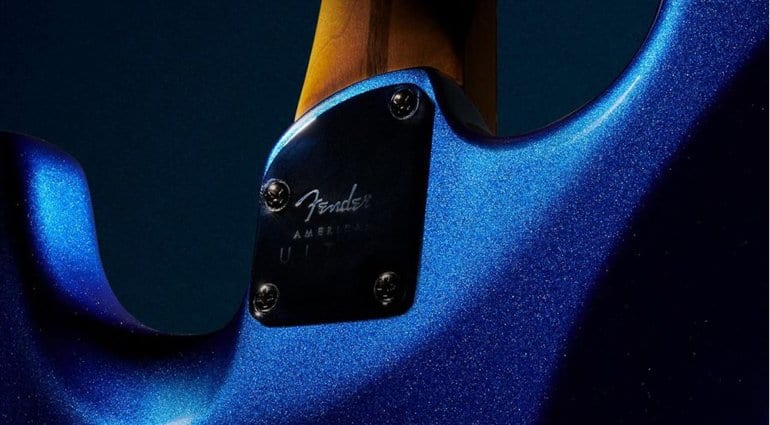 Fender is teasing an elite new guitar range which looks like a modern Stratocaster and the teaser campaign has a few brief views of a sculpted body shape and fancy new sparkling blue finish. Whilst their official teaser site hints at even more models in the new series too.

You can watch the official teaser video below, of what appears to be a new Stratocaster model from Fender, although there could be more than one model of guitar in the range of course. It reminds me a lot of the Elite Stratocaster range and with that sculpted heel access, I’d imagine that it is a hot rodded Strat. More of an American Ultra Series then perhaps? 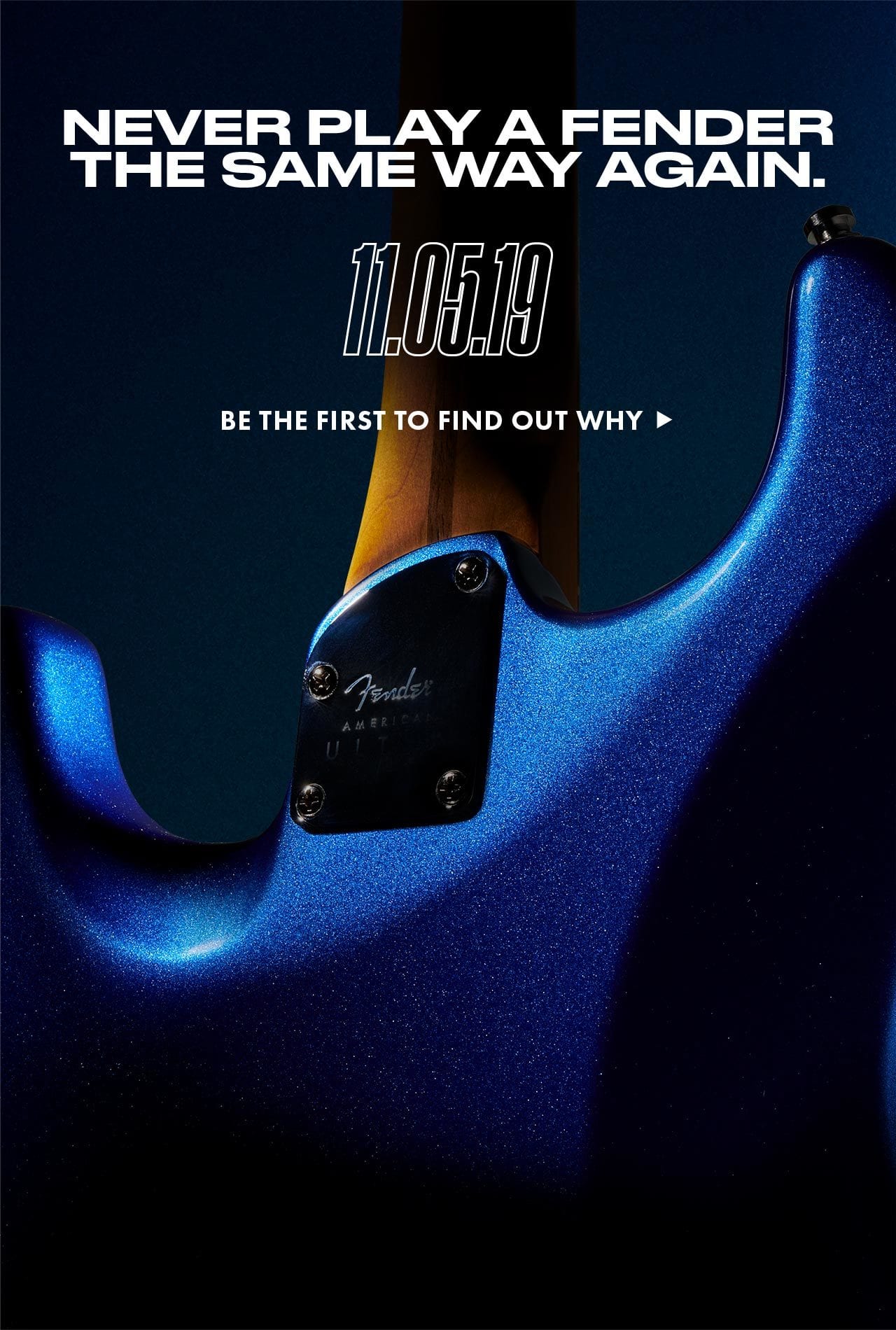 We can see knurled metal control knobs and a metallic Fender logo on the headstock, so I’m assuming it will be a US made high end Strat model, with maybe a Telecaster version, as well as a bass model or two in there somewhere too. I say this as you can see some silhouetted players holding a bass guitar in one of the shots on the official teaser page over on Fender’s main website. 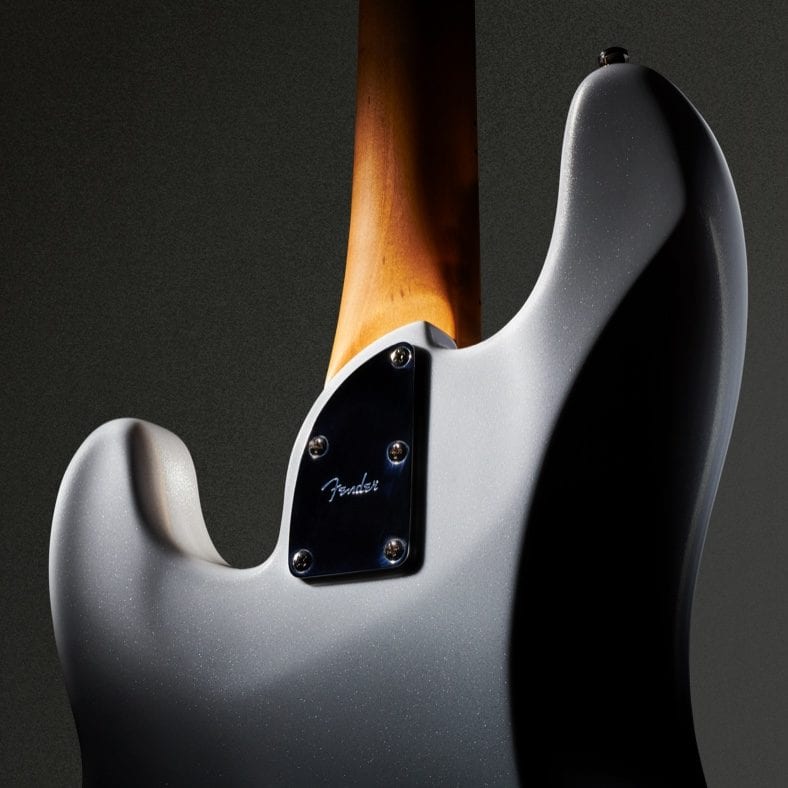 The official release date is Tuesday, 5 November, so not long to wait for these American Ultra Series to get officially launched. For now you can watch the video below or follow my link below to see the official Fender Teaser webpage. Tell us what you think the new range will be called and what new models Fender will be adding to their line-up, in the comments section below.