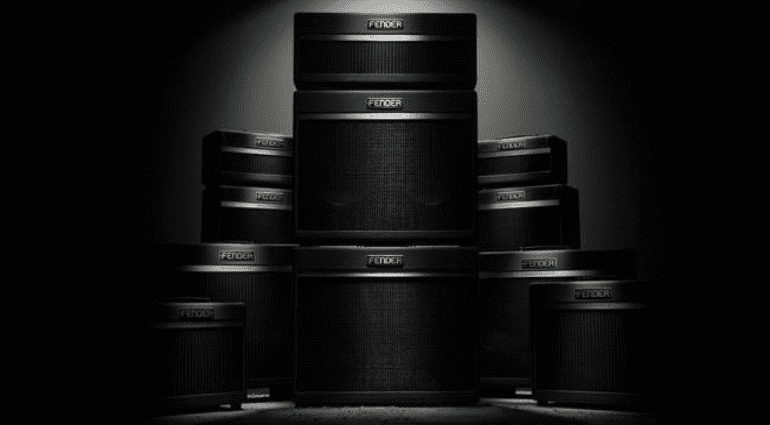 Fender’s New BasBreaker amp range for guitar to be launched at NAMM. Modern stylings and possibly a 'modern sound' as well?  ·  Source: http://intl.fender.com

Fender has been teasing its new range of BassBreaker amps for a little while now, with an official launch slated for the NAMM show in January. The new range is to offer a whole series of new models, including combos and heads with a variety of wattages.

As a new range from an old maker it could be very interesting, as it sounds from their promo videos that they are aiming them towards a more distorted edge, while combining this with Fender’s more usual crystal-clean sound. In my view, Fender haven’t really made any decent higher gain amps for some time. To my mind Fender have always made great amps for clean sounds or overdriven tones à la Stevie Ray Vaughan. However, I have never liked their crunch/distortion offerings in the past myself. So, the new BassBreaker amp range is one that I will be listening out for with some interest.

Visually, they seem to represent a real change for Fender. Usually Fender hark back to the ‘50s and ‘60s in terms of aesthetic design, so it’s interesting to see more modern, cleaner lines on show in their promotional shots. I haven’t seen anything quite so different from them since maybe their red-knobbed series of amps in the late ‘80s/early ‘90s. Again, Fender purists may not gel with this new modern look. However, I wouldn’t say it is unappealing, but it marks a different direction compared to most Fender amps that I have seen in the last twenty years or so.

As a range there seems to be a wattage rating and model for just about everyone, all the way from home players to gigging/touring musicians. NAMM 2016 looks like it will have some really interesting stuff for us to all talk about and try out in the New Year. I for one will be watching this new Fender amp range closely myself.

Details of the whole range: