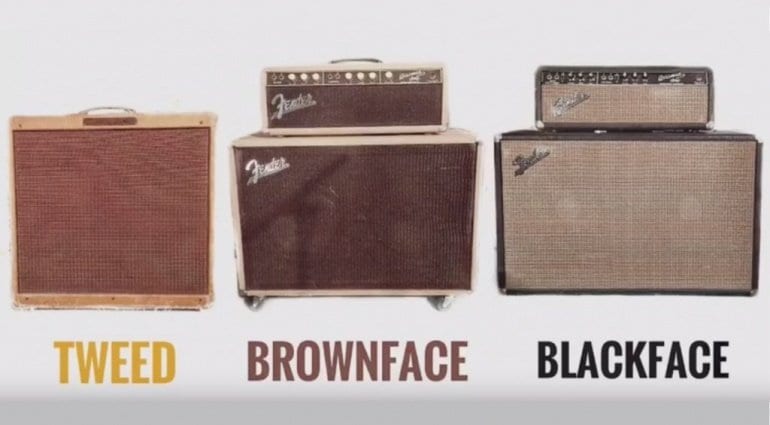 Fender is undoubtedly one of the most important companies in the history of guitar and bass amplifiers. The Tweed, Brownface and Blackface series is divided into the important eras until the 1960s. But how do they actually sound in a shoot-out situation?

All the Bassman are belong to us

The advantage of a comparison video is that you can listen to the amps in an a similar environment with a similar setup. YouTuber Johan Segeborn played a Tweed Bassman (1959 5F6-A), a Brownface Bassman (1962 + Oxford 2 × 12 Speakers) and a Blackface Bassman (1965 with HH Speaker).

Each Bassman amp version has it’s own fans and many love the original tweed ’59 version or the slightly later ’62 Brownface era, however I have always been more a fan of the ’65 Blackface edition myself. Both the Sixties versions are pre-CBS era amplifiers and so are the ones that collectors tend to favour, as the later units were made after Leo sold the Fender company to CBS, who then started ‘cutting corners’ to save money and increase profit margins!

Ideally, it would have been in the same studio, on the same day through the same speaker, but he got as close as he can to a neutral set of parameters. Of course, he has had to use the speakers the amps would have come with. Which also makes up a large part of the amp. And when do you hear three Bassman amps from the best years in the original state? Let us know which one you think sounds the best, I’m quite into the Blackface myself. 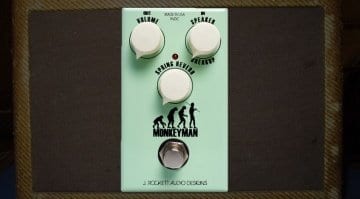 One response to “The Fender Bassman Shoot-out: Tweed vs. Brownface vs. Blackface!”