Fender ‘51 reissued in Japan as a Limited Edition  ·  Source: Fender

First released under the Squier brand, the Fender ‘51 is now being reissued by Fender Japan as a limited run. The ’51 combines two classic guitars, mashing up the Stratocaster and the Telecaster and could appeal to players who like the handling of a Strat body yet want some good ol’ Tele twang.

This limited edition by Fender Japan is a re-release of sorts, bringing back to life the limited edition Squier ’51 model. It’s been renamed the Fender ’51, with the typical f logo on the headstock. The specifications include a Strat-shaped basswood body, paired with a Telecaster-style, U-shape maple neck with a standard 25.5” scale length and a 9.5” radius loaded. It has 21 vintage frets and that all-important Telecaster headstock shape.

The rest of the specs follow the Squier version almost exactly, sporting the same three-saddle vintage-style Telecaster bridge with brass barrel saddles. Also onboard is a set of vintage-style tuning machines and Tele-style knurled dome control knobs. Instead of the traditional three-way switch and single volume and tone control, you get a three-way rotary control knob and a master volume control on the short, vintage style Telecaster control plate. The pickguard is hybrid Strat/Tele shape in black one-ply, complimenting the all-over Butterscotch Blonde finish on the guitar’s body.

This Japanese-made limited edition version has twin Telecaster vintage pickups, whereas the Squier version had a humbucker in the bridge position. So in a weird way, this is more traditional for players looking for some Telecaster twang. You can order this Fender ’51 via the Fender Japan online store and the Fender shop at Miki Gakki Americamura, so it looks unlikely to become available outside of Japan, at least via official retail channels.

It is certainly an interesting model and while it doesn’t have me reaching for my wallet, I can see its appeal if you find the Stratocaster body shape more comfortable, yet you want those Telecaster tones. 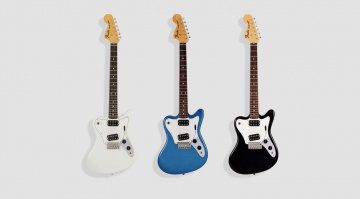 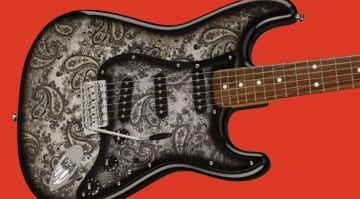