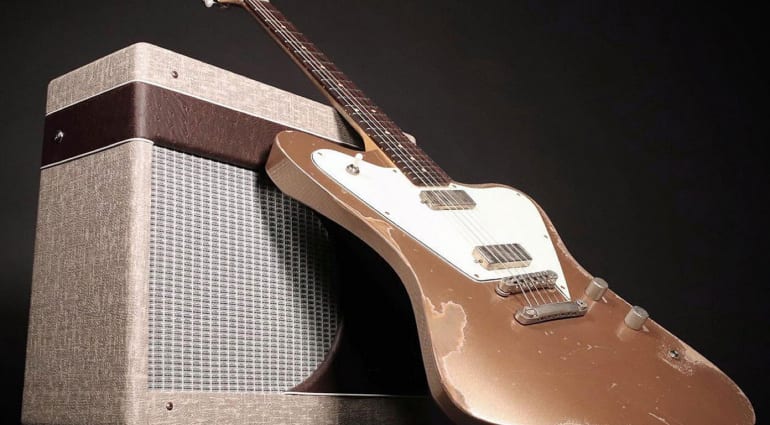 American guitar brand Fano Guitars is just about to announce a replacement for its recently discontinued Standard Series. Built in the USA, the new Oltre Series includes 40 combinations to choose from.

Once owned by luthier Dennis Fano, the Fano Guitars brand is now completely independent from the man that gave his name to the company. The firm recently discontinued its American-made Standard Series (great guitars, I own one of the SP6 models) and announced a new Chinese made Omnis range in January 2020. Now Fano is about to announce a full replacement series called the Oltre Series, per guitar.com.

The Oltre Series will offer some of the custom options from the Alt de Facto Series offers, including around 40 combinations of finish, various ageing options, knobs and pickup configurations. Previously, the only way to get this kind of customisation was via the Alt De Facto models, which were originally all hand made by Dennis Fano himself.

The pickups on offer here are Lollar, Fralin and TV Jones amongst others, Knowing Fano, I suspect we will see some cool vintage colour combos along with some great pickguard choices too.

This new Oltre Series certainly sounds like great move and if the price is right, then I am sure they will fly off the shelves, as the brand has some really nice models on offer. However, there are two new guitars models coming as well, the PX6 and MG6, so we also have something else to look forward to as well. There are no more details as yet on the company site, but we’ll keep you informed when we hear more. I’d also recommend you check out the Fano Instagram page, as it often has more up to date details on new colour combinations and custom models than the website.

Having reached out to Fano I can tell you that the basic specs are as follows;