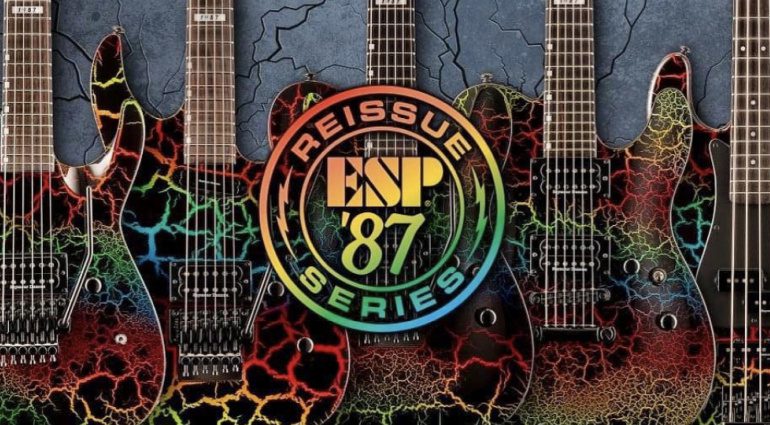 ESP has come up with an, ahem, eye-catching ’87 Reissue Series, bringing back the Rainbow Crackle finish. ESP says these instruments are faithful recreations of models from its 1987 catalogue. Ah yes, 1987. Hair metal ruled the world and outlandish shred guitars were cool.

In the 1980s, ESP’s shred guitars were the epitome of cool and style. These 1987 Rainbow Crackle models were seen as a must-have finish. But they weren’t that common compared to plain and solid colours, so thirty-plus years later they have become quite sought after by collectors. 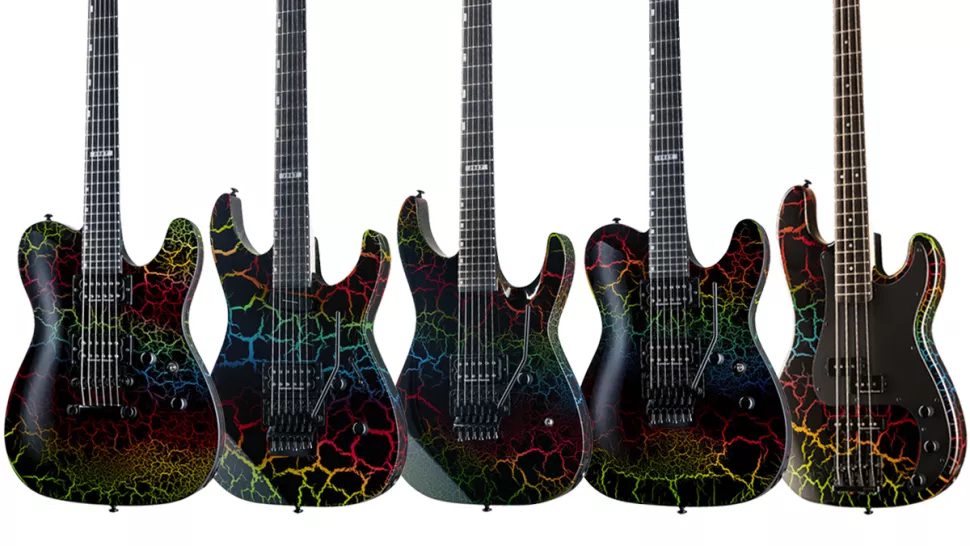 ESP has chosen 2021 to re-issue these finishes as part of its LTD ’87 Reissue Series. Five models are on offer, each in that eye-watering Rainbow Crackle finish: the Eclipse ’87, Eclipse ’87 NT, Mirage Deluxe ‘87 and M-1 Custom ‘87 guitars. A P-bass style model is included, too, the Surveyor ’87.

First up are two T-Style models, featuring a Macassar ebony fretboard, a mahogany body and a three-piece maple 24.75″ scale length neck. You get  24 extra-jumbo frets on both models.

The M-1 Custom ’87 is the classic neck-through construction model and comes with a three-piece maple neck, an alder body and a Macassar ebony fretboard with 24 extra-jumbo frets.

This is a real gunslinger, with only a single Seymour Duncan Distortion in the bridge that can be coil split using the tone control. Plus, it has an onboard EMG PA-2 active boost switch. Shred city.

This ESP/LTD Mirage Deluxe ‘87 comes with a 25.5″ scale length, a bolt-on maple neck, plus a Macassar ebony fretboard and an alder body. You also have a Floyd Rose 1000 locking trem system and 22 extra-jumbo frets.

Finally, we have the one and only bass model, the Surveyor ’87 and this model P-style bass is an alder body and a bolt-on maple neck with a Macassar ebony fretboard. 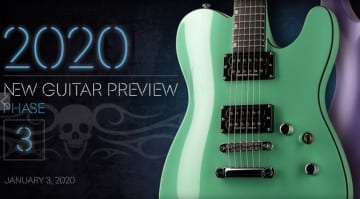 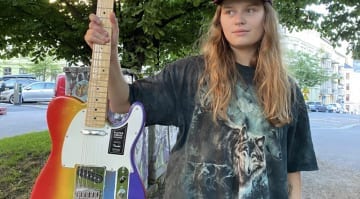