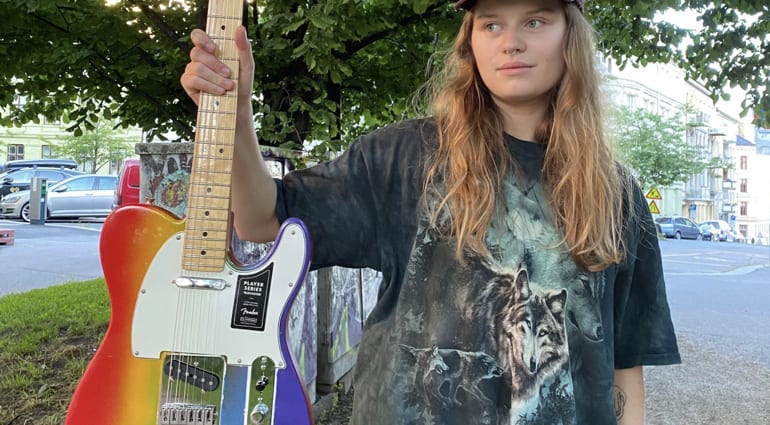 Fender and Girl In Red one off Rainbow Player Series Telecaster  ·  Source: Rally/Fender

Fender and Norwegian singer-songwriter girl in red have collaborated on a one-off “Rainbow” Player Series Telecaster. The guitar will be raffled off to raise money for the Kaleidoscope Trust, a LGBTQ+ charity.

Following up from Pride Month 2020, Fender and girl in red have come up with a one-of-a-kind Telecaster that’s bveing auctioned off for charity. The proceeds will go to the Kaleidoscope Trust, a UK-based charity that campaigns to uphold the human rights of lesbian, gay, bisexual and transgender people all over the world.

Marie Ulven, a.k.a. girl in red, hand-painted a Player Series Telecaster in a rainbow flag colour scheme for this special auction.

As a privileged queer person, I feel it is important that I am as loud as possible. Music can create an incredible and safe space for those who need it the most and this feels like an authentic way I can help others in the community. My first electric guitar was a Fender and the rainbow flag is such an iconic and positive design that I hope everybody loves this guitar as much as I do. What’s better than raising money for an amazing cause and helping somebody to pursue their music dreams at the same time?! – Marie/Girl In Red 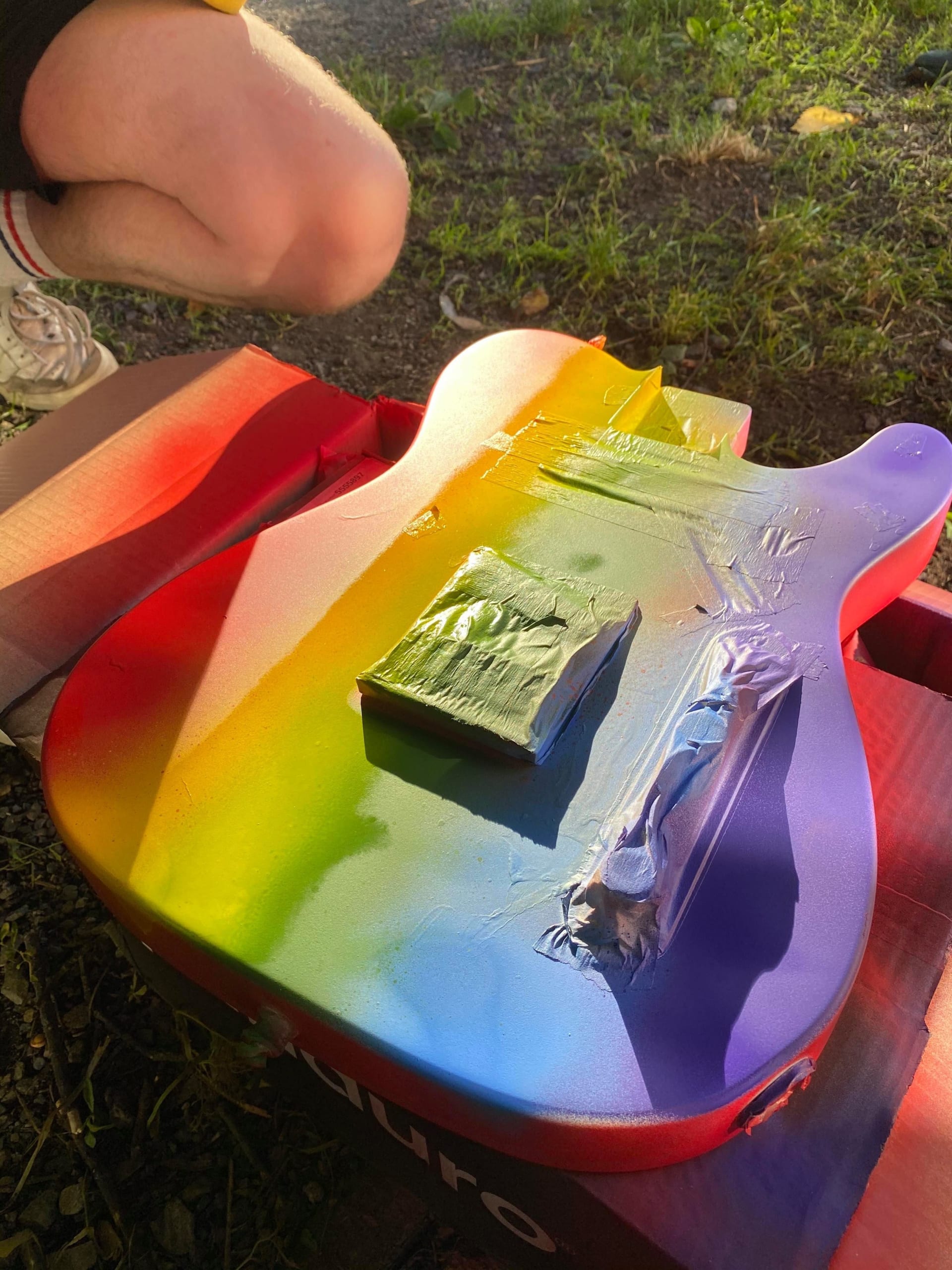 Fender has also added a three month subscription to their Fender Play service to draw as well. And tickets for the draw start at £5 each. The draw ends on 2 August and the winner will receive a one-off rainbow-coloured Fender Telecaster!

Follow the link below to get your tickets for the draw.