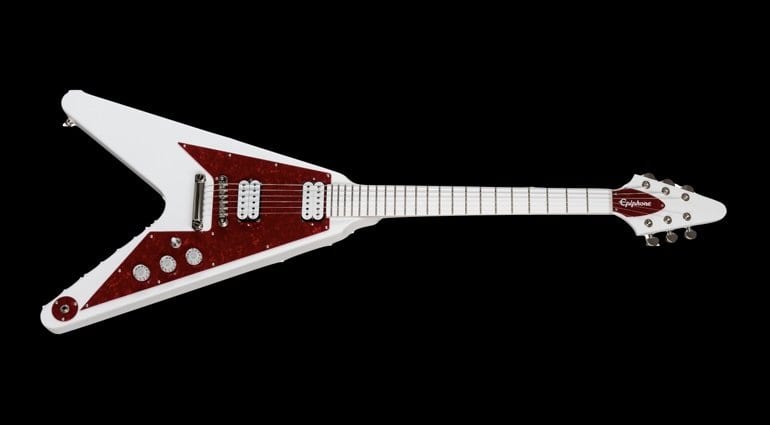 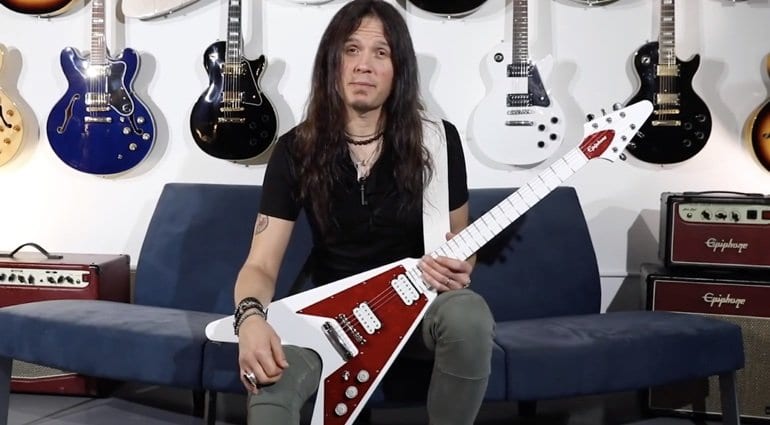 If the new Epiphone Ltd. Ed. Dave Rude Flying V Outfit is one thing, it’s a guitar that will stand out from the crowd. The Tesla guitarist won’t be hiding away from the limelight no stage with this new monster of a signature guitar.

Tesla guitarist Dave Rude has put his name to this Limited Edition Flying V Outfit model from Epiphone. That Alpine White gloss finish is all over the guitar, including the fretboard. It also comes with a Red Pearloid pickguard. All that white coupled with the red accent from the pickguard makes this guitar pop.

The last tine we saw an Epiphone Flying V so white was the 2016 Brendan Small Snow Falcon, which was a well-made instrument that sold out quickly. 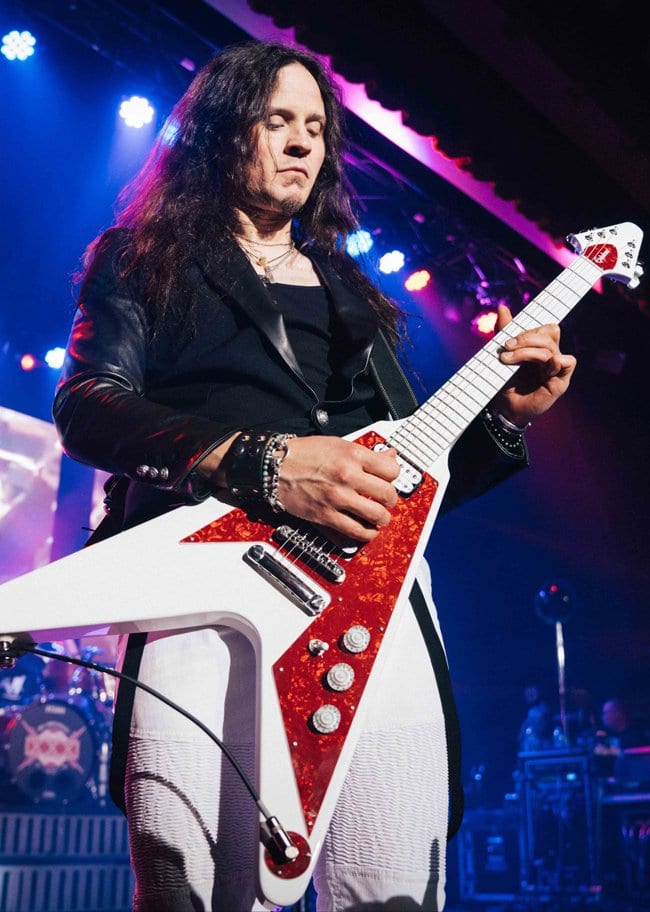 The body and neck are made of Okoume, and it is completely covered in a super-glossy Alpine White finish. You can’t see any grain at all! The hard maple fretboard is loaded with jumbo frets and has a C profile, also lacquered in that glossy white finish!

This V comes loaded with a pair of open coil white ProBucker humbuckers, both with coil-splitting, so there should be plenty of tones on tap here. You get an Epiphone LockTone Tune-o-matic bridge, Graph Tech nut and a set of Grover Rotomatic tuners, so expect tuning stability to be solid. 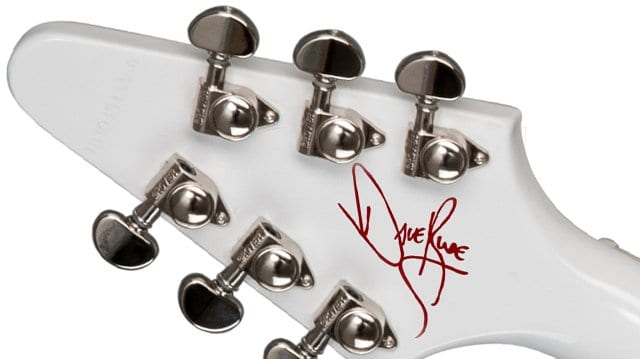 Control-wise, the guitar uses a neck and bridge volume knobs plus a 3-way toggle switch. Simple and effective. But don’t forget the coil split for each humbucker. Each guitar has Dave’s signature on the rear of the headstock, comes in an EpiLite TM Case and has a signed Certificate of Authenticity.