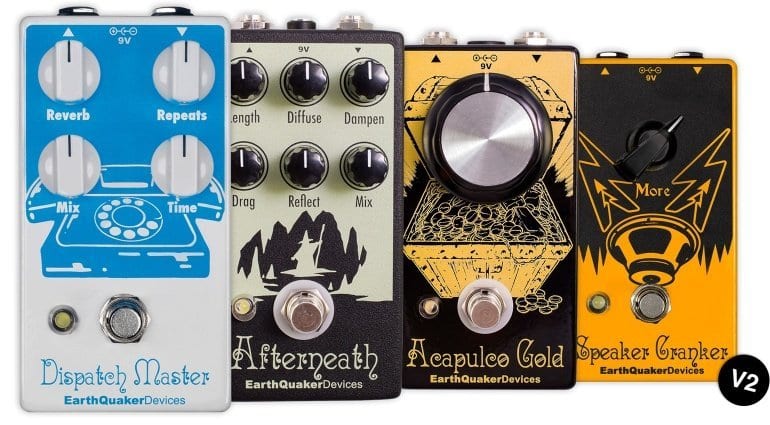 The Earthquaker Devices have upgraded their Dispatch Master, Afterneath, Acapulco Gold and Speaker Cranker pedals to a new, “V2” version.

Each pedal has been given the same upgrades. These include a soft-touch relay silent switching system, new, more robust enclosures as well as top-mounted input and output jacks. The latter should make them more pedalboard friendly.

To be fair to Earthquaker Devices, all these ‘upgrades’ are actually pretty well thought out. Yet I feel labelling them “V2” is a little over the top. They aren’t sonically any different and will sound the same as the originals (do we now call them V1?).

Either way, some of these new features are useful, especially if you have a crowded pedalboard where jacks on the tops of the pedals will allow you to squeeze more on there!

The new V2 versions should be available during November.