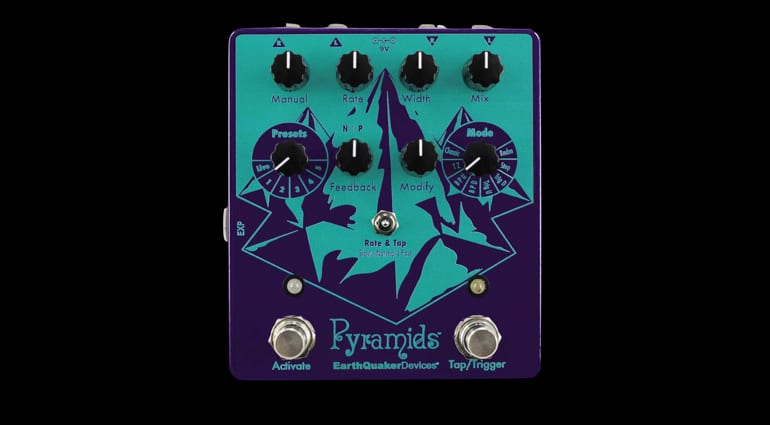 The new Pyramid flanger pedal has eight variations on the modulation effect and includes Classic, Through-Zero, Barber Pole up or down, Trigger up or down, Step and Random.

It utilises the same DSP as their Avalanche pedal, so because so it can pack in lots of cool flange styles. That’s great for people like me who like a bit of flange on your guitar tone. Because it also utilises two footswitches, you can do neat things like tap tempo and triggering, which when combined with the various time subdivisions means you can really get some cool ‘out-there’ flanging effects from the Pyramid. You can also control parameters using an external expression pedal as well, so great for effects pedal tweakers.

EarthQuaker Devices make some really great pedals and this looks like no exception. Make sure you check out the official demo video below to hear it in action. Okay, it isn’t the cheapest flanger pedal on the market, but for such a collection of cool modulation effects and all this control, it does give you a lot of bang for your buck. Plus, it is stereo and so could be oodles of fun to use on synths and in a good stereo live guitar rig. I think it is well worth the asking price.