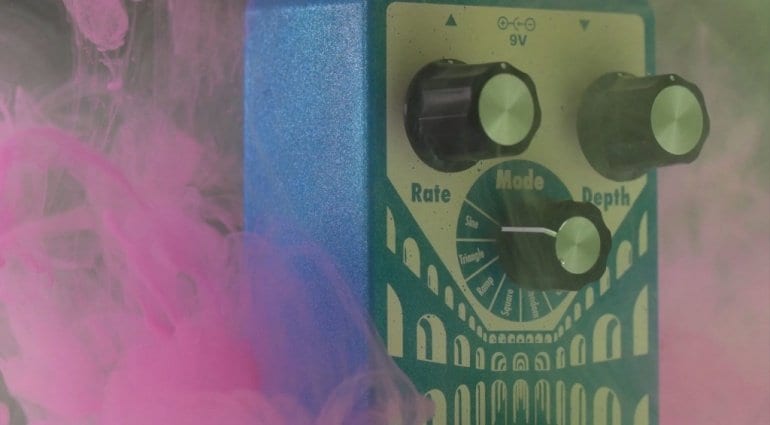 Earthquaker Devices new Aqueduct pedal is a pitch vibrato effect for electric guitar with a vintage character; its eight modes include one that supposedly sounds like My Bloody Valentine.

Vibrato is an effect that modulates the frequency in a given period. The vibrato effect is often mistakenly called tremolo, which modulates the amplitude (read: volume). Luckily, Earthquaker Devices has added a bit more to its new Aqueduct pedal, providing it with eight distinct modes. 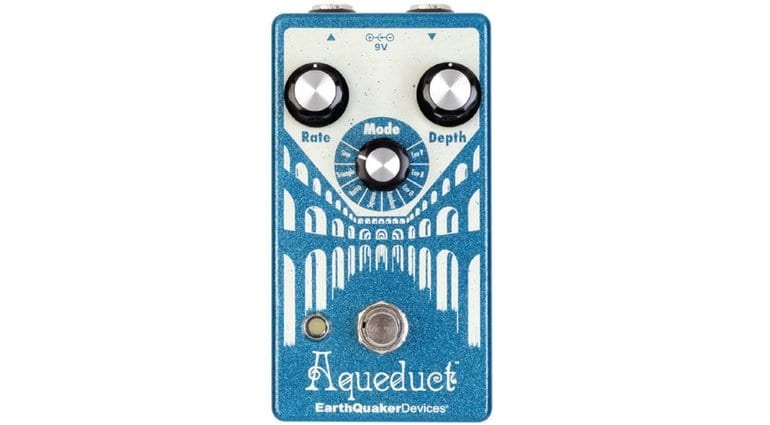 It is controlled by three knobs: Rate, Depth and the Mode switch. In total, eight modes are on offer here: Sine, Triangle, Ramp, Square, Random, Env D (Depth), Env R (Rate) and Env P (Pitch). That means that for the last three modes, the stop or the input level (Envelope) determines the respective parameter. Earthquaker says that “Env P” sounds like My Bloody Valentine.

Another rather useful addition is the Flexi Switch. That means that the footswitch automatically differentiates between Latch and Momentary. Pressing the button either switches the effect on/off or atcivates the pedal as long as you keep the pedal pressed. This simple system makes it easy to add a quick touch of the effect when needed. That’s great for adding some spice to a riff or solo, for instance.

Check out the official demo video below to hear some demo sounds.

One response to “Earthquaker Devices Aqueduct: A vibrato pedal with My Bloody Valentine setting”