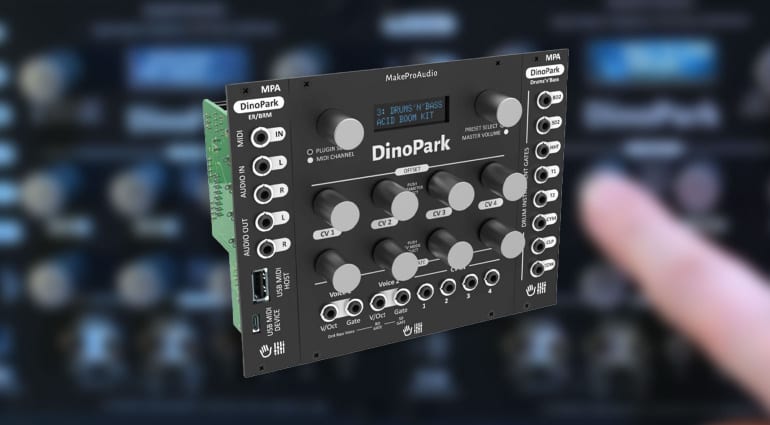 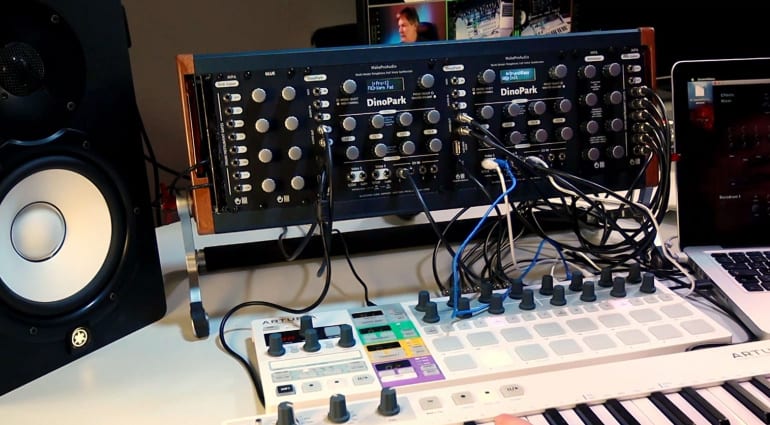 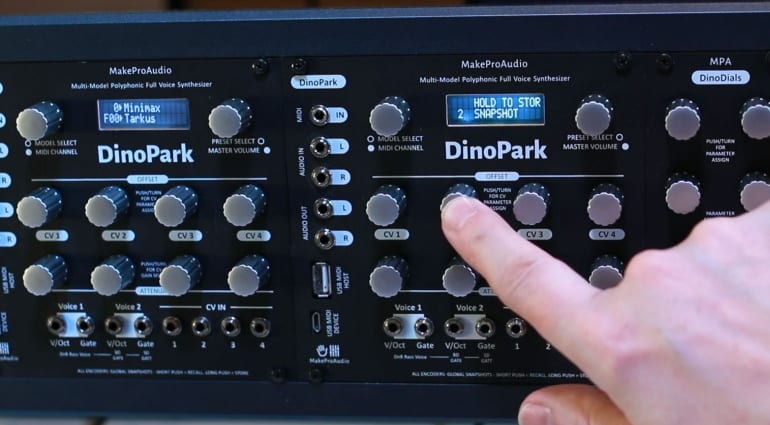 We’ve seen the DinoPark system before. A couple of years ago they were showing it as a bunch of synths running in a box that you make yourself. However, it never seemed to find the right vibe or the right audience. While it does let you run a bunch of cool synthesizer emulations on DSP hardware rather than your computer CPU, most computers these days can run multiple synths without any bother. It’s the sort of thing that would have been awesome a decade ago. And that’s the thing, the DinoPark is the evolution of the Creamware system that was indeed awesome two decades ago.

However, with a Eurorack module, MakePro X might have found the perfect application of their DSP based synthesizers.

The basic concept is that you have software emulations of some classic synths running on hardware DSP inside a box that has a display showing the selected synth and preset and a handful of controls. For deeper editing you connect it to a computer and run a software editor as a VST plugin. You don’t need to have the computer editor running to use the synths, they exist and generate sound in the DSP box all by themselves. 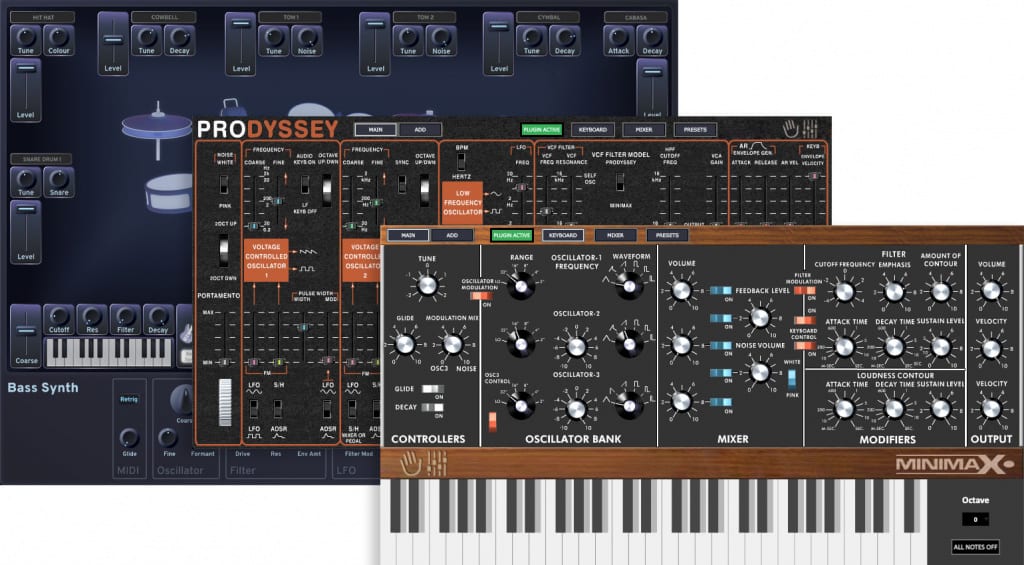 The synths in question are the Prodyssey (ARP Odyssey), Lightwave (Wavetable), Minimax (Minimoog), FMagic (FM synth), B4000 (organ), DrumsNBass (drum sounds and basslines) and the Pro-12 (Prophet-5). That’s a great selection of synths and they all come with decent looking editors that reflect the hardware they’re based upon. 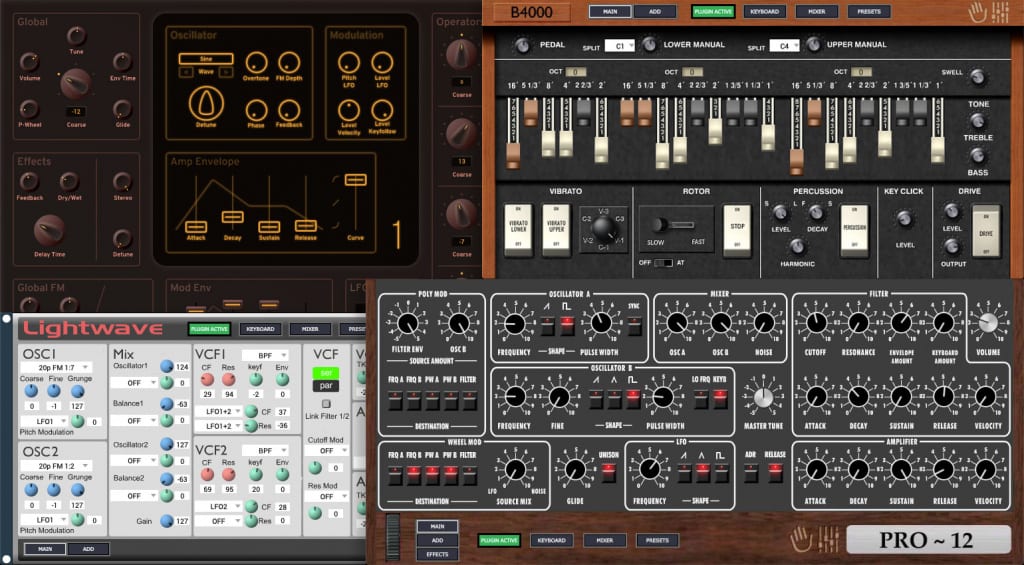 Having these synths, both monophonic and polyphonic, in Eurorack could be very interesting. You are less likely going to feel that these could just be running on your computer because your computer isn’t usually part of a modular setup. You could see this as bringing a handful of great VSTs into your hardware modular as a module – that’s pretty awesome.

The DinoPark Eurorack module itself has MIDI inputs and a USB host connection so you can plug a MIDI controller straight in. You have CV inputs to control parameters and a pair of V/Oct and Gate controls to play the voices. For the drums section, there are 8 additional trigger inputs. Audio output is in stereo and there’s also a stereo input for routing through the internal mixer, EQ and dynamics.

You have the ability to save and recall any patches or configurations and if you need more control you can add a DinoDials module with 8 or 12 more knobs. All the knob encoders are touch-sensitive and throw their current value and parameter up on the screen when touched.

So, could this be the answer for the DinoPark DSP system? Yes, I hope so. The synths are actually really good and placing them in Eurorack could give them the right vibe they’ve been missing.

No pricing yet but the website says it’s all ready to go once you’ve unearthed the right pages and discovered that this is MakePro X under MakePro Music and not MakePro Audio as it previously was. Hopefully, they’ll get the store to reflect the products sometime soon.

Here’s a review of the DinoPark box I did a couple of years ago which gives you a good idea about the system and the synths.