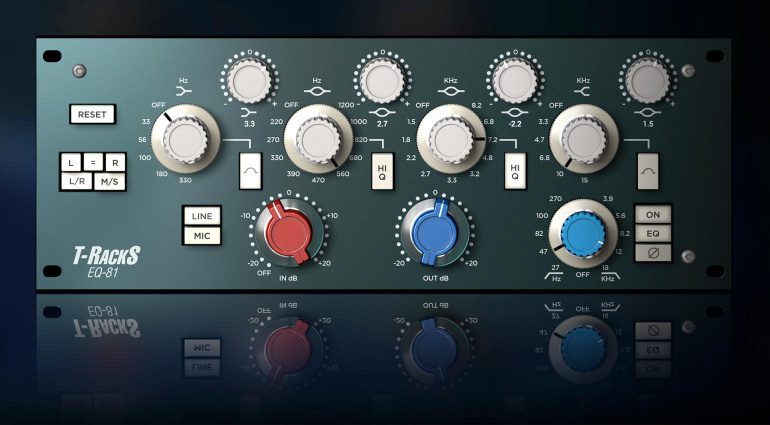 IK Multimedia’s EQ 81 plug-in emulates the Neve 1081 equalizer and normally costs about a hundred bucks. Now you’ve got the chance to grab it for FREE!

Here’s a great way to get your hands on a classic equalizer emulation for FREE! The IK Multimedia T-RackS EQ 81 plug-in normally carries a list price of €99. But the developer is giving it away for free until the end of this month.

If you’re a fan of the classic British sound, you shouldn’t miss this offer. The EQ 81 plug-in is of course modeled after none other than the legendary Neve 1081 equalizer. IK says that it delivers an authentic reproduction of the original, but they’ve also added a couple of modern twists.

IK also says that they’ve taken extra care to nail the interaction of the preamp circuit and the equalizer, because it’s such an important facet of the original’s characteristic sound.

You can throw the EQ 81 plug-in on any track, such as guitars, vocals, drums, bass, piano, strings, or anything else. So there really is no reason not to take advantage of this great deal.

Get it for free until the end of January

You can get the IK Multimedia T-RackS EQ 81 plug-in for free until January 31, 2022 by carrying out the following steps:

If you don’t already have T-RackS 5, you can download the free T-RackS 5 CS after signing up to the newsletter. The CS version also includes two other mixing tools: Classic T-RackS Equalizer and Metering.