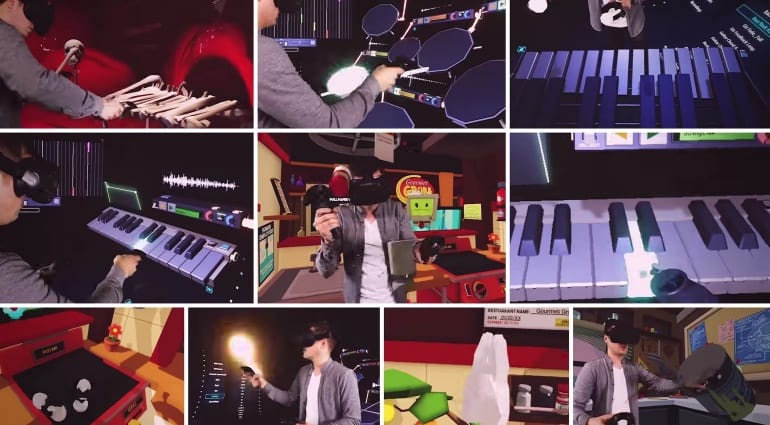 Virtual Reality. Chances are, you’re in one of two camps. Either you’re a fired up early adopter that owns an Oculus Rift and dreams of the day we’re all wearing a cerebral implant and going on VR holidays. Or you’re thinking: Do we really need this?

One admission here, right off the bat: My track record of predicting successful technologies is, well, disastrous. Here’s a taster: When a work colleague brought his brand new iPhone 1 to the office, I thought, “But why do you need access to the internet wherever you go?” Yes, I realise how stupid that sounds now.

VR isn’t a technology that gets me all hot under the collar. At least not as a musician. But the video below shows that musicians are trying to explore uses that seem more appealing, even to doubters like me. It’s by Chase Holfelder, who covers “Virtual Insanity” by Jamiroquai in a VR studio. All the sounds are assembled and sequenced in the VR environment, which uses SoundStageVR and a HTC Vive. He loads the sounds into a virtual sampler, makes the connections between the modules, plays a virtual keyboard and so on. It really does look a bit like touching a DAW.

From a musician’s standpoint, this is the closest I’ve seen to some kind of VR music studio experience that makes any kind of sense. But does doing something in VR that I can already do in 2D in a DAW create a need or desire to do it in a VR environment? In the video, we see someone replicating DAW functions in a VR studio. I’d have thought VR was more about creating a user experience that does something that wasn’t possible before, like submerging myself in a game where you can do things not possible in real life.

I’m sure VR will eventually be one of the most important technologies we have. But like 3D printing, its potential seems untapped, its makers still trying to find a compelling use for people in their day-to-day lives, except the obvious VR gaming applications. Maybe I’m just lacking the imagination of a 21st century tech visionary, but to me the way of using VR seen in the video seems a bit of a dead end.

Check out the video below and let us know what you think. Would you want to give this a try? 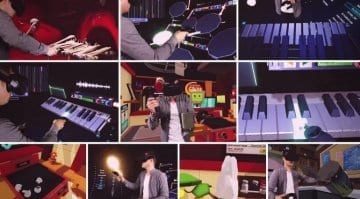 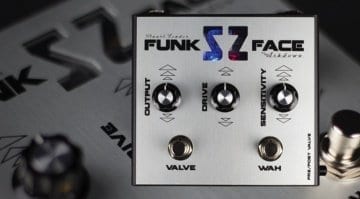 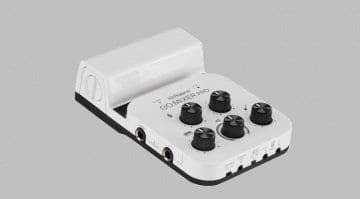 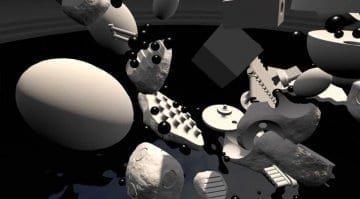 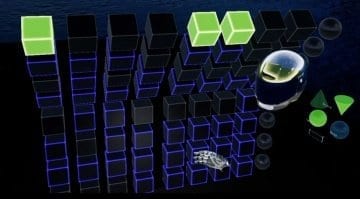