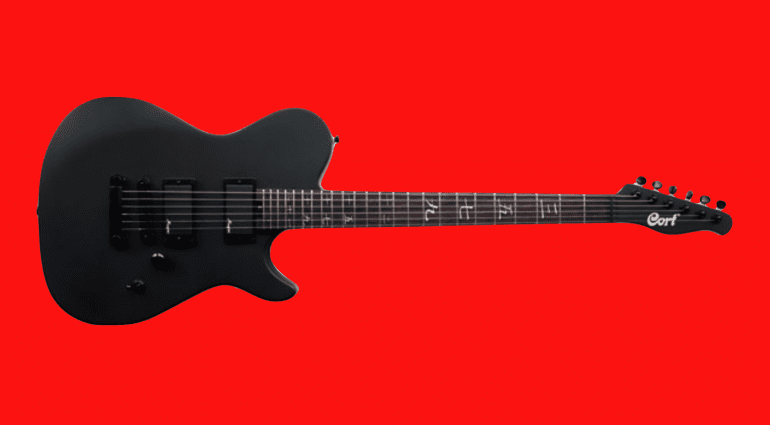 The new Cort/Manson M-Jet guitar looks a little familiar and has a touch of the Stealth Bomber about its look. But will this new model be your muse for the new year?

The M-Jet is very striking in the matt black finish and looks very similar to the MBC models in that it has a utilitarian feel to it. I like the simple layout and look myself, but then I have always been a sucker for a Telecaster style guitar, which the M-Jet has hints of in its design.

I like that Hugh Manson and Cort have gone for a stop tail and tune-o-matic style bridge with the guitar and also added locking tuners because you know the tuning will be rock solid. It is something I do with my own builds and just makes for a really good instrument to gig with, especially if you like to riff and do lots of bends.

The only little bit of flair to the design in terms of looks is probably those quite striking inlays for fret markers. They are Chinese ‘Hanji’ symbols for the fret numbers, or so it says they are on the Cort site, so I will take their word for it as my Mandarin is rubbish! 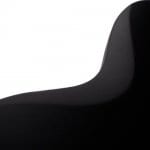 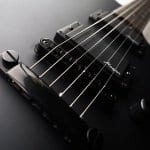 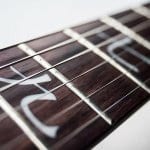 The body of the guitar is American Basswood and the bolt-on 25.5″ scale length neck is made from Canadian Hard Maple. The rosewood fretboard has a compound radius of 12″-15″ and so is very flat indeed. There are 24 frets, and the guitar has my favourite type of truss rod adjustment, with the access via a thumb-wheel.

Manson have loaded their own branded humbucking pickups, and these are controlled via a three-way toggle switch, plus a single Volume control for both pickups. You can’t get more simple than that really.

Luckily for me, Manson is actually a stones throw away from my house. So I will have to go and try one of these out, as I think they look like a really good solid guitar. They may not appeal to everyone as they are quite modern looking and look like they will excel at high-gain stuff, but I reckon they will be very popular. 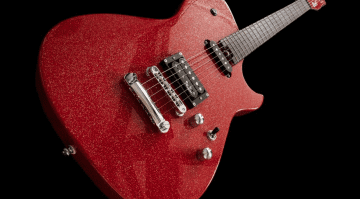