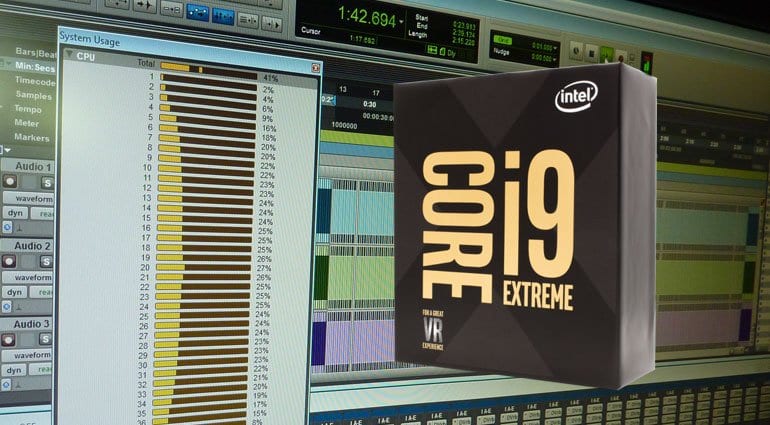 Intel revamps its high-end desktop (HEDT) range of processors with stunning core counts, a brand new Core i9 range and a pricing structure that we can thank AMD for. Is this going to provide the power we need for the next generation of music software, instruments and plug-ins?

All the talk these days seems to be focused on Kaby Lake and mobile platforms. It’s all about the choice of processors in the Microsoft Surface Pro or the Macbook Pro, how it impacts battery life, how many hours you can surf Facebook for before having to recharge. None of this is very interesting for DAW users – we need power, not power-saving.

Intel’s 7th generation Kaby Lake has reached the mainstream desktop with processors like the rather underwhelming i7 7700K which offers a mild upgrade over the 6th Generation Skylake i7 6700K. But the important business of music production tends to get done with the HEDT platform. That platform currently runs on the X99 chipset and Broadwell-E i7 processors. This typically lags behind the mainstream by a couple of generations but maintains the position of top performance through the core counts and higher number of data streams. And it’s this platform that’s getting a long awaited upgrade.

With every new generation comes a new chipset and socket and so it’s a new motherboard if you want to run these processors. The code numbers you’re looking for are the X299 “Basin Falls” chipset (replacing the X99) and the LGA2066 socket (replacing the LGA2011). In an unusual move, Intel are allowing two different chip architectures to run in the same platform. At the entry level there’s a 4-core i5 and i7 processor based upon the Kaby Lake technology found in the mainstream. But after that the core counts skyrocket with the Skylake-X Core i7 and Core i9 processors.

We’ve seen 18 cores before in current generation Xeon processors, but Intel is angling this away from server technology and squarely at the desktop user who wants extreme power. Intel say that the 18-core i9 7980XE is the first “teraflop-speed” desktop processor. The other factors that the Core i9 brings to the table are increased PCIe lanes, 2666MHz memory support, Turbo Boost 2 & 3, Advanced Vector Extensions (AVX-512) and support for Intel’s Optane memory (storage/memory hybrid).

What’s remarkable is that Intel has slashed the prices on all these processors. HEDT used to be the money maker where Intel was completely unchallenged. However, the recent recovery of AMD has prompted a bit of a re-think. All of the i7 and i9 processors are priced much more aggressively. The top i9 7080XE 18-core processor at $1999 is about $1000 cheaper than the current equivalent Xeon processor. And only $500 more than the current 10-core i7 6950X. Intel is determined to stake its claim on the HEDT – which means we all benefit! 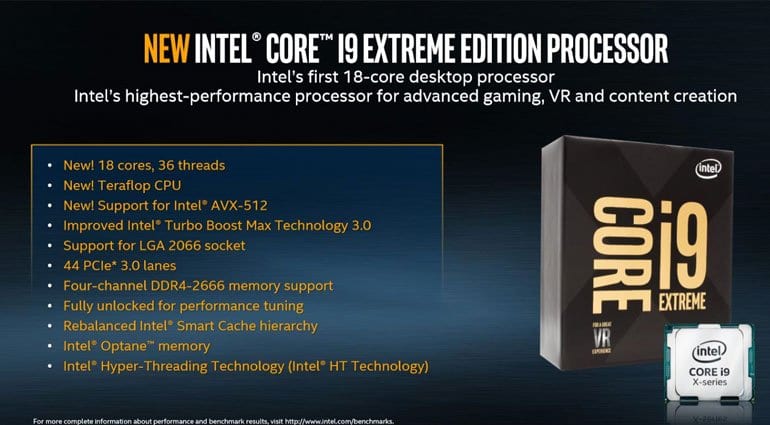 So what does this mean for music production?

All our DAW software is multi-threaded these days, meaning that it can handle and utilise lots of cores. So more cores and faster speeds are going to let you run more instruments, more complex plug-ins, more audio processing in the one box. The inclusion of the i5 and i7 Kaby Lake-X processors gives people a genuinely good value entry into a HEDT system that typically stays current for a couple of years. Get on the ladder and then upgrade to a massive i9 processor down the line without having to change the rest of your system.

For music makers the processor is king and so although it comes with other enhanced technologies the biggest impact is the core count and speed. Skylake-X gives us exactly what we need to take us into the future. Is this a future that Apple’s ageing Mac Pro range want a piece of? Well, no doubt we’ll find out next week at the WWDC 2017 Apple conference but I imagine they’d be silly not to.

What is lacking is any support for USB 3.1 or Thunderbolt. Intel announced that they are baking Thunderbolt 3 into their future processors, but it appears that the future isn’t here yet. That’s the one fly in this otherwise sweet-smelling ointment.

Motherboards have started to appear and the 4-10 core processors should be with us in a matter of weeks. The top processors following on soon after that. 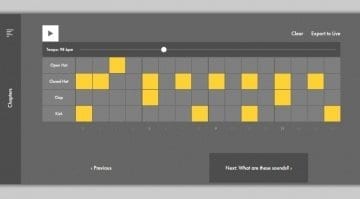 One response to “Can Intel’s 18-core Core i9 CPU models revolutionise music production?”

It’s going to be interesting to see how the new 18 core i9, which costs €1100 fares against the 16 core new Mac Pro, whose Xeons alone sell for about €2.3k.
Iirc that 16 core Mac Pro starts around about 9k and one could build a pc around that 18 core i9 starting around 2k.
Suuuuuper interested to see benchmarks of those two chips. Especially real time audio ones.