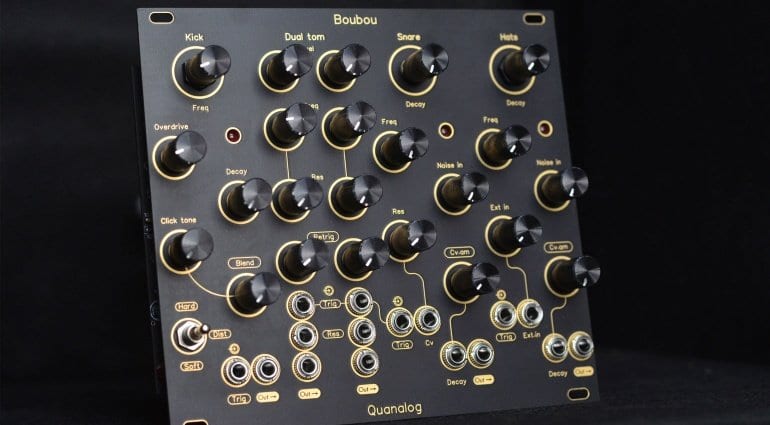 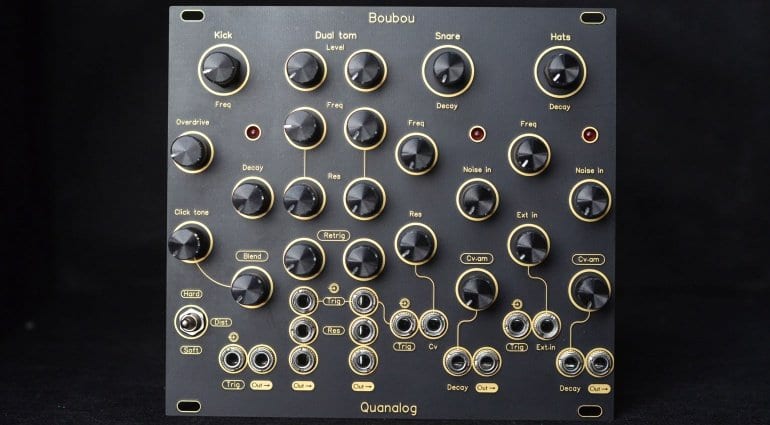 Quanalog Instruments’ first entry into the Eurorack market is the remarkably named Boubou. It’s filter based, analogue and split into 5 voices to cover all the basics any drum synth would need.

It’s a big chunky module, as wide as it is tall and covered with an initially bewildering array of knobs. The black and gold colour scheme lends it an air of elegance and as you look a bit a deeper the layout and functionality starts to come into focus.

There are 4 sections with the 5th voice tied up in the dual toms. From left to right you get a Kick, Dual Toms, Snare and then Hi-Hats.

The Kick drum is generated by a self-resonating low pass filter producing a thumping sine wave which is blended with a feedback click for that all-important transient. You have control over the pitch of the sine wave and the tone of the click and the amount of blend. There are three levels of compression, control over Decay and an Overdrive for pushing it into distortion. No other CV inputs other than the trigger which seems a shame.

The Lo and Hi Toms use the same sound engine as the Kick and run as independent channels side-by-side. They are not identical though as they have been tweaked differently to offer a higher and lower range and sonic differences. This time you have CV control over resonance which affects the pitch so you can get stuck in with some modulated variation and messing about. There’s a Retrig level for introducing flam or roll depending on the input gate length.

The Snare is a combination of white noise and a bandpass filter going through a decay VCA. Pitch is defined by the CV controllable resonance and the Decay also has CV control. They’ve done something very interesting in linking the Dual Tom into the Snare to offer further crafting on the body of the sound. If the Lo Tom doesn’t have its trigger connected then it becomes tied to the trigger of the Snare. While the Hi Tom acts as a notch filter. There’s a lot of scope for sound design in this section from beefy body snares to rim shots and hi-hats.

The Hats use a noise source going through a high-pass filter and into a decay VCA. CV control over the Decay lets you create a natural feeling open/closed hi-hat dynamic. There’s an external input that can be mixed in or simply run through the VCA when the Noise level is at zero.

Feeding in audio rather than triggers can transform Boubou into a quirky signal processor. The Kick section makes for a decent wave-folder. The Toms can act as a dual, high and low-frequency notch filter. Putting a VCO into the Hats input pushes the noise into following the root note of the input and produce some ring modulation.

The result is s comprehensive drum voice for your Eurorack that offers creative processing and alternative sound generation possibilities. I would have liked to see a bit more CV control and maybe a mix output. The look and build quality appear to be excellent and on the whole, Boubou is a stunning entry into Eurorack.

The price is yet to be announced and sound demos should be along very soon. 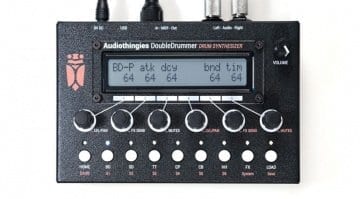 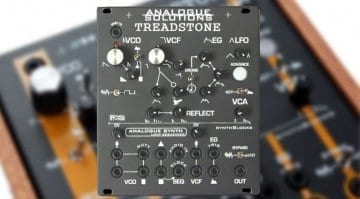 Treadstone for Eurorack: a full analogue voice and modulation for your rack