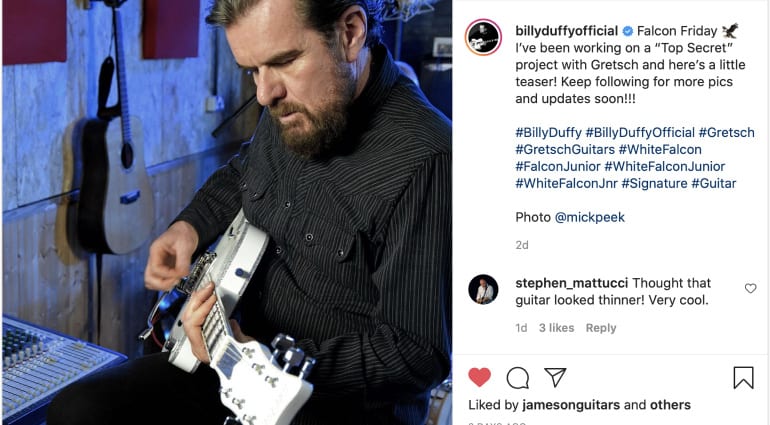 The Cult’s Billy Duffy has teased – later confirmed in a video – a brand new signature model White Falcon. This smaller-bodied version of his famous signature model is currently in its prototype phase, so we should see this new guitar in the near future.

Billy Duffy has teased an image of a new Gretsch White Falcon with a smaller body that gives his signature guitar a more restrained look. The Cult’s post-punk rock sound was based heavily around Billy’s Gretsch guitar. His existing signature model in white with silver appointments looks pretty amazing. 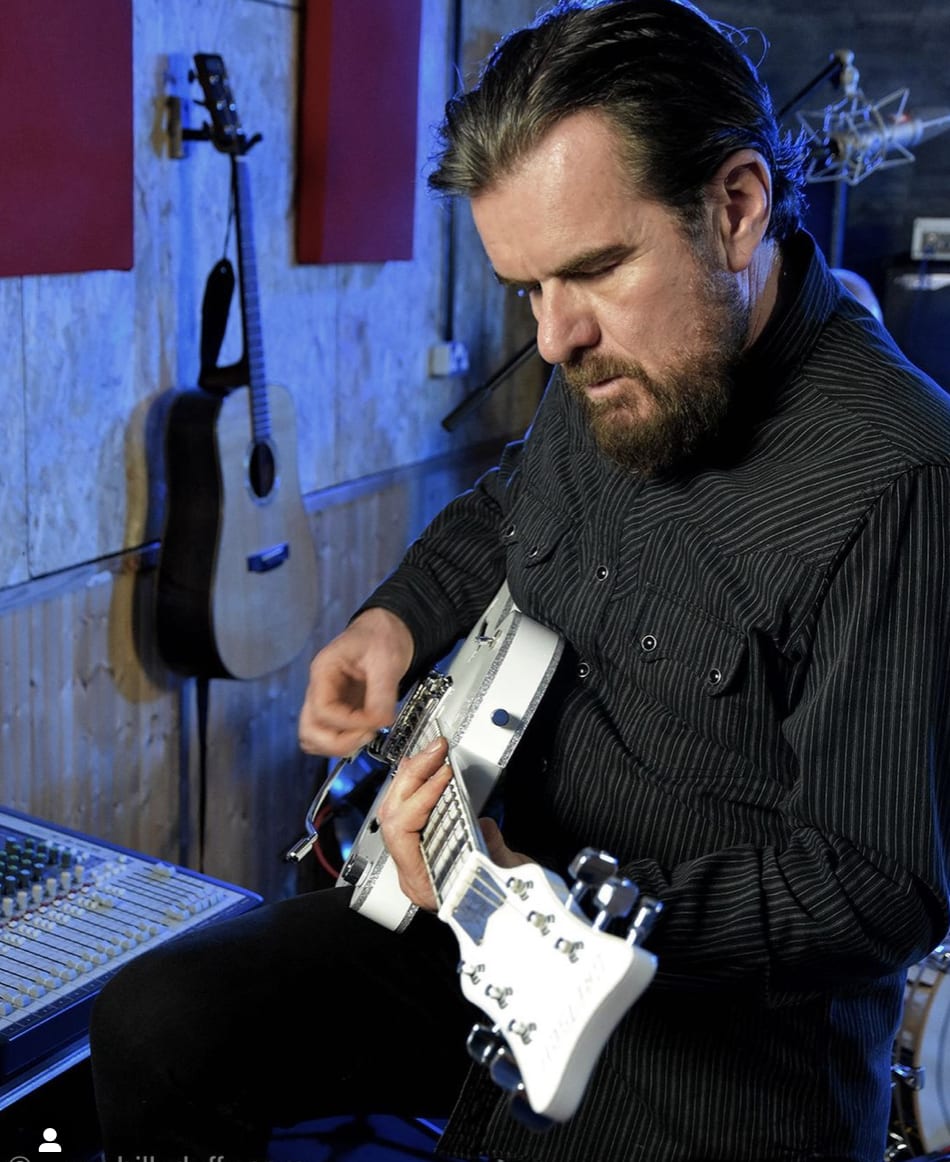 According to Billy’s Instagram post, the new smaller-bodied version was a “Top Secret” project at Gretsch HQ. For now, all we have is the image below, without any details on the guitar’s specification. But you can see it’s got a white finish and, like his signature model guitar, this one also has silver appointments and hardware throughout.

After yesterday’s leak of the new Friedman BE-Mini 30-Watt amp head, this news for a new signature model for Billy Duffy was later confirmed in a Tone-Talk video, on YouTube. Funnily enough, Dave Friedman is on the same show with Billy and they mention the BE-Mini leak before talking about Billy’s new Gretsch model.