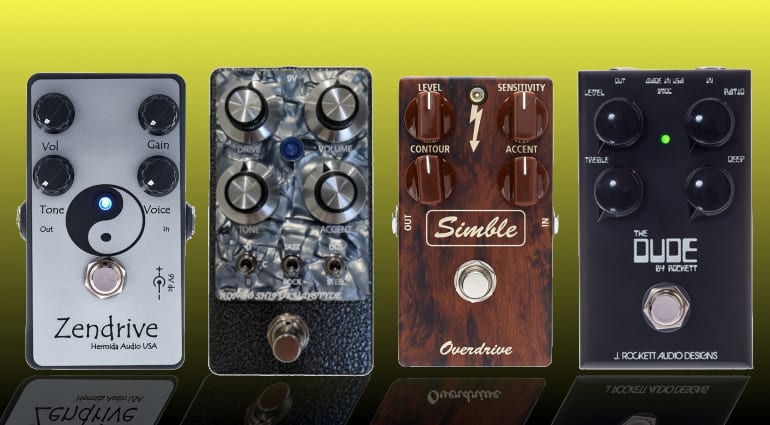 Let’s face it, most of us will probably never get to own a Dumble. And even if one could cobble up the cash to get one, they’re so rare, that it’s quite unlikely you’d be able to find one. And if you’re able to get through to Alexander Dumble, the man himself, there’s still a waiting list of several years.

So then, why is the market burgeoning with pedals that claim to give you Dumble-like tones, if almost no-one has one? Well, we might not ever have seen one up close, but we’ve all heard those sweet, singing Dumble tones, even if we weren’t aware of it.

Dumble started modifying amps back in 1963, and before too long, was building some of the most sought after amps for some of the most well-known guitar players. Larry Carlton, Robben Ford, Ben Harper, Carlos Santana, Eric Johnson, and Stevie Ray Vaughan are just a handful of the musicians who swear by their Dumbles.

If I were stuck on a desert island, I would have to have my original Dumble Overdrive Special. – Robben Ford

But their-in also lies the conundrum. There is no one ‘standard’ Dumble model. All Dumble amplifiers are built specifically to suit the needs of its user. So no two Dumbles are ever alike, even if they share the same model name. That being said, each model has some defining characteristics, with the most popular models being the Dumble Overdrive Special and the Steel String Singer.

Which finally brings us to the topic at hand. The Dumble style, or D-Style pedal, is as close as paupers like us are likely to get to the Dumble sound. But it’s not all so bad. Most D-Style pedals are actually used by well-known Dumble users in circumstances when it isn’t feasible to bring their favourite amp along. And I say paupers, some of these pedals will probably set you back hundreds of Euros. Still, nothing compared to what an original Dumble will do to your bank account.

A disclaimer: It’s important to note that, as far as we know, none of these products are endorsed by or have any affiliation with, Dumble Amplifiers. That’s that out of the way. Now on to the good stuff!

The Hermida Audio Zendrive* is probably the most famous of the D-style pedals out there. Designed by Alfonso Hermida, it’s based on Robben Ford’s Dumble tone, and is used by the man himself, when he can’t have his signature amp on stage with him.

It has the standard D-Style controls of Vol, Gain, Tone, and Voice. The Voice knob controls the total amount of gain achieved, while also adjusting the bottom-end response of the pedal.

Like all D-Style pedals, the controls are extremely interactive, and you could spend hours dialling in all sorts of sweet tones. 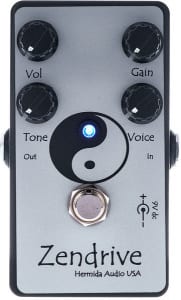 The Simble* is Mad Professor’s take on the classic Dumble Overdrive Special. It has four knobs labelled Level, Sensitivity, Contour, and Accent, which adjust the output, gain, tone, and pick attack respectively.

You can hear it next to a real Dumble Overdrive Special here. 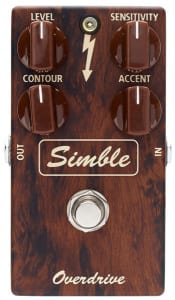 The DUDE* from J. Rockett Audio Designs is yet another D-Style pedal based on the Dumble Overdrive Specials owned by Robben Ford and Larry Carlton, and comes with the familiar four-knob layout. You can slowly see a pattern developing here. It has controls for LEVEL, or volume, TREBLE and DEEP which control the top- and bottom-ends respectively, and a RATIO knob that blends the gain with the clean guitar signal. 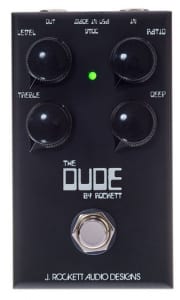 Demon Pedals‘ Kondo Shifuku D-Style pedal takes things up a notch by adding more controls, allowing it to imitate a range of Dumble sounds. It has controls for DRIVE, VOLUME, TONE, and ACCENT, which controls the tonal response from soft/vintage to harder and more modern styles. Underneath the four knobs are three switches. The B/C/D selector switch mimics the behaviour of the power-amp stage in a D-Style amp, B being ‘bold’, C ‘clean’, and D, or ‘driven’ simulates a cranked power-amp. The JAZZ/ROCK selector switches from a softer response (JAZZ) to a more aggressive response (ROCK). And finally, the OD/ODS switch lets you choose between different kinds of compression. Again, like all D-Style pedals, the controls are extremely interactive, and this unit can offer a wide plethora of very useable tones. 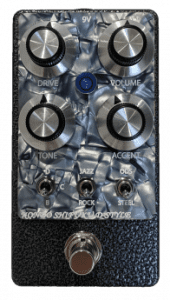 Dumbloid overdrives are handmade by Shin Suzuki, who is the main Dumble technician in Japan since the ’90s. So even though it’s expensive, the fact that it’s made by someone who has worked with Dumbles for the better part of three decades lends it serious credibility. And it’s still a fraction of the cost of the real thing. You get controls for DRV (gain), ACCENT (Cut/Presence), TONE, and VOL, and the famous JAZZ/ROCK switch which lets you choose between a softer and harder response. 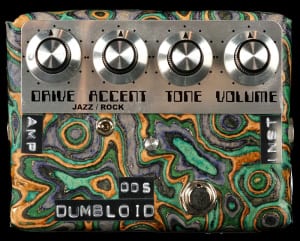 Another pedal based on the legendary Overdrive Special, the Weehbo DUMBLEDORE has two channels that share an active three-band EQ, and LEVEL controls. The DRIVE and MORE controls adjust the amount of the gain for each channel. There’s also a MID FREQ selector that let’s you select between 500 Hz, 1kHz, and 2kHz. 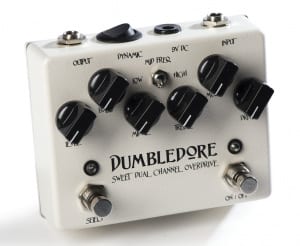 The Van Weelden Royal Overdrive looks more like a pre-amp than a pedal. Yes, this tends to happen with this type of pedal. And in many ways, it is. It has a four band EQ, and a MASTER and PRESENCE control. There’s also a three position BRIGHT switch, an A/B switch for clean and crunch modes, and a GAIN BOOST switch. 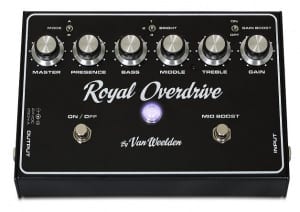 On the crazier end of the spectrum is the ETHOS OVERDRIVE. This dual-channel pedal has independent EQ and GAIN controls for each channel, plus a whole bunch of other features like Speaker Simulation Output, a DI Interface, and more. I’d like to try one out, but I find the simpler 4-knob D-Style pedals to be complicated enough. If my pedal has more than 6 controls on it, I fear my head will explode. 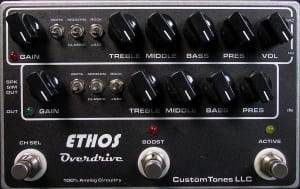 Obviously, this is a subjective list, and not an exhaustive one. Have we missed your favourite D-Style pedal off this list? Let us know in the comments below!