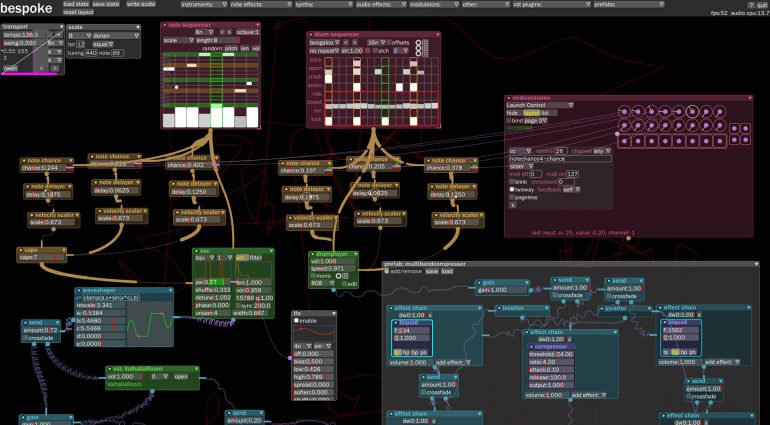 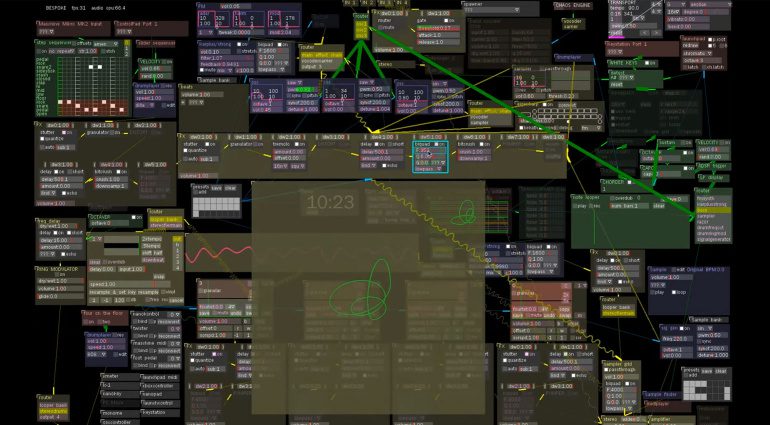 It’s not a DAW in the way we usually understand that word but it’s certainly software designed for music production. It’s one of those bits of software that looks nerdy, complex and probably impenetrable to non-programmers – but it doesn’t have to be. Developer Ryan Challinor says Bespoke is a bit like smashing Ableton Live to bits with a baseball bat and then asking you to put it back together. So, Ryan has taken all the elements and concepts found in music software and broken them down into modules which you can then patch together in familiar or new ways. The idea is that you can essentially create a “bespoke” layout that works for you – clever.

Most obviously it comes across as a modular synthesizer like Audulous or Reaktor. A place for patching together synthesis and sequences and it has over 190 modules to let you do that. But it can also be a live looper, a complex sequencer, it can host VST instruments and plugins, it can be a MIDI controller performance platform, and it can be a place for livecoding python (told you it was nerdy) and many more things besides.

Ryan developed it for himself and his own workflow but is opening it up to anyone who wants to give the blank void of Bespoke Synth a go. It can be a bit daunting because you have very little to go on when you run the software. You have to begin by exploring and experimenting. There are a couple of example projects you can load but they don’t tell you a whole lot. Also, all the building blocks are not there or at least not in a familiar way. I just spend half an hour trying to find a filter only to discover it’s there as part of the oscillator, so it’s not necessarily going to follow the rules you expect it to.

It looks fabulously mad and spacey though. I love how the patch cables animate with the signals that are passing through them. It’s both baffling and exciting and full of all sorts of potential if you can get your mind around it. Your best bet is to watch Benn Jordan’s video on it below!

Bespoke Synth is open source and completely free if you want to use it although the website encourages you to pay a few dollars to help out with the costs but it’s the same version regardless. You should definitely give it a go. 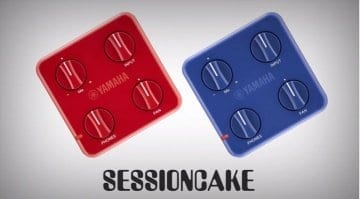 One response to “Bespoke Synth: A modular DAW for jamming and exploration”