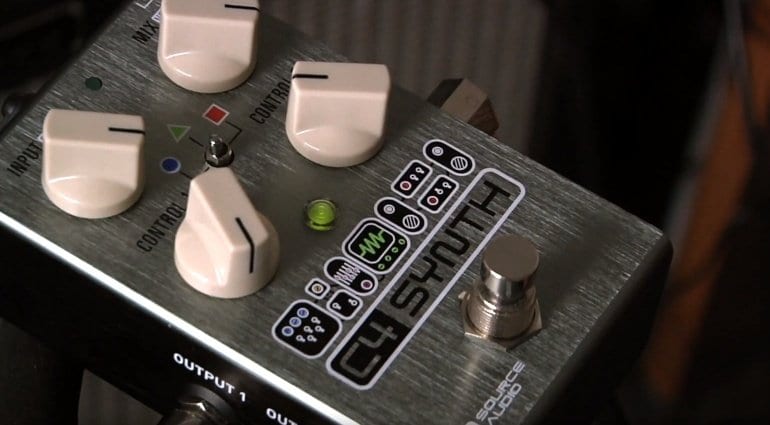 “Mind blowing” is the title of the promo video – and Source Audio might just be right. Its latest pedal is called the C4 Synth. It’s a digital, modular synthesiser for your pedalboard. After news broke a few days ago about a new Boss SY-1 synth pedal, Summer NAMM could become be bit of a synth fest – for guitarists!

“A Eurorack Modular Synthesizer for the pedalboard” is what Source Audio wants to give you with the new C4 synth effect pedal. Source Audio has long been known for their high-quality effects. Accordingly, this latest addiction to their range should sound very good and looks exceedingly useful.

The heart of the pedal is controlled digitally. But not via the pedal control knobs (at least not completely), but instead via the Neuro Editor, available as an app for smartphone, tablet or computer that connects via USB. In the editor, complete setups can be virtually linked and controlled as effects. Incidentally, the C4 Synth Pedal can also be controlled from your DAW with MIDI (CC and PC) via the USB connection. 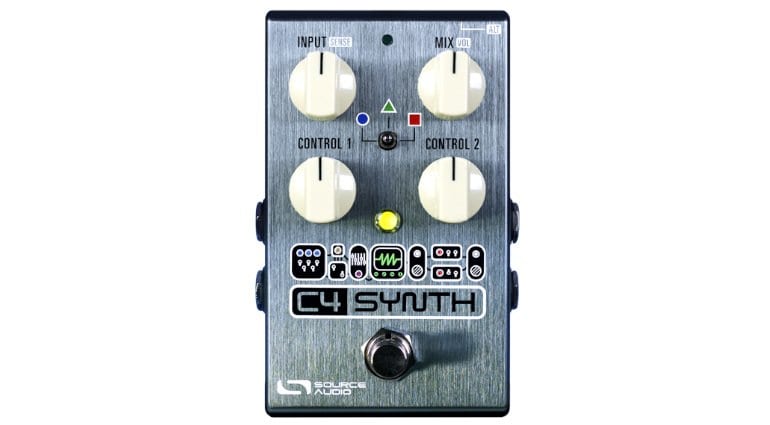 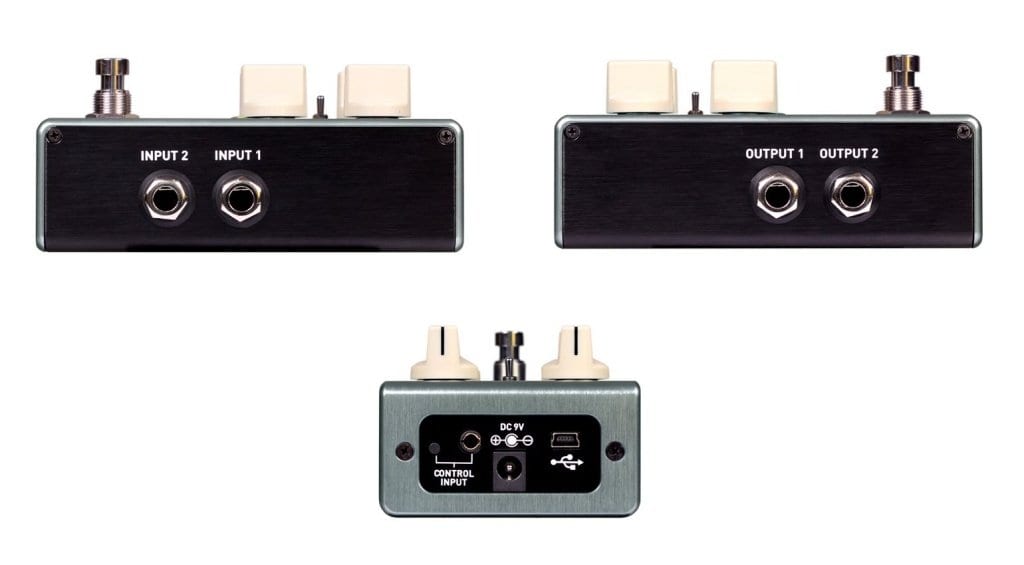 Ultimately, this might make it more tweakable than the new Boss SY-1 pedal. But you will have to put some work in on the editor software. This pedal may not be as intuitive and quick to use as the SY-1. If you really like to mess about with synths, though, then this could be tweaking heaven! 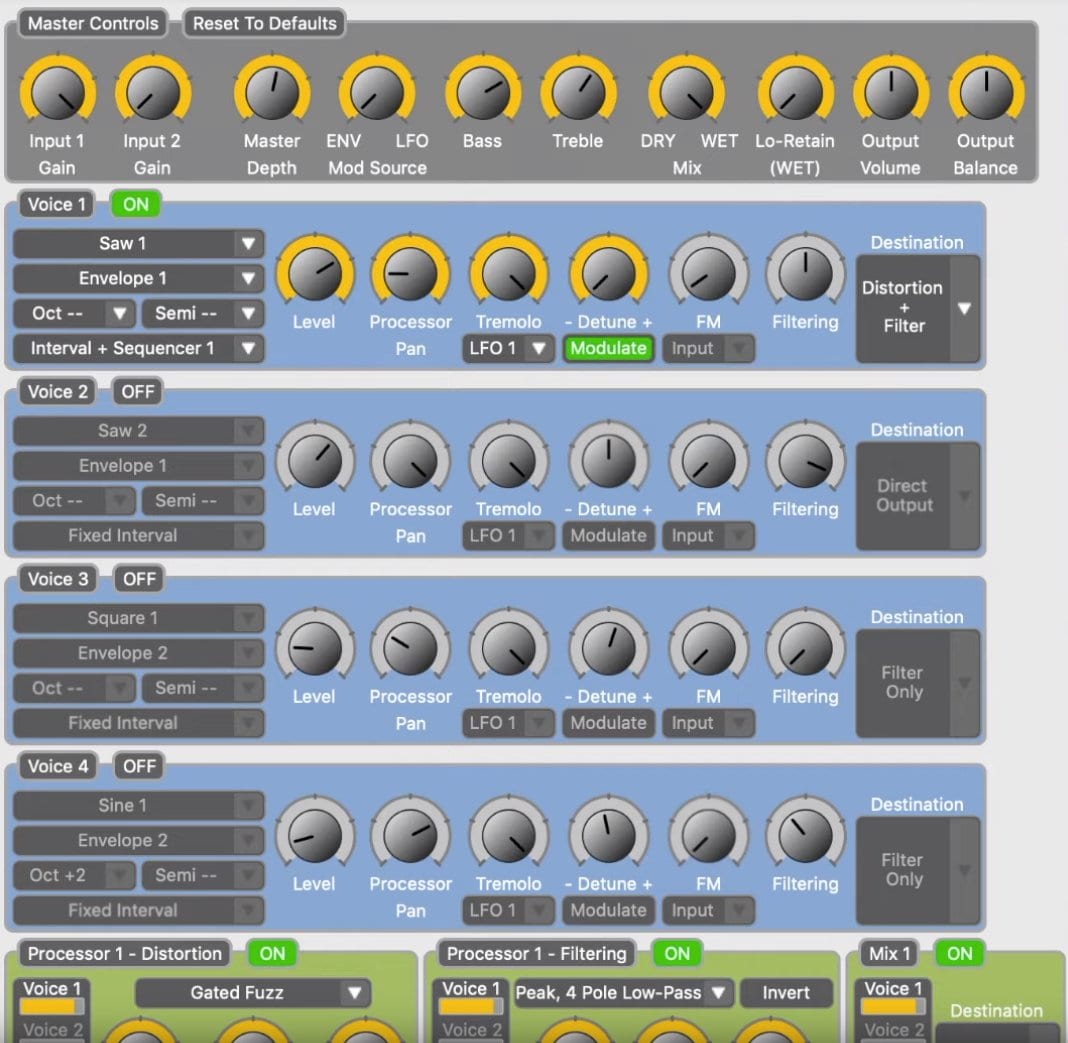 The pedal has two knobs on the top that can each be switched to two modes. Input doubles as Envelope Sensitivity, while the Mix knob can control Dry/Wet or the Master Output level. Also, Source Audio has included two controls, Control 1 and Control 2, which allow you to adjust preset-dependent parameters.

6 presets are immediately accessible via the small switch. You can alternatively exchange presets with the user community or build your own using the editor. This gives you access to three oscillators, eleven envelope followers, 25 filters, 14 LFO waveforms and two 16-step sequencers. Phew! By the way, the C4 synth supports mono and dual mono a.k.a. stereo.

I’m impressed by the sounds in the demo videos, but I’m not sure I would want to do the editing via the app myself. However, I know a lot of players will love this level of control! 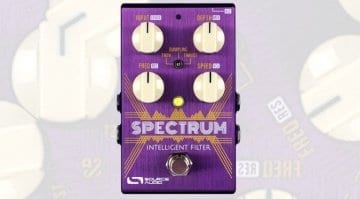 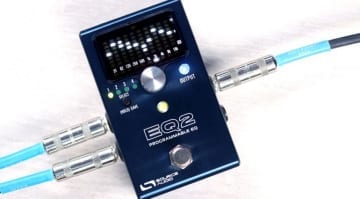