Spectrum by Source Audio is said to be the most flexible and powerful stereo filter effect pedal of all time. According to Source Audio, that is! Some bold claims indeed. But with 128 presets and deep editing via USB it certainly has many options for players looking for a comprehensive filter effect.

Source Audio’s Spectrum “Intelligent Filter” houses a filter effect you can program via an external USB input. The pedal is a stereo filter pedal – according to Source Audio the most flexible ever developed. It provides the typical filter sounds à la Autowah and co., but also adds octaves and distortions. 128 presets are pre-installed, 6 are accessible via the pedal itself, the rest via MIDI. The pedal contains 25 different filters, dual filter effects, 11 envelope followers, 14 LFO waveforms and 13 distortion effects in total. That is a lot!

On the top are knobs labelled Input/Sense, Depth/Mix, Freq/Res and Speed/Vol. The second level of parameters can be activated via the Alt button on the front side. This also applies to the 3-way switch with the presets in the middle. 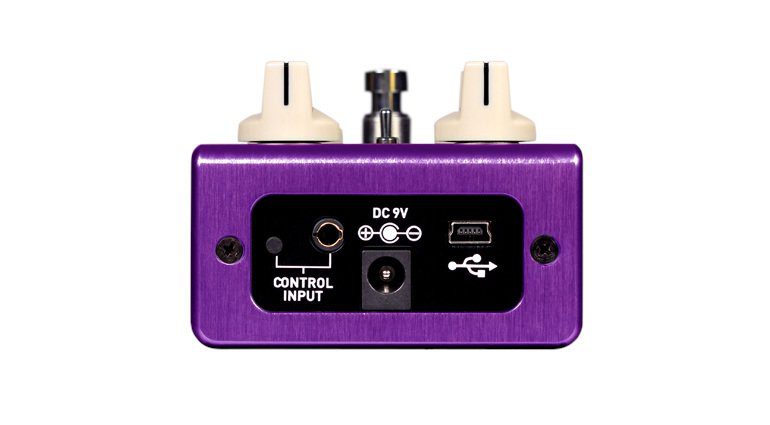 All of the Spectrum parameters and presets are accessible via the Neuro-Editor that lets via which you can “program” the pedal via Mini-USB connector from your computer, or the app for Android and iOS. A quick look at the manual suggests the level of editing available here is pretty comprehensive. The pedal can also be controlled via MIDI via Source Audio’s own Neuro Hub. It is operable in both mono and stereo, but can only be operated via an external power supply, so no batteries here.

Spectrum is slated for release in late September. One response to “Source Audio Spectrum: A stereo filter effect pedal with deep editing via USB”