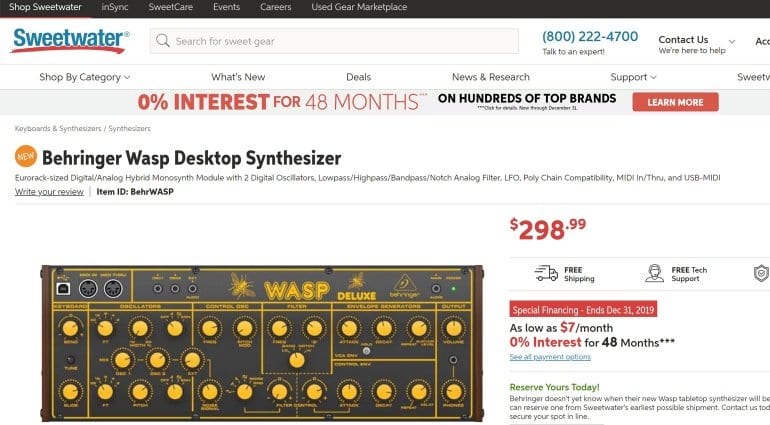 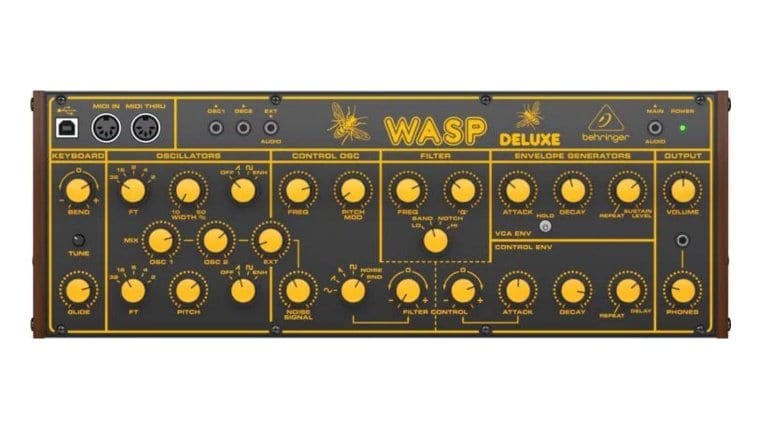 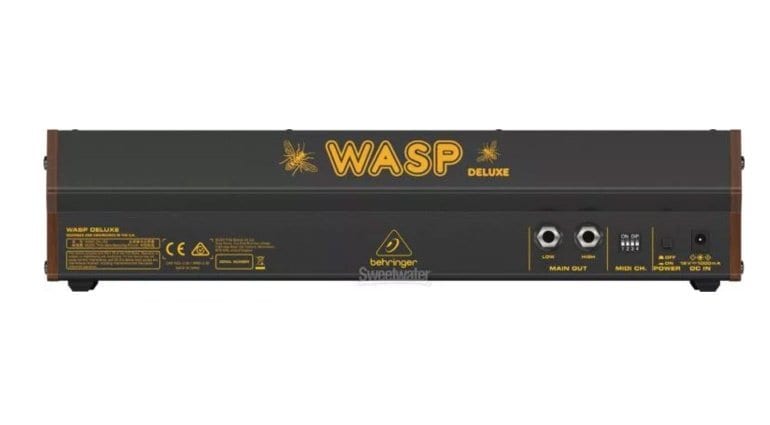 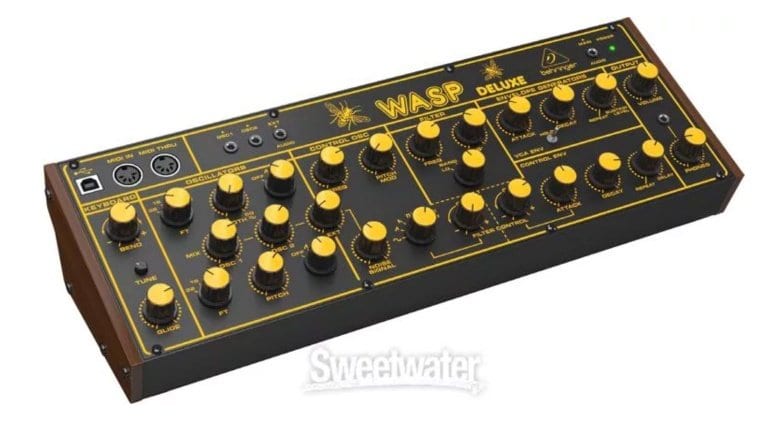 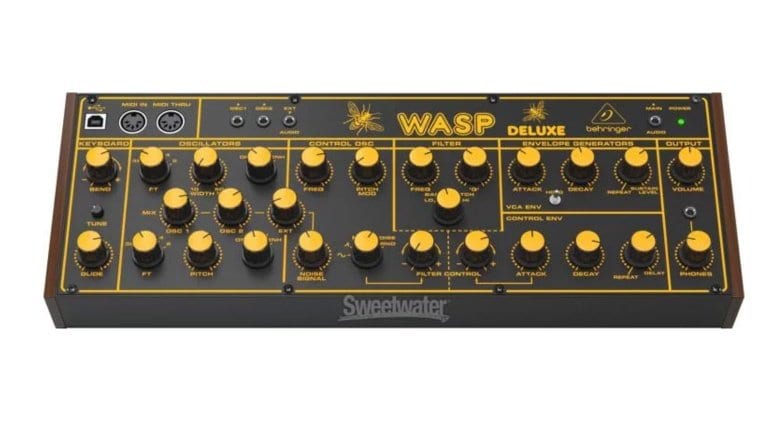 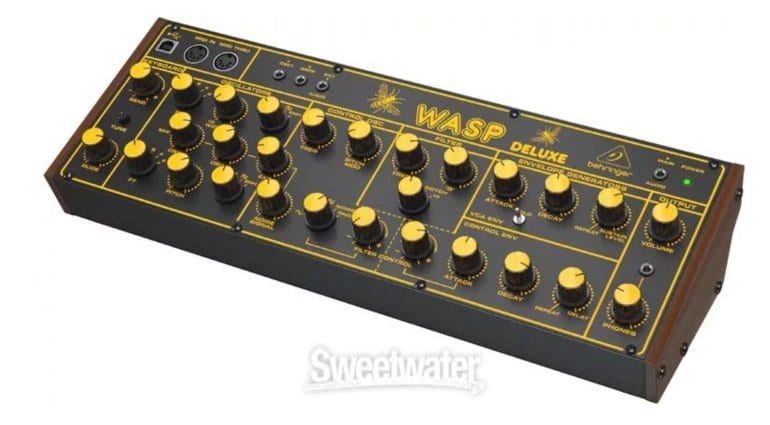 Sweetwater appears to have decided that the Behringer tease of a potential Wasp synthesizer was the trigger to release all the details, specs and images and to start taking preorders for $298.

The original Wasp was released in 1978 by Electronic Dream Plant and is distinctive because of its striking looks and deliciously raspy and gritty sound. It had dual digital oscillators with dual envelopes, and an analogue multi-mode filter and modulation section. The first Wasp had a copper plate conductive keyboard but with the Deluxe they built it with a properly mechanical keybed.

It appears that it’s the Deluxe version that Behringer has cloned by then decided against the keyboard, instead going for the same format as their Model D, Neutron and Pro-1. Other features of the Deluxe are an external audio input for the filter and mix controls for the oscillators – those are present on the Behringer. 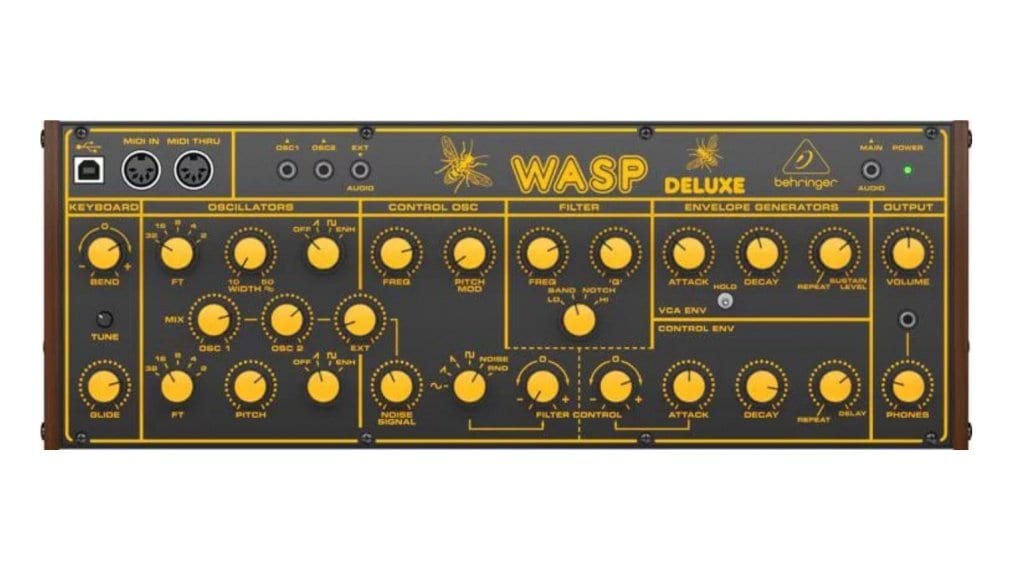 Other than a rejig of the layout it appears to be exactly the same as the original. Including the pulse width modulation on the first oscillator and the pitch knob on the second allowing you to set up intervals for a bit of pseudo polyphony. I’m really looking forward to hearing this little bug.

There’s no information from Behringer on the Wasp as yet so we can assume that Sweetwater is jumping the gun. The USA has been quite frustrated by the slower availability of Behringer synths over the Atlantic, maybe this is an attempt to get in there early by taking a lot of preorders. Or perhaps it’s just a mistake.

One response to “Behringer Wasp Deluxe synthesizer leaks all over Sweetwater”