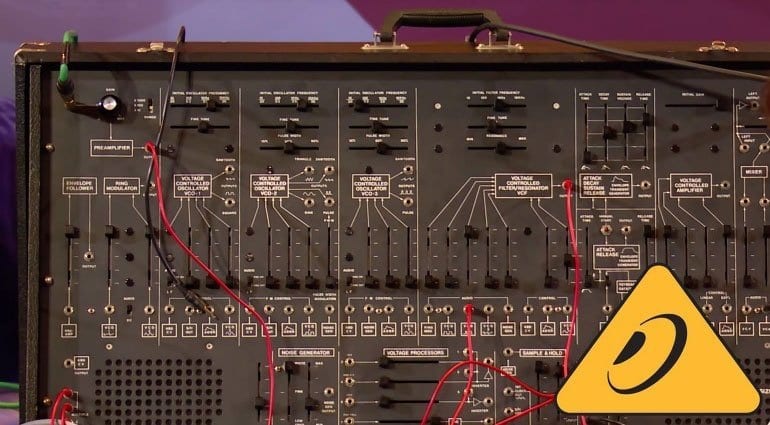 Uli Behringer has been posting again on Gearslutz in a thread that asks “what synths should Behringer make next”. He suggests that aside from the OSCar (presumably confirmed elsewhere) the ARP 2600 is “high on our priority list”. Uli stated the other day that they have 4 synthesizer development teams working on 20 synth and drum machine projects. They’ll be investigating classics as well as coming up with new and innovative designs of their own. As he says, it’s “exciting times”.

Attack of the clones

I find myself in a few minds about it all. One the one hand it’s like “yay, more synths!” and on the other it’s like “geez what’s he going to ruin now?” Behringer does have a reputation for knocking out cheap and sometimes crappy copies of other people’s hard work. But at the same time they are putting amazing tools into the hands of a broader and less exclusive base of people. Recent acquisitions, like Midas, have brought in some well-regarded expertise and a level of quality that has helped reshape that reputation. Their digital mixers and of course the DeepMind 12 have genuinely impressed and given the industry something to think about.

So, Uli has sourced the expertise to build synthesizers, he’s tested the market and found it desperate for affordable versions of classic synths and he has a huge factory in China ready to produce anything he wants. So why wouldn’t he follow his original dreams of building synthesizers? It is exciting times – who wouldn’t want access to amazing synthesizers?

My other mind asks the question whether it’s ok to feel uneasy about how, if you take something that’s aspirational and make it available to everyone, that somehow devalues it? I know through building my own modular synth that there’s immense value attached to these modules. The little independent people and small companies that have researched, designed and produced their take on certain classic filter designs or oscillators. Their modules come at a price and there’s something to be said for saving up and making careful choices. Then Uli comes along and says, here you go, a whole Buchla system for 400 quid. Is something lost in that? Is it just revisiting the old arguments of mass production versus boutique?

I think perhaps what concerns me is the oversaturation of the market. It’s like with software synthesis. We are awash with software sounds, to the point that I’ve given up trying to find the perfect preset from the gazillions on offer and have moved into intentionally preset-free hardware. I don’t think it’s necessarily good for the industry to have every classic synth available to us for very little. It could somehow drag us all down to sounding the same using synths that didn’t take any effort to acquire. So yeah, why doesn’t Uli make a couple of decent interesting synths rather than 20 variations on existing gear? I’m probably being overly romantic about it all.

But hey, synths are great – let’s have more synths!

Go and have a chat with Uli about what you’d like them to make on the Gearslutz forum. In the meantime we’ll wait expectantly for the proposed design images of the BOSCar and BARP 2600.