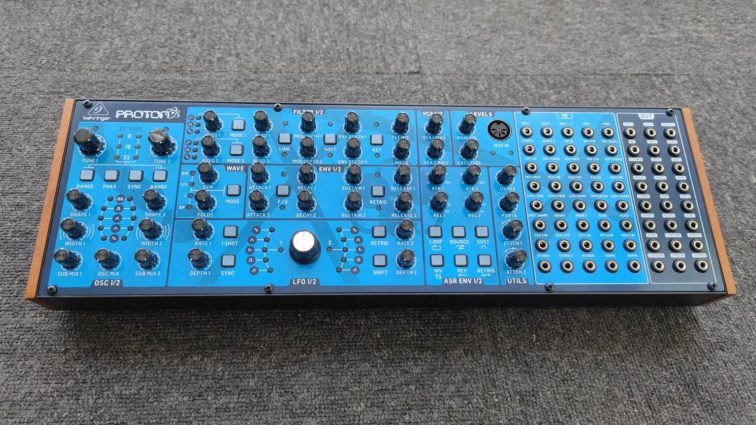 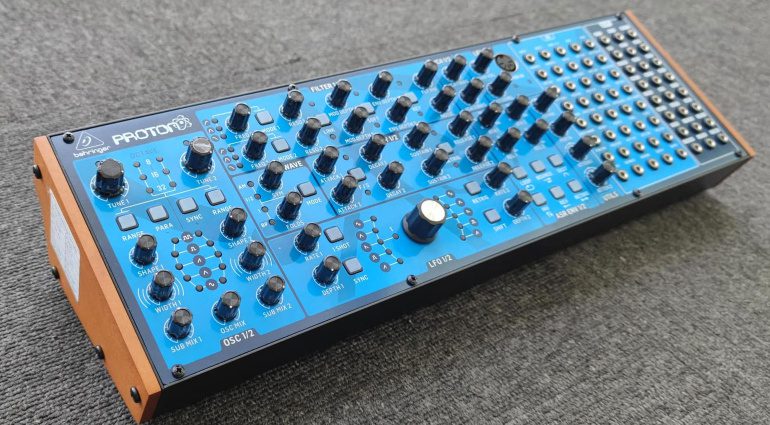 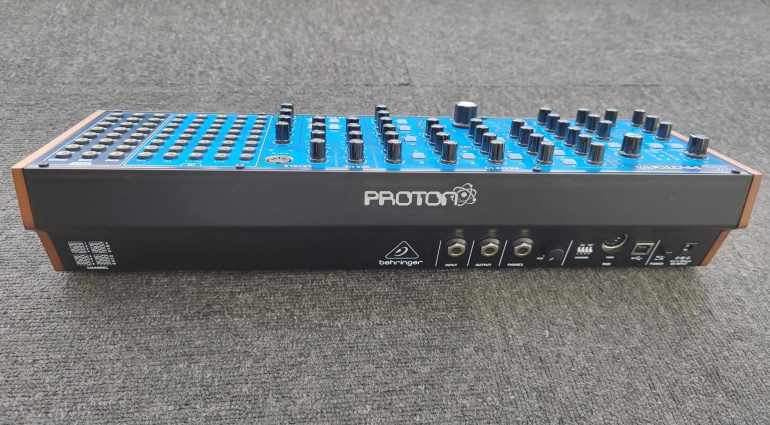 Next up from Behringer in the Proton. Conceived as a companion to and evolution of the popular and self-designed Neutron semi-modular synthesizer.

Behringer says it took a lot of hard work and 11 revisions to finalise the design for Proton. Perhaps it’s harder to come up with new ideas and designs than it is to work on recreating something that already exists? Anyway, it looks like the work has paid off because this comes across as very intriguing, complex and potentially super-versatile.

Proton has dual analogue oscillators with 5 waveforms, sync, PWM and independent sub-oscillators. The waveforms can be morphed between for added tone blending. It has dual analogue multi-mode, self-oscillating filters that can run in parallel or series. There’s a ton of modulation with 2 ASR envelopes (which can loop in many directions), 2 ADSR envelopes and 2 LFOs. There’s a wavefolder, noise generator and a whole host of useful utilities to broaden the patching experience. And talking of patching that patch bay is huge! Apparently, there are 64 patch points. A paraphonic mode releases the oscillators into a couple of notes of polyphony which is nice. 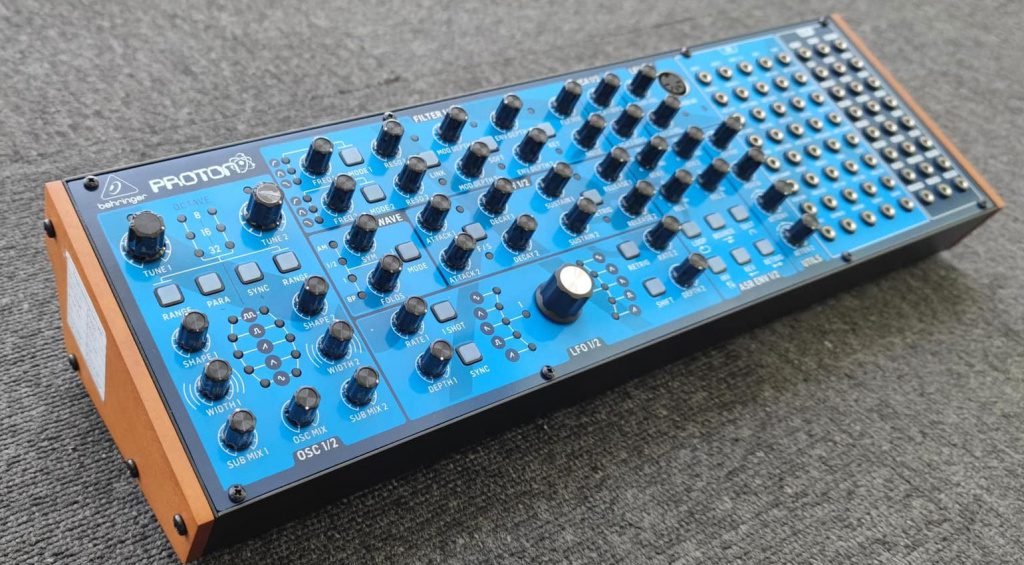 Proton is practically dripping with features, modular routings and potential and at $299 the price is excellent.

There’s not much wrong with this one and I always enjoy it when Behringer does their own thing and Proton shows that they are more than capable of doing so. 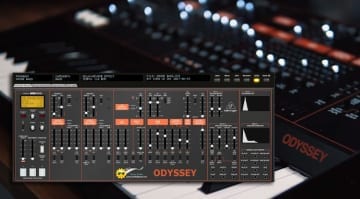