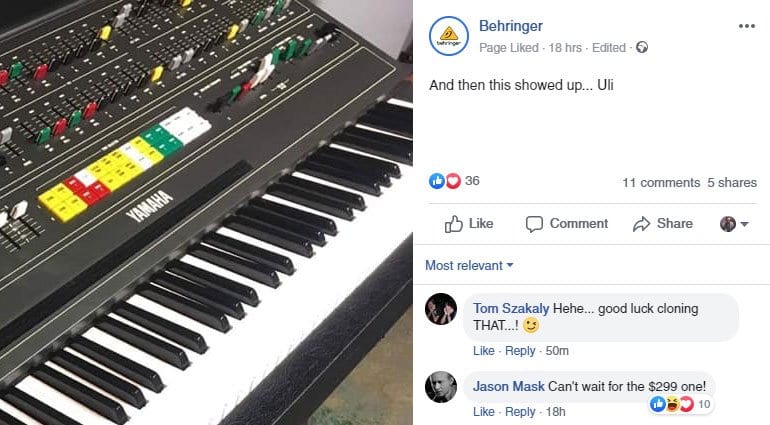 A few days ago I reported on how Yamaha has been casually asking their users whether they would be interested in a reissued or an evolved version of their classic CS-80 analogue polysynth. The overwhelming response was “YES PLEASE!” and there were dancing and celebration in the synthesizer community. Behringer reacted slightly differently by posting some very provocative comments on social media.

Update: And now they’ve confirmed that they’ve been ” working on coming up with our own DS80 version”.

First of all they posted an image of the back of a CS-80 showing the serial number of what must be their own one. The comment was “I’ve been thinking about this… Uli”. Presumably, this is supposed to be from Uli Behringer teasing the idea that he’s thinking about making a Behringer version of this classic Yamaha synth. 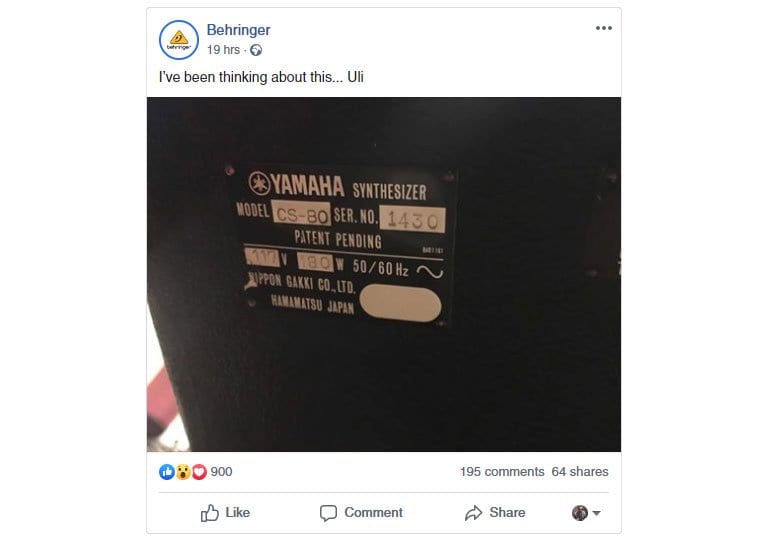 I wonder if the fact it says “Patent Pending” is relevant at all?

They followed that up with another post a little while later featuring a couple of photos of the front of a CS-80 with the comment “And then this showed up… Uli”. 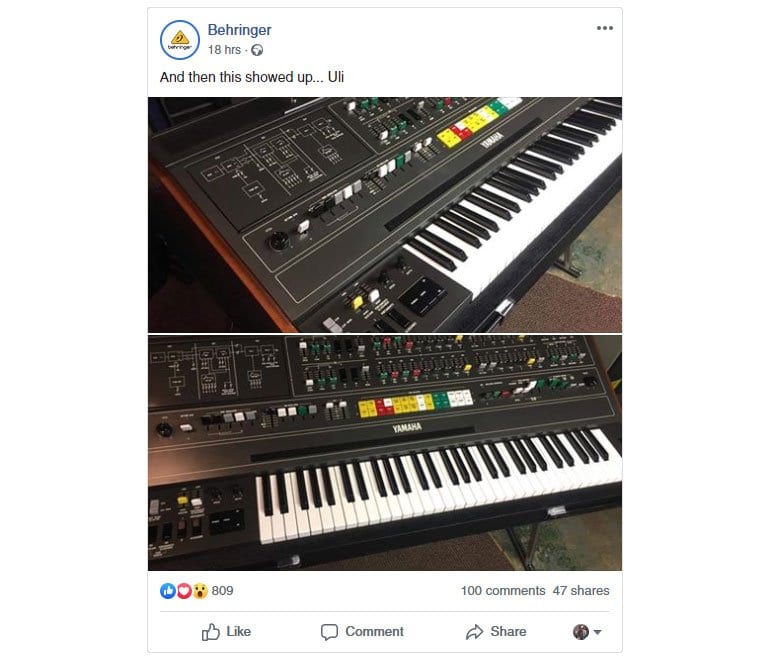 This set the internet alight with comments about whether Behringer was going to clone the CS-80 and whether they had any right to do so. Making these sorts of synthesizers is hard and it would be quite an undertaking if Behringer did decide to build a homage to this classic synth. It just be Behringer having a bit of fun.

It does feel a little bit of shame though with regards to Yamaha. It’s taken Yamaha so long to wake up to the idea that the CS-80 is probably their coolest ever synthesizer and they really could capitalise on it. But if Behringer was to release something probably just as good for what is likely to be half the money then you’ve got to feel for Yamaha. On the other – fabulous polysynth for peanuts – yay!