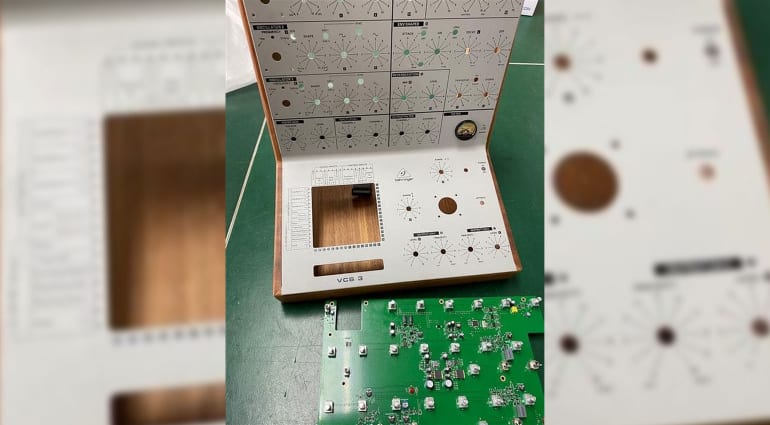 Someone at Behringer must have a decent phone camera or is the tiny size of their photos intentional? However, their rumoured VCS 3 clone is revealed.

Back in June 2019 Behringer hinted at a Putney clone with a render of a pin matrix. They followed it up a year later with a similarly dodgy photo of a pin matrix board they were working in for what we believed to be for a Synthi clone. It was on the list of synths they were looking at that came to light in the great leak of 2017.

And here we are. Behringer has revealed the beginnings of a prototype being put together and it’s looking like a pretty good approximation of the Synthi VCS 3. Everything seems to be in the right place although (shock, horror!) the VU meter is round rather than square so it’s not going to have that authentic square VU sound. I guess some compromises are inevitable.

The VCS 3 was created by EMS in 1969 in Putney, London, hence the name. It was one of the first portable synthesizers you could buy for the princely sum of £330, which is about the price of a new car in 1969. It has 3 oscillators, the third one also acts as an LFO, a noise generator, ring modulator, 24db/Oct low pass filter, trapezoid envelope generator and a spring reverb. It was distinctive because of the joystick controller and the pin matrix which was use for signal and modulation routing. Apparently, the tuning was terrible but it’s certainly a classic in looks alone. 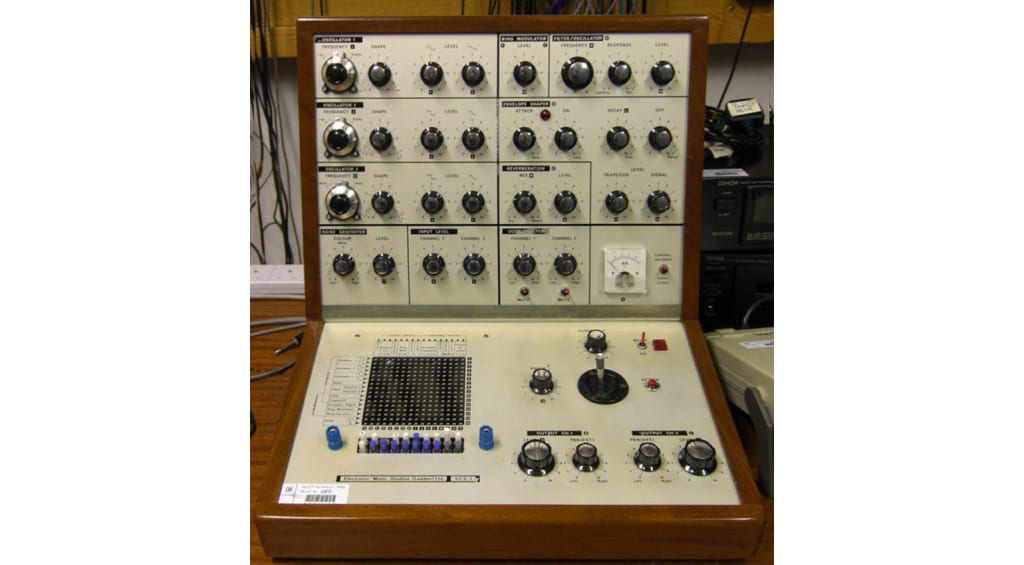 Looking forward to seeing what the finished article will look like, sound like and be priced at.