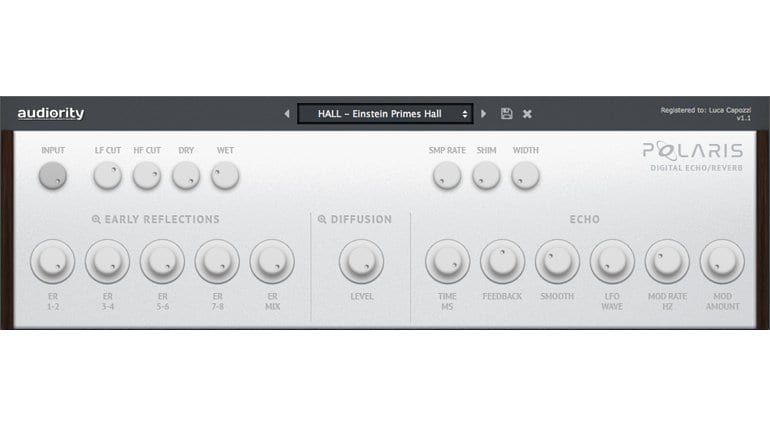 Updates can be just a series of bug fixes, or compatibility improvements as new operating systems and DAW versions are released. This latest update to Audiority’s Polaris echo/reverb plugin contains some of these technical improvements, but also throws in some cool new features. This isn’t just another reverb plugin any more, it’s a composition and production tool, too.

As well as some fixes including improved GUI resolutions, v1.1 adds 3 new tools. First up is a ‘Shimmer’ control which adds an almost ‘airy’ synth sound based upon the source signal. I can see this becoming part of many arrangements. Secondly there’s a sample rate reduction control for adding a lofi sound to the source, which actually sounds a little more like saturation than just straight forward sample rate reduction. Finally there’s a width control for enhancing the stereo spread via a ping-pong style delay, which can of course be synced to your project. I like the look of all these new features and I’m sure they’ll prove to be creative tools that feature in many productions, either as a subtle hint or as a special effect.

Available now, the plugin can be purchased for 35 EUR until the end of the month, whereafter it will be 45 EUR. This is a great price for some additional ammo to add to your plugin arsenal.

Here’s a YouTube video from Audiority’s own channel, demonstrating the creative ways in which you can work with this reverb plugin: 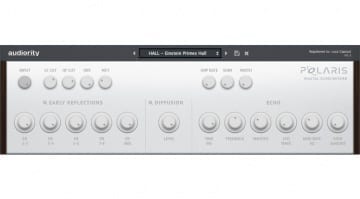 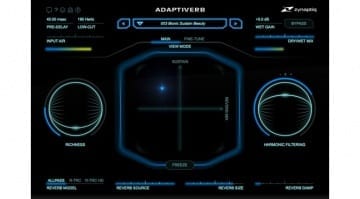 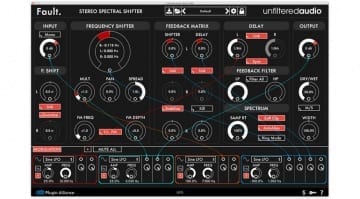 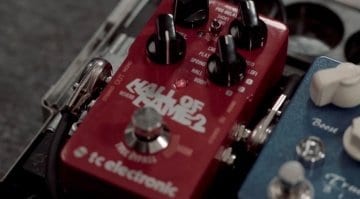 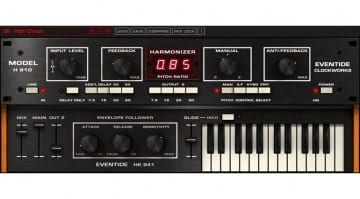