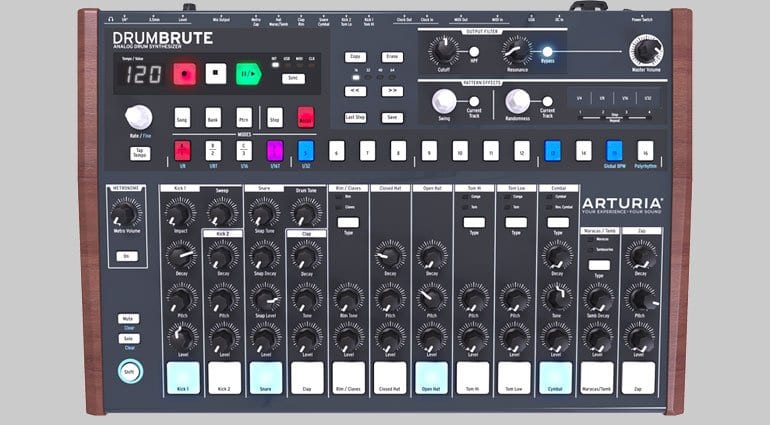 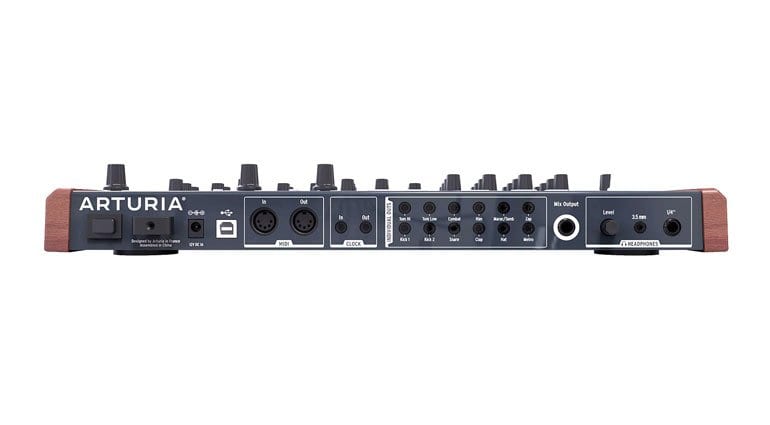 Arturia almost managed to surprise and dazzle us with a top secret product, but it leaked the night before. However, that’s not to take away any of the dazzle because the official details are always so much better than dodgy photos and sales copy. The DrumBrute is here and it makes ladies dance.

Oozing the usual Arturia style, the promotional video has a female dancer getting lost in the awesome beats. Is it in fact some kind of remote brain and motor function controller? Perhaps it’s a scene from Westworld? Whatever it is this photo is rather unsettling – what is he doing? 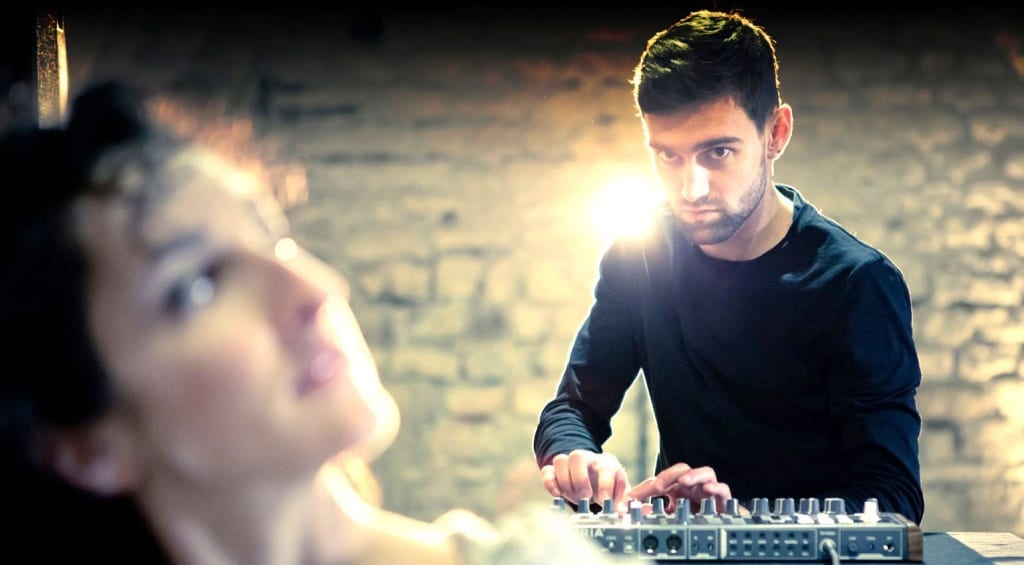 Anyway, the DrumBrute is an analogue drum machine that follows the classic Roland TR format with a sprinkling of Arturia’s flair and creativity. It contains an odd number of 17 analogue drum and percussion instruments, a sequencer, loads of sockets, a two-mode Steiner-Parker filter and dynamic performance controls.

Every sound is fully analogue, brought from the Brute family of synthesis, and it’s fully polyphonic allowing all sounds to play simultaneously. The 17 sounds cover the usual 808, 909 suspects, plus some modern snappy sounds and an unusual reverse cymbal sound. They say it’s the first one ever – could be? Each sound has 24 editable parameters. Some are available directly on the front of the unit – pitch, tone, decay – the others are probably accessible via the MIDI control centre which also gives advanced controls over the patterns and sequencing.

The sequencer offers 64 steps and 64 patterns and you can either step sequence or play right in. As you can imagine, creating a beat is incredibly easy. At a touch of a button you can record automation and edits on the fly.  There are swing and randomness options to give it a more human or perhaps glitchy feel. The filter offers high and low pass options and works over the entire mix. There’s a loop strip which creates a beat-repeat style effect. A polyrhythm function lets you alter the timing of each sound individually.

Along with USB and MIDI in/out ports you also have a clock in/out and then 12 individual outputs. Couldn’t quite make it 17 outputs I guess? There’s no additional CV/Gate connectivity which is perhaps odd considering how many other products in the Arturia range do. It could have been interesting to take the sequencer out to other gear or let control voltages from outside affect parameters in the box.

At £379 it’s aggressively priced when you consider the nearest fully analogue competition is probably the Dave Smith Tempest which is over £1000 more. Or maybe the Elektron which is still over £1200. It sits nicely perhaps along side the Roland TR-8 and the new TR09 and is of course more expensive than the Korg Volca range but offers a heck of a lot more.

Order one now from the website and you can expect it to ship on November 17th. More information available on the Arturia website.