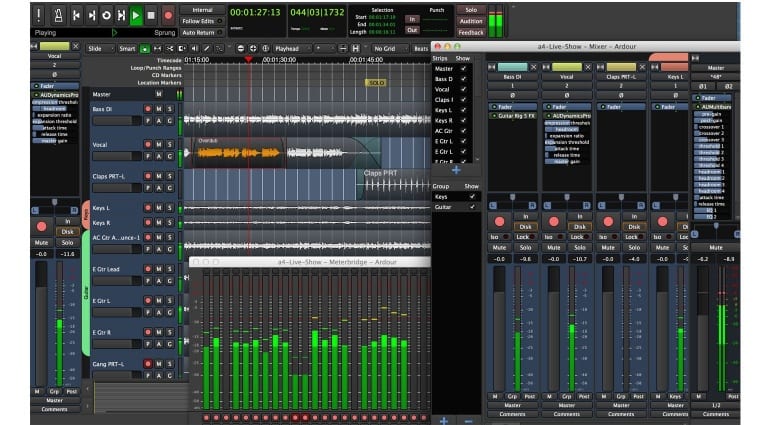 Ardour is the original open source DAW built on Linux. With version 4 released last year it got official OSX support and very unofficial and unsupported Windows compatibility. With the all-new Ardour version 5, Windows gets the full nod along with a load of new enhancements in this major update.

Open source software tends to lack the finesse of commercial products in the areas of aesthetic design and the graphical user interface. Ardour has done a lot, first with version 4 and now with version 5, to offer a decent looking recording environment. The innovation in version 5 is streamlining the multiple window approach into tabs. You can have editor windows, mixer console and preferences available as tabs in a single window. These can be torn off to sit on other monitors or be arranged however you like. 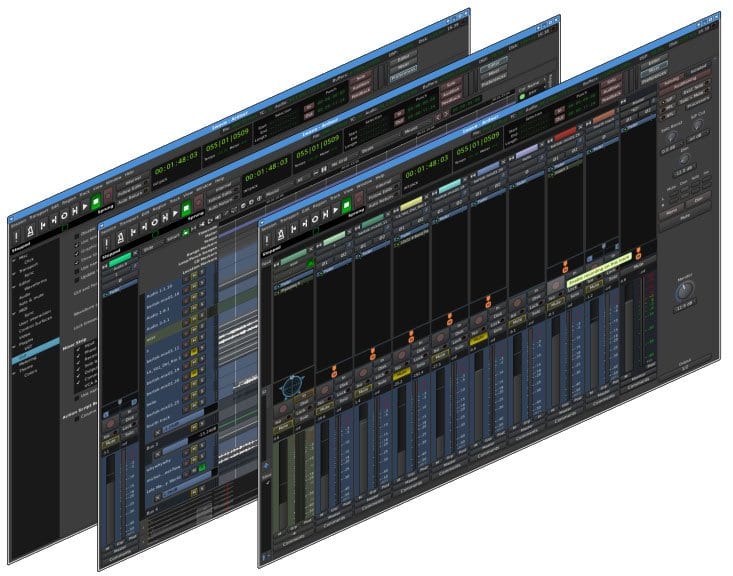 There’s a new graphical tempo editor. This allows tempo to speed up or slow down in response to a drawn “ramp”. This runs along the timeline making it very clear and easy to use.

Yikes! This is exactly what’s both awesome and hideous about open source software. The fact that you can get into the nuts of it with a bit of coding is very cool if you’re into that sort of thing. Version 5 supports the Lua programming language enabling script writers to implement all sorts of functionality. You can create synths, filters, signal processing or slap in other people’s scripts to really mess things up. Most of us run a mile from these sorts of things – which is fine as well. 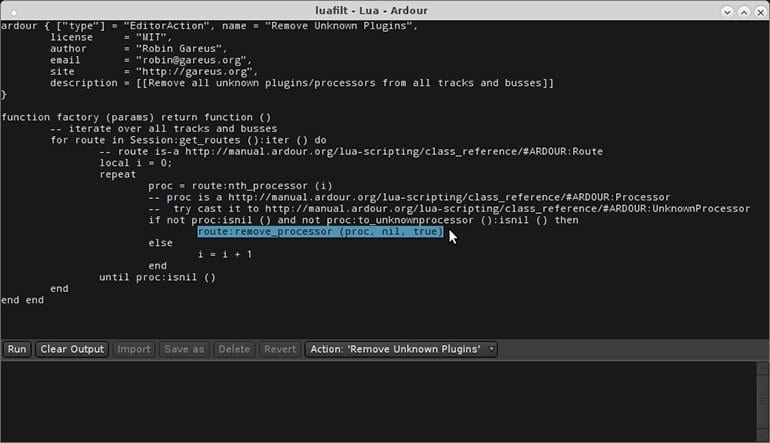 Getting connections under control

Ardour is very configurable to the point where you can easily route sound to nowhere and find that you’re not hearing what you should. Version 5 brings in full graphical control over plug-in wiring. This brings in an enormous amount of creative possibilities while at the same time making it more obvious what is wired to where.

For the first time Ardour comes with a bunch of plug-ins – albeit a small one. It’s the usual suspects, a compressor, EQ, reverb, delay and filter, all with very unimaginative graphical editors. However, Ardour has another trick up its sleeve. These plug-ins can display information “inline” in the mixer so you don’t have to look at the GUI at all. It can do it with third party plug-ins as well provided they support it. Parameters have been available inline for some time but this brings in a graphical display of what’s actually going on – which is a really interesting idea.

There’s a load more changes under the hood and to areas such as OSC and MIDI support. There’s also 5 new colour themes available to spice things up a bit.

It’s amazing that a DAW as comprehensive as Ardour continues to exist and develop. It appears to be in constant danger of disappearing. However, with the Windows support finally there and the recent connection to Harrison Mixbus this is the strongest version yet. It relies purely on donations and people subscribing to receive support and updates. It is free to download and use but maybe if it’s helping you make music then it might be worth a few of your dollars.

More information on all the new features and updates on the Ardour webpage.