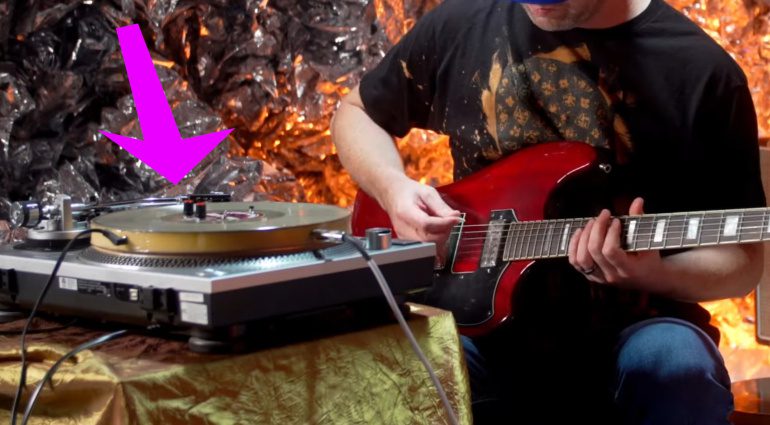 A record that is also an effect pedal?  Yes, that is correct and you aren’t going mad. The band Brother O Brother has teamed up with A.D.D. Pedals and crossed their latest 12″ vinyl album with an effect pedal. Let’s take a closer look. This crazy concept has two huge disadvantages. Though it is kind of cool.

The US garage rock band Brother O Brother are about to release a new album on Romanus Records. The record, “Skin Walker” also offers the possibility to use the record as an effect pedal between your guitar and amp. For this, they have contacted the US boutique company A.D.D. Pedals (Audio Disruption Devices) and together this 12″ monstrosity is now a reality!

Specifically, there are two limited models: one with overdrive and one with delay.

The overdrive/boost pedal comes with a channel-switching control toggle and the delay pedal has four different delay modes. Controls for each effect’s parameters will be located on the record’s centre label. 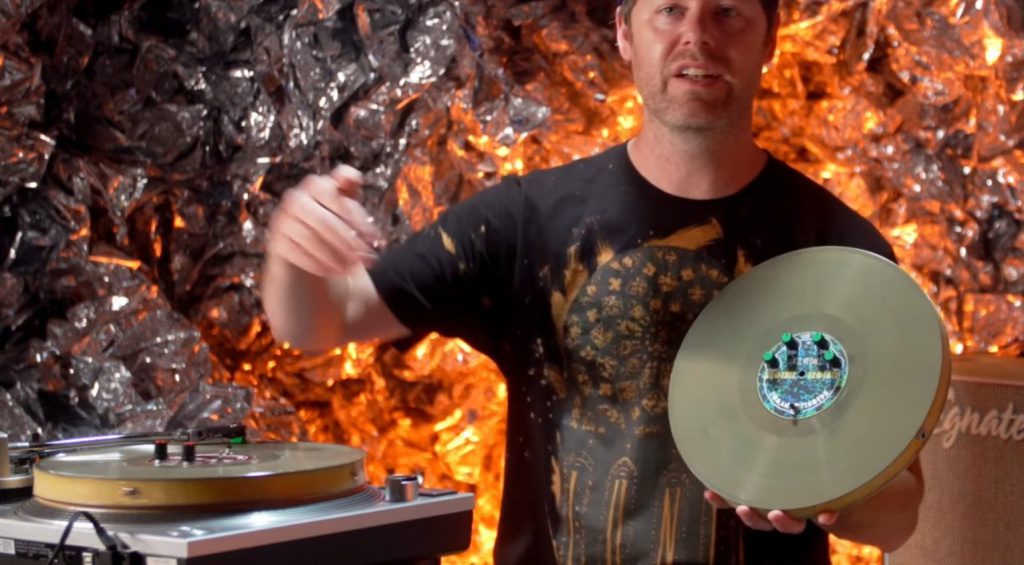 A record and a pedal?

The concept, as cool as it seems at first, has two major disadvantages:

I do still think that they are cool and have a wow factor. They are completely impractical though. Plus, the record itself only has one playable side. I would own one though, so maybe I’m just a sucker for pedals and vinyl? 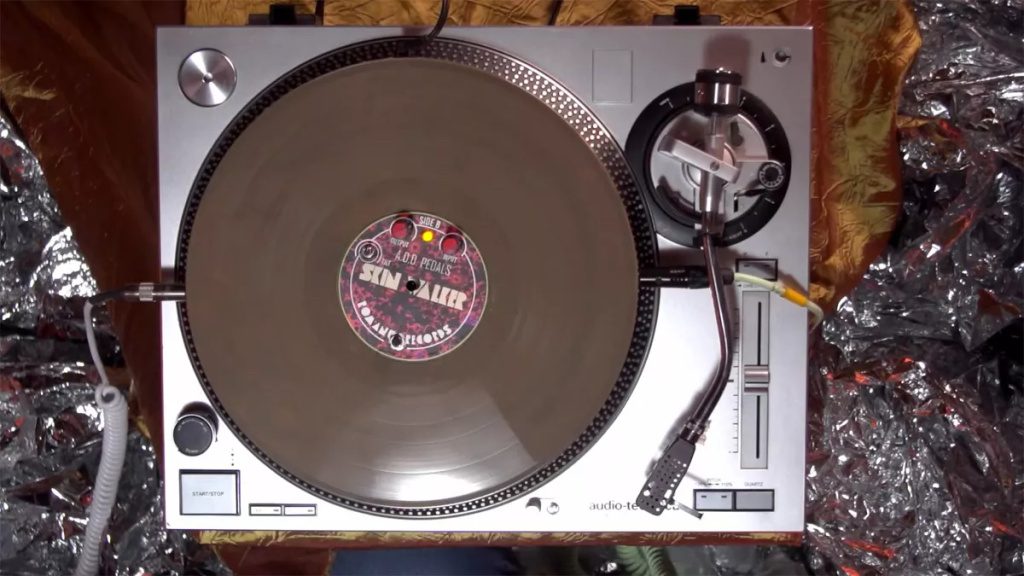 One playable side and some effect pedal controls

The Skin Walker vinyl pedals will be limited to only 35 units and will go on sale this Saturday, September 17  at 3 pm EST. The last oddball pedal shape of note was the Slice Of Pie pizza slice pedals, but they were at least able to fit onto a regular pedalboard setup.

Do you have any idea how to better make the combination? Or do you see any further disadvantages that we have not noticed yet?

You can listen to the video below and see these in action. 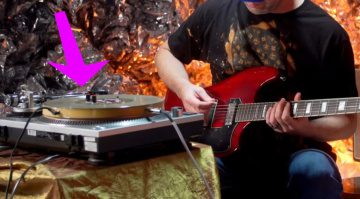 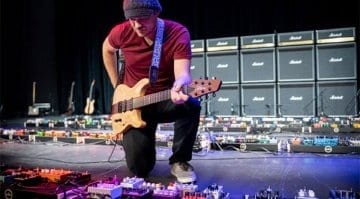 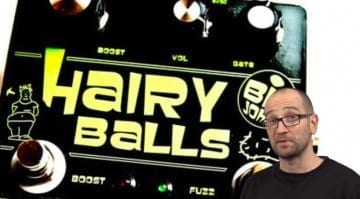 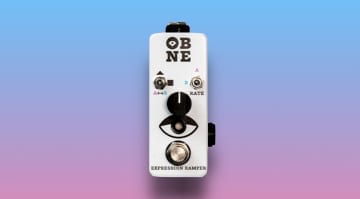