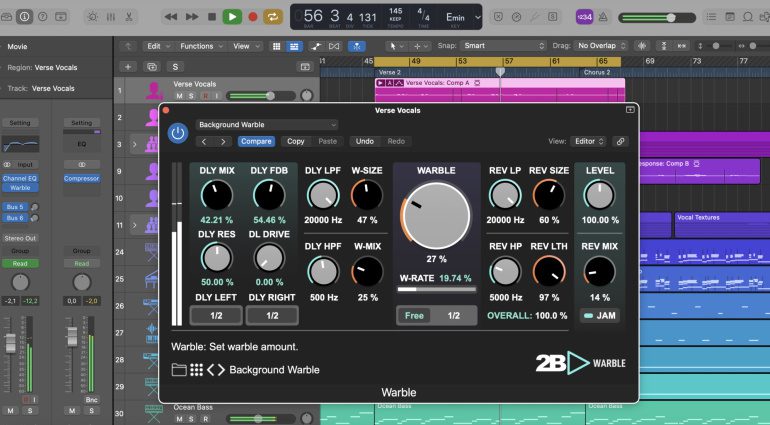 Developer 2B Played put together a respectable collection of affordable plug-ins. They are also clearly conceptualized and creative – the hallmarks of a developer who knows exactly what it’s doing. 2B Played’s latest release is Warble, a plug-in capable of delay and reverb effects with a twist.

The delayed signal and part of the reverb signal are controlled by smart oscillators. The presence of 2 reverb engines makes it possible to separate the warble and oscillator-controlled signals from the output reverb signal in terms of size and strength. Here’s more about the plug-in and its interesting concept…

Onto the warble oscillators. These can be controlled with the Warble size and Mix settings along with the Rate bar. You can freely adjust the rate or sync it to your project tempo. There’s also the choice of position timing which makes the effect sound the same at each position of your DAW’s playhead. This kind of interesting, quirky functionality is something which sets 2B Played plug-ins apart.

Being a time and modulation-based effect, Warble can pull off all the spooky ambient stuff. Or, applied subtly, it can be a vocal doubler, synth thickener, and just an all-around creative processor. The user interface facilitates that with a clear-cut set of controls leaving no room for confusion. Twist knobs, hear results. I can dig it!

2B Played Warble – Price and availability 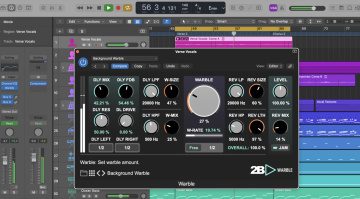 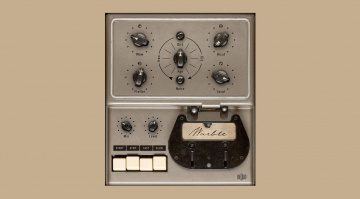 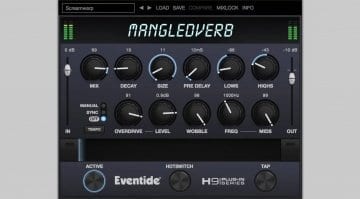 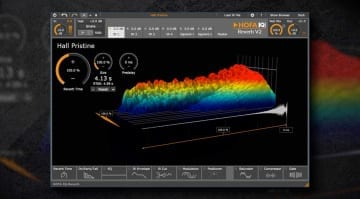