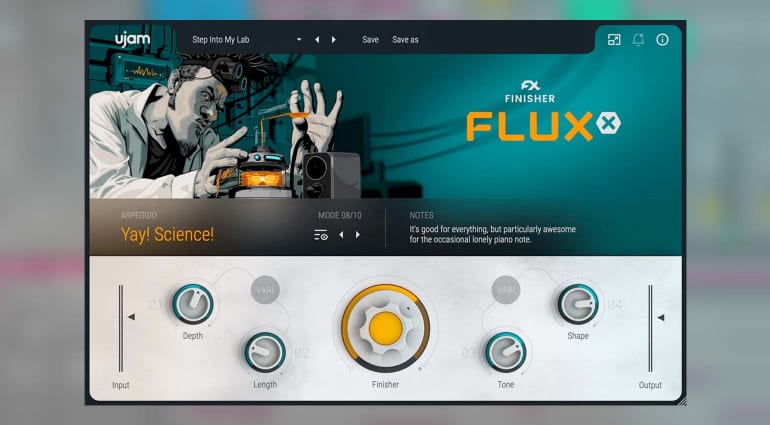 With the Finisher series, developer UJAM introduced its concept for plug-ins that make major changes to your audio with just slight movements of the macro controls. After Neo and Voodoo, there is now Finisher FLUXX – a plug-in that should finally turn you into a mad sound scientist. Finisher FLUXX is an effects laboratory with a clear interface and simple operation.

The aforementioned concept seems to be working well for UJAM, so you won’t find any radical changes compared to the rest of the series. A handful of macro knobs adjust the sound, ranging from subtle to completely insane. What really happens under the plug-in’s hood, however, remains classified. Think of Finisher FLUXX as a black box – what comes out of it is more interesting than the processes happening within. Judging by ear, though, effects such as saturation, delay, double tracking, reverb and phasing definitely play a role here, alongside other types of FX.

Automation support and MIDI control are, of course, also provided. When switching through the 100 presets, there are several small notes that give you a recommendation for dealing with the so-called “modes.” Each mode is basically an FX preset with 4 macro controls that are unique to it.

All in all, if you don’t want to assemble wild combinations of FX yourself, Finisher FLUXX is a kind of plug-in that does that and lets you have fun. Its developers definitely know a thing or two about sound design.

UJAM Finisher FLUXX runs as a VST, AU and AAX plug-in under macOS (10.11 or newer) and Windows (7 or newer). A limited demo version and an online user manual are available on the manufacturer’s website.

ujam Instruments · Finisher FLUXX Demo Tracks
This post contains affiliate links and/or widgets. When you buy via our affiliate partner, we receive a small commission that helps support what we do. But you pay the same price. Thanks for your support! 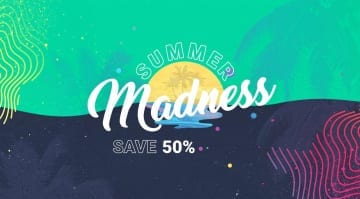