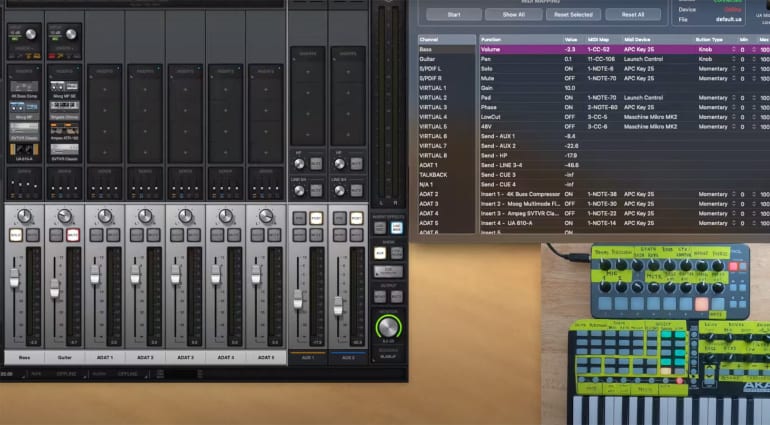 Developer Radu Varga has released UA Midi Control, a nifty app that lets you map a MIDI controller to the Universal Audio Apollo Console software. If you’ve been waiting for a way to control Apollo Console via MIDI, you’ll probably find this tool very useful. There’s even a free version!

Many owners of Universal Audio Apollo interfaces have been waiting for a solution that enables them to control the Apollo Console software via MIDI. Radu Varga’s new app Apollo Midi Control acts as a link between Apollo Console and your MIDI controller(s). You can map parameters according to your needs and preference. The app is still in development and more features are yet to come, but UA Midi Control already looks like a very useful problem solver.

The free version of the app, which has now been released, allows you to control volume, pan, solo, mute, gain, PAD, phase, low cut, phantom power and send levels. It supports knobs, momentary buttons and toggle switches on your controller. You can also specify the parameter ranges by setting minimum and maximum values for each parameter. The developer says that UA Midi Control detects the connected MIDI controllers and supports using multiple controllers at once. 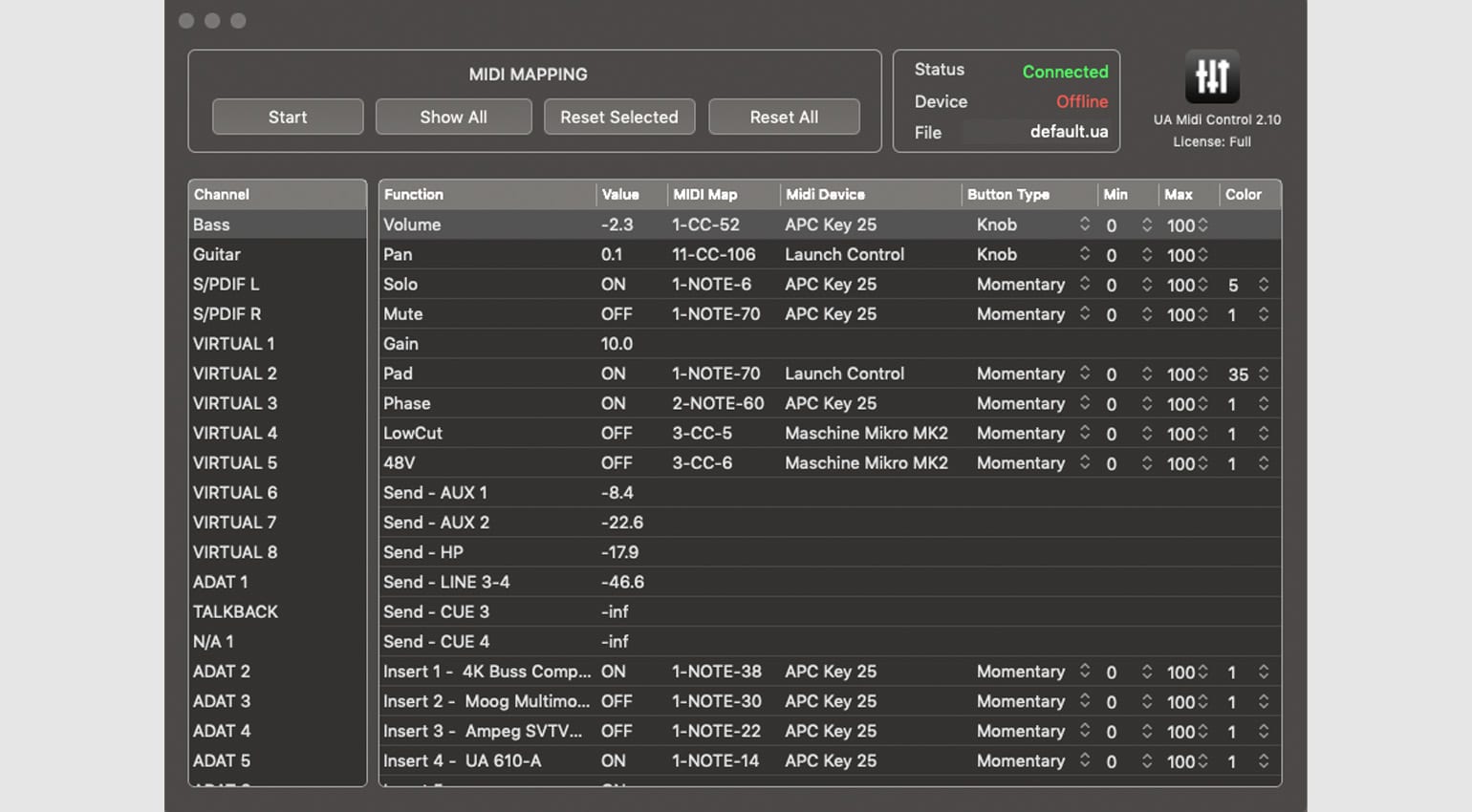 The full version, which is available as an in-app purchase, comes with additional features. According to Radu Varga, this version also lets you control effects. Another benefit of the full version is support for synchronized feedback. This means that compatible MIDI controllers can provide visual feedback by changing the colour of their RGB pads, for example. The full version also lets you save and load mappings, which means that you’ll probably want it if you’re serious about setting up your own mappings.

Who doesn’t love the tactile experience of hardware controllers? By bringing it to UA Apollo Console, this app could become a huge workflow improvement for Apollo owners.

As of now, UA Midi Control is only available for macOS. The developer says that he’ll consider making a Windows version if he receives enough requests. If you’re on Windows and interested in the app, let him know!

The free version of the app is available for download on the developer’s website. The upgrade to the full version is EUR 19 after a 7-day trial period.

Hi and thanks for featuring the app!
Small correction: The full version is already available, the purchase is in-app. I will make the price more visible on the website.

Hi, thanks for clarifying! We’ve updated the post to include this information.

I have to be honest I am in shock that this is not part of the console already.. I am a windows user with Firewire Apollos ….

The Windows Version is now in the works, I’ve started a fundraiser to speed up the development process: https://www.gofundme.com/f/ua-midi-control-windows-version