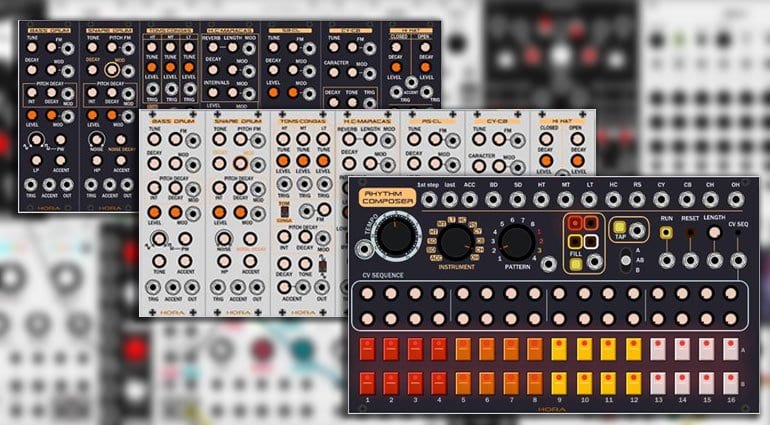 I first mentioned VCV Rack back in September. It’s an amazing virtual Eurorack style modular system for MacOS and Windows that’s planned for release before Christmas. You can play with the beta version now and it’s completely free. In the run-up to the official release, there have been a number of developers releasing modules and emulations for it. Treasure, from Hora Music, is probably the most interesting so far.

It’s an emulation of that classic Roland TR-808 drum machine. You can never have enough 808’s in your life and no virtual system should be without one. Treasure breaks the drum machine down into something that fits into the Eurorack format of VCV Rack. The individual drum sounds have been broken down into 7 individual modules, all with oodles of tweaking and sound shaping possibilities. They all have loads of patch sockets for triggering and modulation.

There are two versions. The black one uses sounds modelled with VULT DSP, the white version uses the VCV DSP. I think that refers to the algorithms used for DSP compiling. Anyway, the VULT DSP has a higher sound quality, which probably equates to a higher CPU hit. But both have their own “interesting character”.

The Rhythm Composer sequencing section has been pulled out into its own module. This has all the features you’d expect and lots of added CV controllable extras like selecting pattern choice, fills, that kind of thing.

Treasure should be out in November in time for the official VCV Rack release. Until then check out the video below. VCV Rack is shaping up to be one extraordinary bit of software. 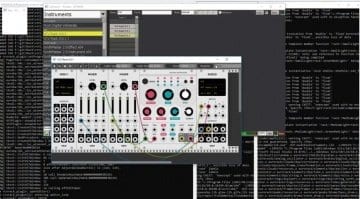