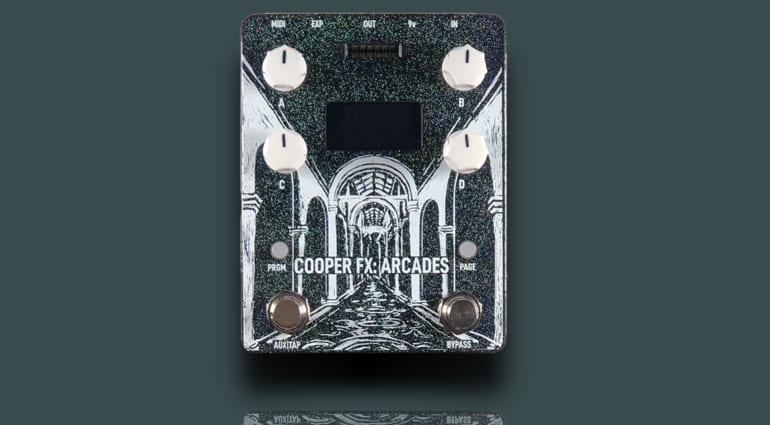 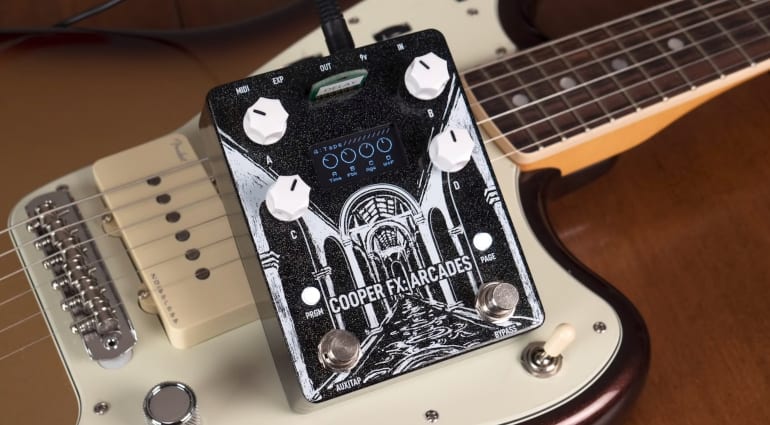 The new Cooper FX Arcades multi-effects unit uses a cartridge based system to add new effects to the pedal. Each cartridge comes loaded with eight different effects in one of four areas, either reverb, delay, pitch or lo-fi.

The new Arcades multi-effects from Cooper FX has an intriguing cartridge system that enables the addition of new effects to the unit. It can be made to have either reverb, delay, pitch or lo-fi effects, really opening up what this one pedal can do. The unit has four knobs labelled A, B, C and D, a button to switch to the next effect, plus a page button.

There is a footswitch for BYPASS, as well as another footswitch labelled AUX/TAP. The function of the latter will change depending on the effect cartridge that is loaded. 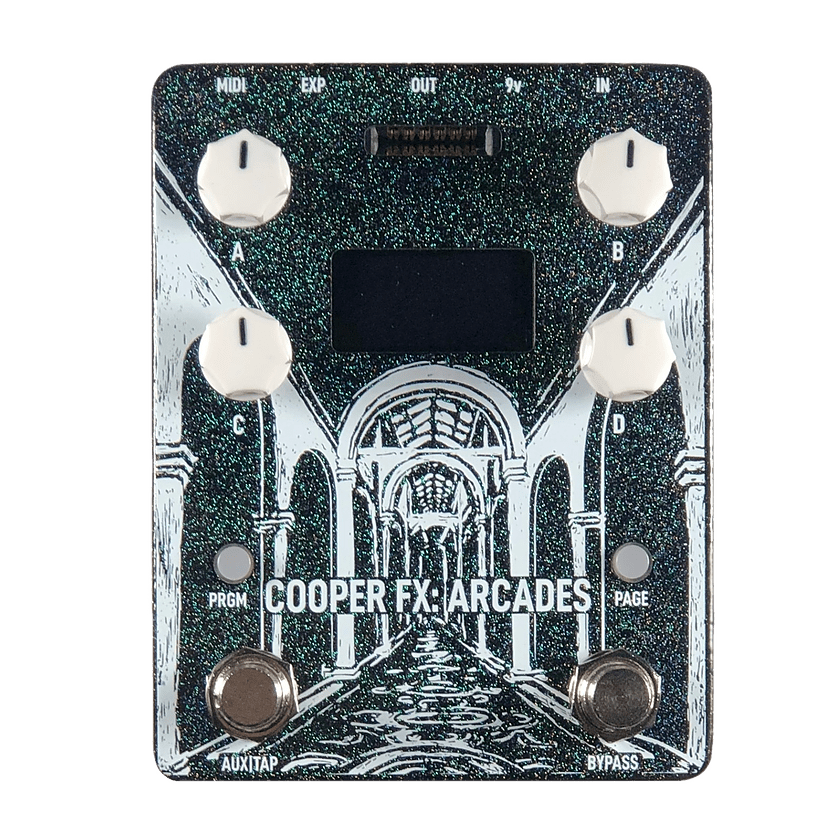 Since the pedal has to cover several different types of effects, some compromise has been made with the controls labelling system. Although, I reckon one could get to grips with it fairly quickly though. The Arcades uses two main control pages. Each then maps the A, B, C and D labelled knobs to control various parameters of the chosen effect. For example, the delay controls would be assigned with things like tempo or repeats, etc. You can also use one of the setup pages to map controls to external footswitches, clock, or even MIDI control, making this little pedal really quite versatile.

Due to the current global pandemic, Cooper FX states that it is having issues getting cartridges, which would normally be selling for between $30-50 depending on the effect and its programs. I think this is a bit vague and puts me off a little. I would have preferred them to launch with some definitive pricing. But we are living in unusual times, so I understand that it may not be difficult to give this information currently.

So apart from the purchasing of extra cartridges, I’m also concerned that being a klutz, I would probably lose them, as they are so small!

The Cooper FX Arcades is certainly a unique concept, albeit a very niche one and may possibly only appeal to those that like odd tweakable pedals. Saying that, it does sound pretty good in the demo video below.

You can read more about the individual cards here. 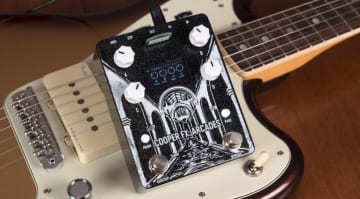