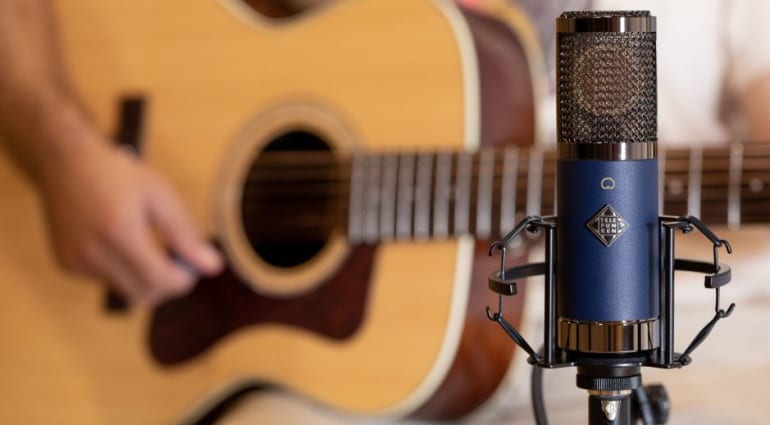 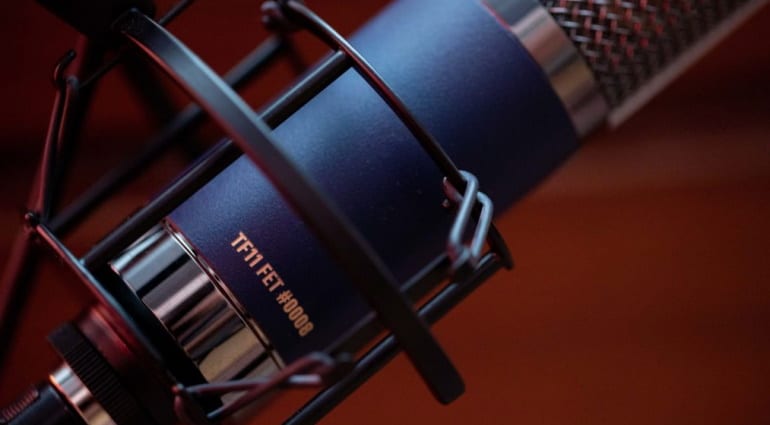 However, the TF11 FET is not a valve microphone, though still assembled with discrete electronics. Telefunken tapped UK transformer powerhouse Carnhill for a custom-wound tranny and sourced premium parts from the likes of Nichicon. The amplifier is a JFET design based on the Telefunken M60’s FET amp.

Likewise, the terminated capsule is described as a single-membrane version of the one featured in the Telefunken TF51. So quite a bit of history is being put into what’s otherwise a cardioid-only, compact condenser with nice, clean looks. The TF11 is designed and hand-assembled in the USA.

Flattery will get you everywhere

Judging by the frequency response, things seem rather flattering. The TF11 has a mild low cut, a slight low-mid bump, and a well-defined presence boost. So a reasonably neutral, but pleasing and detailed sound is to be expected out of it. Telefunken is positioning it as an all-purpose mic that’s good at capturing acoustic instruments, strings, drums and vocals. Indeed, the maximum SPL of 135dB and fast transient response should make it perfectly possible to mic up a drum set.

Speaking of micing, the TF11 is sold single or in matched pairs, so it might as well become an overheads favorite in the near future. It weighs 545 grams and ships with shock mount, stand mount, sleeve and case. The price is USD 895 for one – a spot-on deal, I’d say.