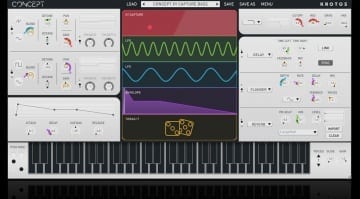 The first virtual instrument from Krotos gives us Concept which uses a powerful modulation engine to mess with sound in all sorts of directions from all sorts of sources.

15 days left
Klevgränd Hood:ify: Get 50% off plug-ins, plus a free license

28 days left
Taylor Deal: Buy an acoustic guitar and get a Baby Taylor – for free!

04 Apr · Try it with a synth from a better company. Giving that weasel more exposure is just bad news.

04 Apr · Looks like the THR10 has been replaced by version II but the original 5 is still available.