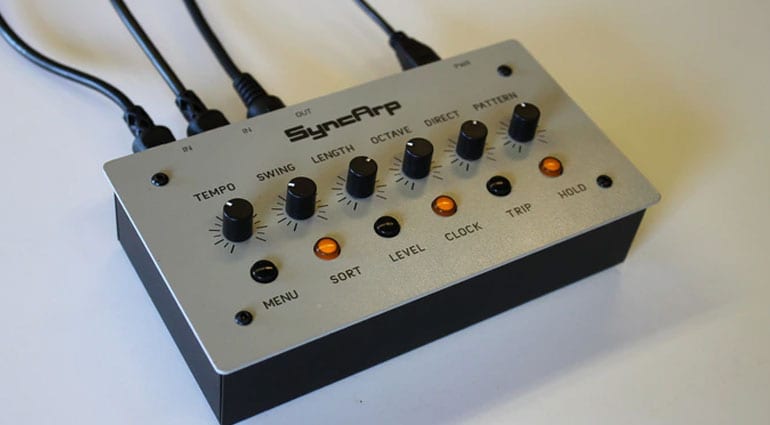 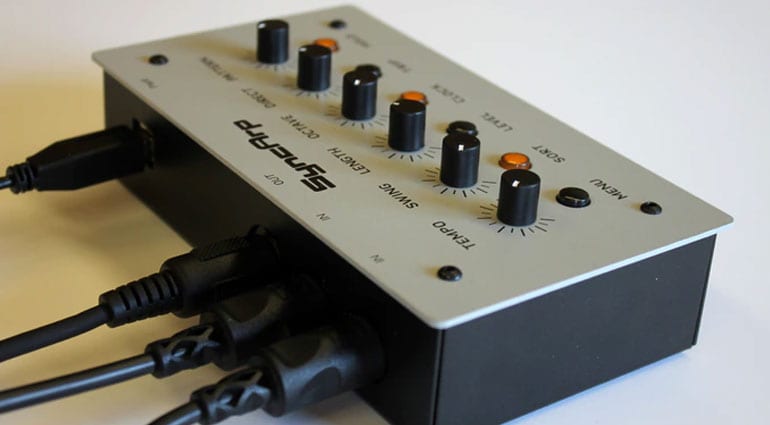 From the makers of Chordmonger comes a desktop hardware arpeggiator with far more control and sophistication than you usually see in keyboard Arps.

Arpeggiators tend to feel like a useful afterthought on most MIDI controller keyboards. Useful while you play with sounds but lacking the versatility that would turn them into creative tools past their basic function. SyncArp hopes to improve on that by bringing controls and possibilities front and centre.

It comes in a small and sturdy box with 6 knobs, 6 buttons, a pair of MIDI inputs and a MIDI output. The 6 knobs give you instant access to the sorts of controls that are usually hidden away under Shift buttons on MIDI controllers. You have Tempo, Swing, Length, Octave, Direct and Pattern. Length is about Gate length, Octave can send the notes up 4 octaves or down 3 octaves and Direct deals with direction. There are 32 rhythmic patterns, triplet and dotted notes and you can choose between fixed or dynamic velocity.

The Kickstarter page doesn’t go into exhaustive detail but we can make relatively intelligent guesses on what Hold does and how Trip is probably triplets. The point here is that it turns arpeggiation into something playable and easily changeable so you can explore what’s going on rather than setting and forgetting.

I use arpeggiation all the time when playing with synths or modular. I use an Arturia Keystep 37 that has a Pattern mode that generates more of a random sequence in response to the notes I press. I also use a Novation Launchkey Mini which has the excellent Mutate and Deviate functions. However, with both these keyboards you have to fiddle around with Shift buttons in order to make changes. With SyncArp everything is right there ready to be tweaked. Whether it has the same sort of creative elements remains to be seen – they could definitely do with some more in-depth videos.

SyncArp is on Kickstarter now for $198 and they hope to ship in September. 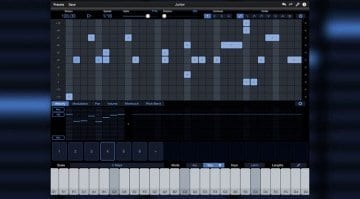 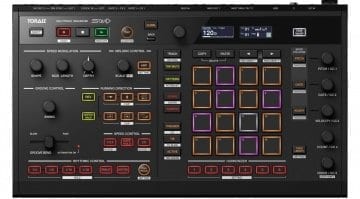