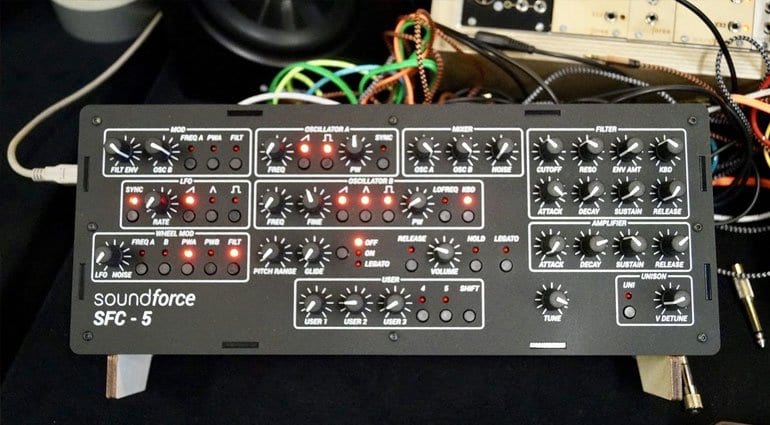 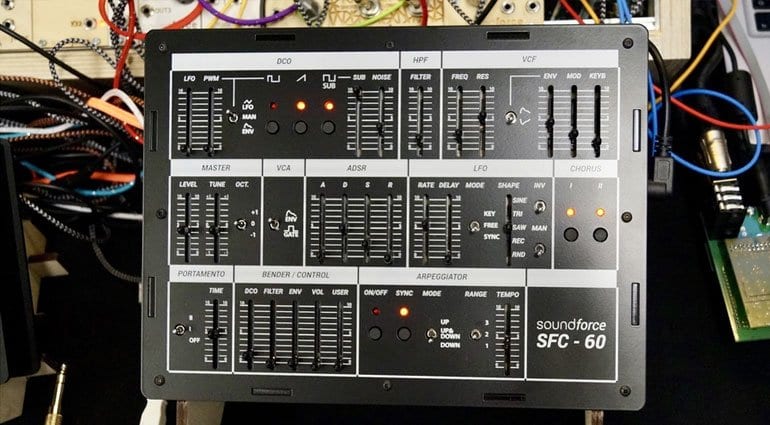 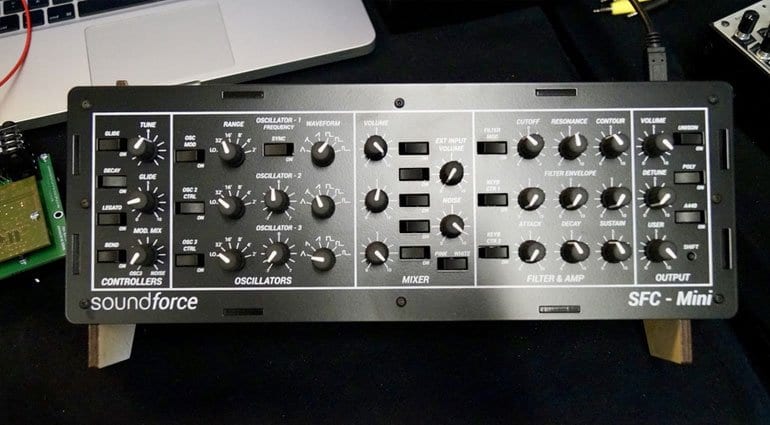 It’s a slightly strange paradigm but I can see how it’s somehow genius. Why have a generic MIDI controller when you can have one that looks like an analogue synthesizer to control your virtual analogue plug-ins? Soundforce now has three: the SFC-Mini V2 and SFC-60 V2 are updates on the originals and now they’ve introduced a new one. The SFC-5 is designed to mimic the controls of the Sequential Circuits Prophet 5.

It is unusual to have a MIDI controller this specific. The SFC-5 is designed to run with Prophet 5 emulations like the Arturia Prophet V and the U-He Repro-5. All the controls are laid out to give you the complete hardware experience but using your software for the sounds. You could of course map the knobs to control whatever you like but what’s the fun in that?

The SFC-Mini V2 takes the same idea with the Moog Model D and the SFC-60 does it with Juno 60 style plug-ins. The version 2 models all come with steel faceplates.

It’s an interesting idea although I can’t help feeling that it’s somehow extravagant. The SFC-5 is available for preorder for €249.