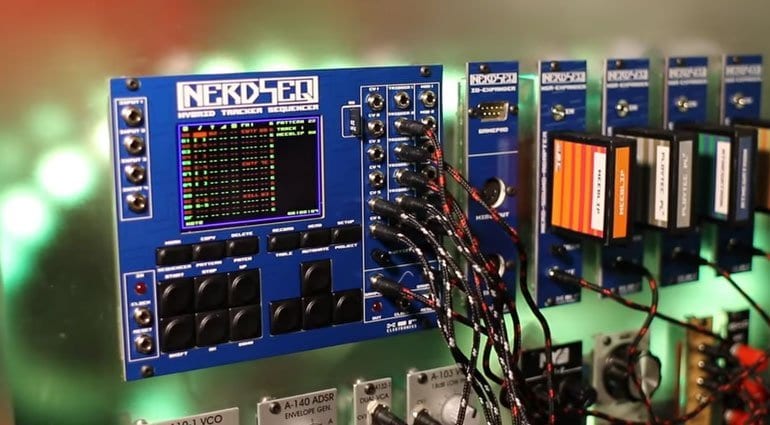 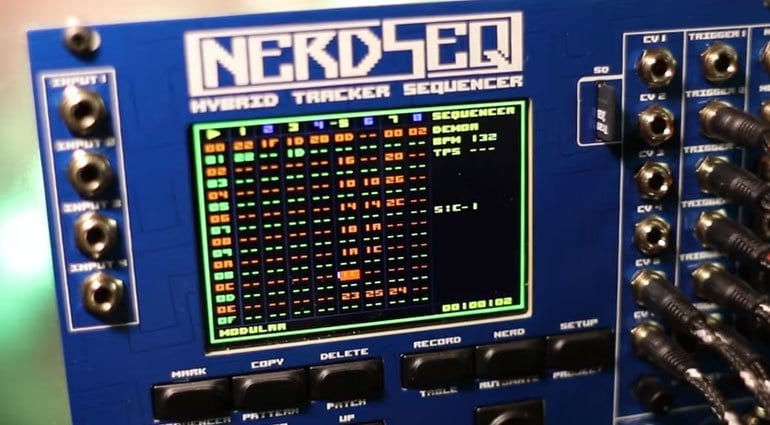 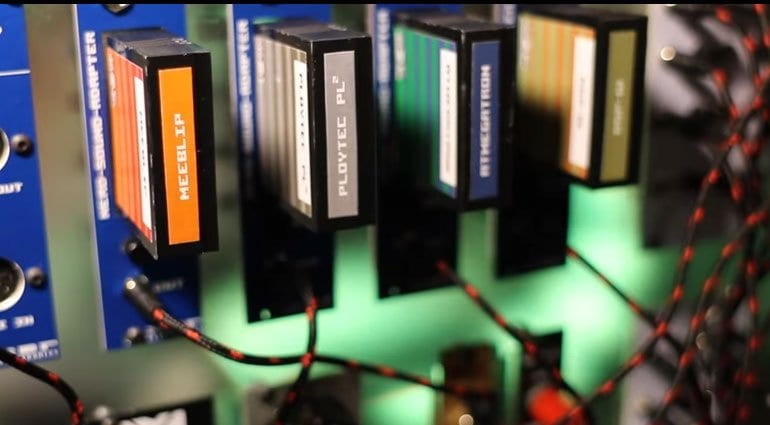 This is something for you real geeks out there. Nerd Seq is a Tracker style sequencer. Music Trackers evolved on the Amiga back in the late 1980’s and was sort of a music programming language, like making music on a spreadsheet, before the piano-roll sequencer took over. Some people still like to use Trackers, particularly for keeping it real in the world of Chiptune music. In which case, the Nerd Seq is for you!

Produced by XOR Electronics and I have to say that the way they’ve displayed their modules on plexiglass is total genius. The Nerd Seq has 6 tracks (according to the website, but on the video it has 8), 12 CV outputs and 6 trigger outputs and a decent sized screen to scrutinise the numbers. There are 64 steps, 255 sequencer rows and 176 patterns so you can create whole songs. It can all be saved on an SD card.

Within the Tracker is lots of automation possibilities. There’s quantise, glide, retrigger, grooves and uneven patterns. In addition, there are 4 sample tracks for the sequencing of samples with a few effects. You can trigger patterns live for a more performance orientated feel. There are 4 CV inputs for controlling anything you like. The tracks are also independent so they all have different timings and automation going on.

The Nerd Seq is expandable with cartridges, yes, cartridges which contain other desktop synths such as the Meeblip and Atmegatron. How did they do that? Apparently, you can also as a Sega Gamepad to control it.

There’s a lot of scope for crazy creativity in this module. I can’t help feeling that for me it’s too much programming. Eurorack is often about getting away from a screen and fiddly programming into something more natural and organic. But hey, there are lots of ways to approach it. And for fans of the format it’s a phenomenal piece of work.

It should be available in the summer (although the website says April…) for around €500-600. More information on the XOR Electronics website.