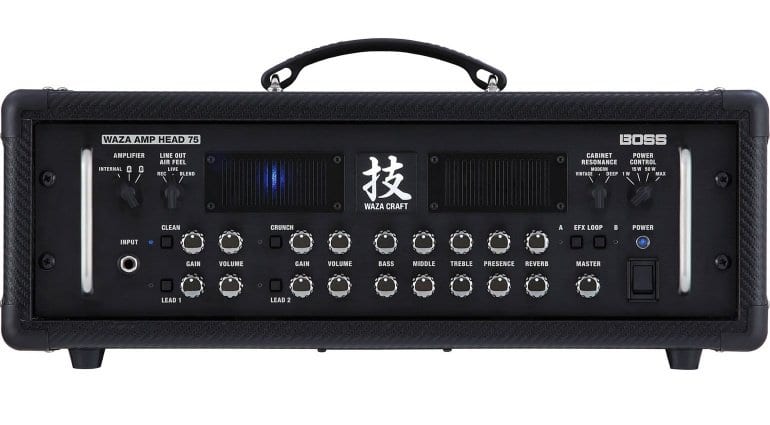 BOSS has followed up the 2016 release of the Waza Amp Head with a smaller 75-Watt version. But apart from taking  EUR 1000 off the price (!) and halving the output power, what else has changed?

Hang on, I think I’ve found something. With a lower overall output, the options on the Power Control selector are different. But that’s about it. I think we can expect the Waza Amp Head 75 to sound pretty much the same as the larger version. Reviews of its bigger sibling were mixed. Some reviewers were impressed by the amp’s expressiveness. Others found it sonically lacking compared to similarly priced tube amps.

Now we’re probably getting close to the (ahem) crunch. The original 150W unit cost EUR 2599. That’s boutique valve amp country. For a bit more you can get yourself a Friedman Buxom Betty or a Victory Amps Silverback Head. On the transistor side, for this money we’re looking at the Kemper Profiler, functionally a very different proposition and an amp with an enormous reputation.

By retailing the Waza 75W Head at EUR 1599, BOSS are looking to make this a more appetizing deal. Same functions, less Watts, EUR 1000 off. Time will tell if it proves a big seller.