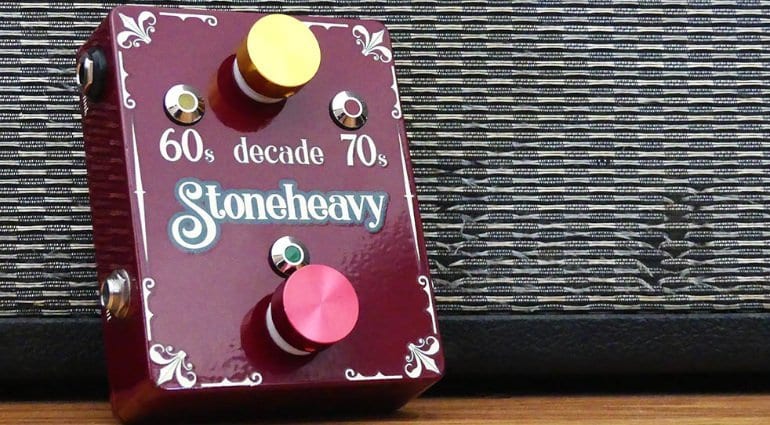 Decade is the first pedal by new kids Stoneheavy, hailing from California, USA.  It is a “Passive Pickup Response Tripler”, so only needs power for the LEDs. But it really help you get the sounds of the “golden era” out of your guitar?

Stoneheavy calls it “The most innovative pedal to come along in a generation “. Now that’s a claim and a half. Inside the Decade there’s a “Custom” component that does all the magic. For me it looks like a passive EQ, but I could be wrong.

The pedal has two modes: 60s and 70s. Depending on the setting, the basic sound is altered more or less heavily. At 60s, the mids are slightly raised and the highs lowered. With the 70s setting, the characteristic is probably very similar, but less intense. 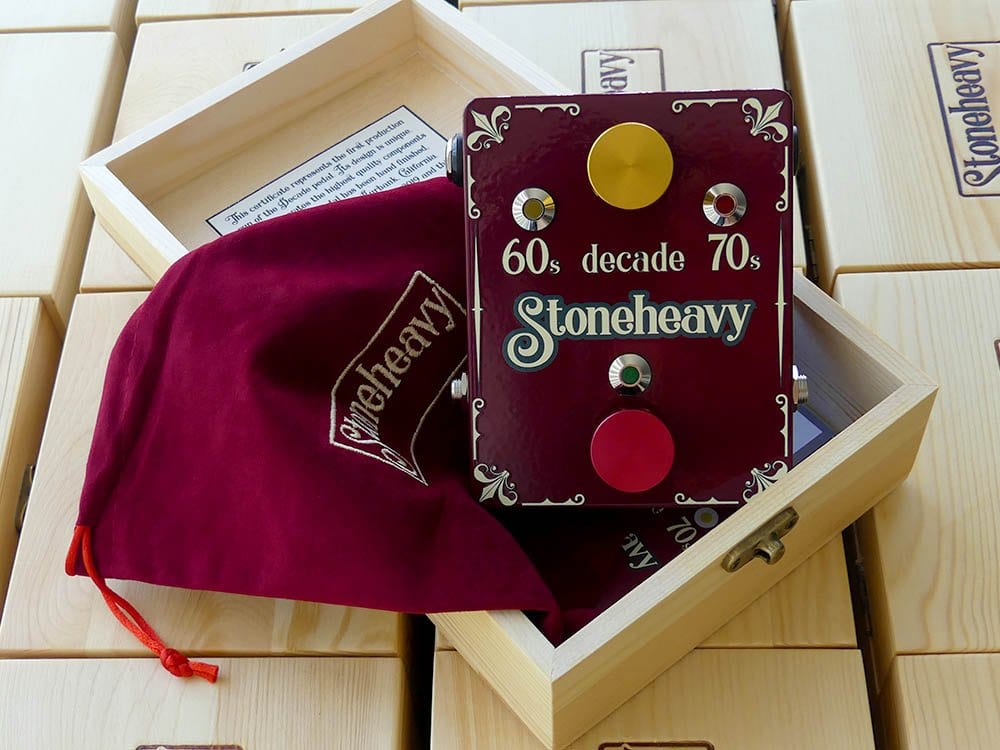 The Decade must always be connected first in the effects chain to make it work. It does not change the impedance of the guitar, just the frequency response. In the second video, the explanatory scientist/puppet with cliché-Indian accent (is that already racist?) says that it kinda changes the turns of the pickups. So: More cable path = more resistance = less highs.

I recommend you have a listen to the video linked below. The 9 minutes are worthwhile even if you have no intention of buying one.

For something so simple, it is bloody expensive. I think I’d pass on buying one myself. Yes, it comes in a nice box, and you get a fancy paint job, but that still means its a bit on the expensive side for what it actually does.

2 responses to “Stoneheavy Decade: A passive pedal for 60s and 70s tones”