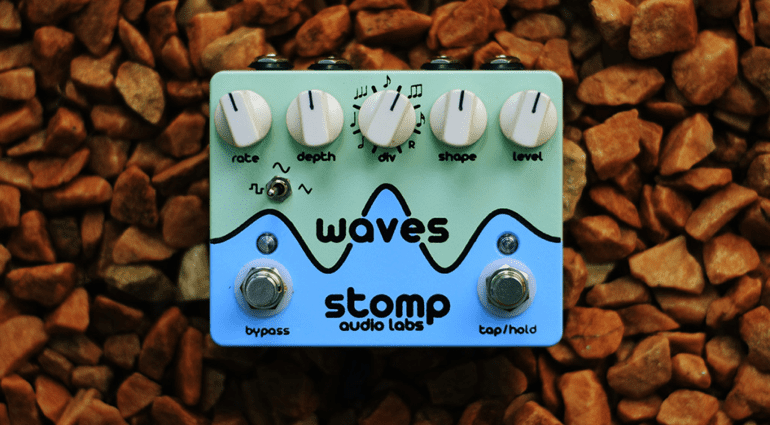 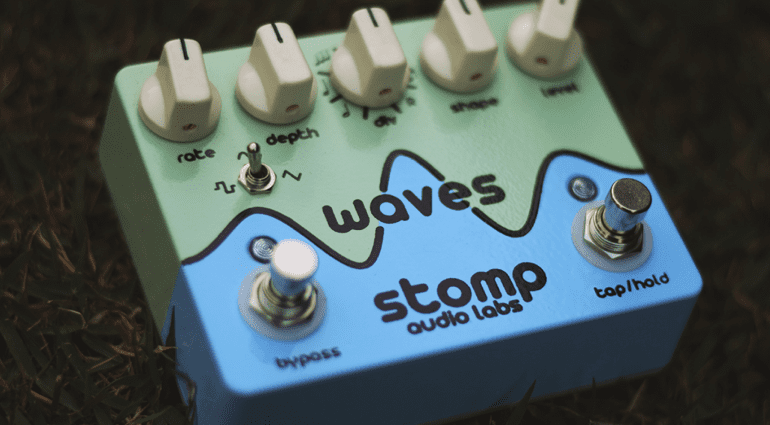 Stomp Audio Labs’ Waves is a new tremolo pedal designed and built in Brazil. The company spent two years developing this new effect and have just announced it is going into full production.

The Waves pedal has a myriad of different tremolo shapes to choose and with five knobs, two footswitches and a three-way toggle switch, you really do get plenty of control. The pedal also has a tap tempo function, three different waveforms available via the aforementioned toggle switch, a hold mode, plus a tempo subdivision knob and a waveform symmetry distortion setting as well!

That is a lot of control for a tremolo, so more than just Level, Rate and Depth control here. Of course, it has those controls as well. The central control knob allows you to dial in tempo subdivisions and so when combined with the three waveforms via that toggle switch, should mean you have a lot of control over the way the tremolo effect reacts. 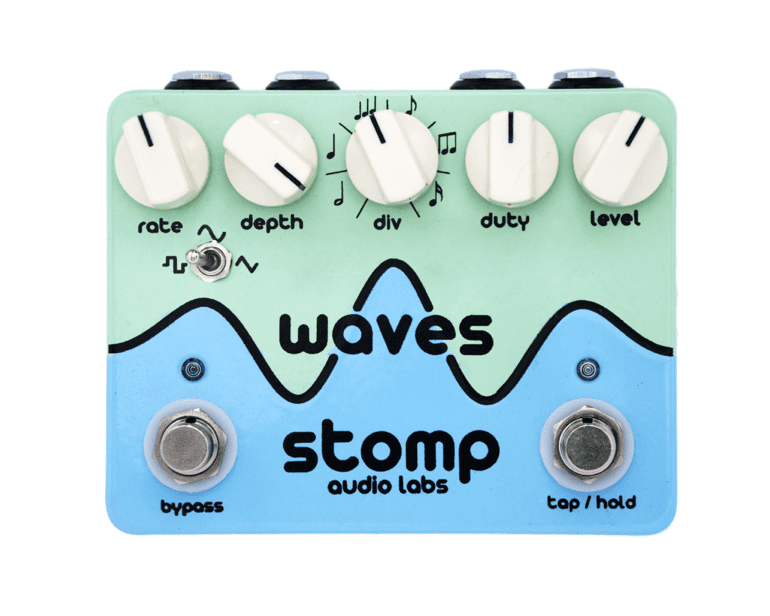 The signal path is all analogue. However, the controls are all implemented digitally. This allows the pedal to have so many diffeent variations of a tremolo effect, with such a vast range of control all from a simple layout. The digital side of things does the tap tempo, sub divisions and so on. The analogue side is what your guitar’s signal is the processing done to your signal and at no point does your tone enter the realm of ones and zeros.

Some serious design work has gone into this pedal and it shows, I really like the layout, as it is clean and simple to follow. Yet the design looks as though you can get many possibilities and that to me looks like a lot of fun.

Full details of the Waves Tremolo pedal can be found here