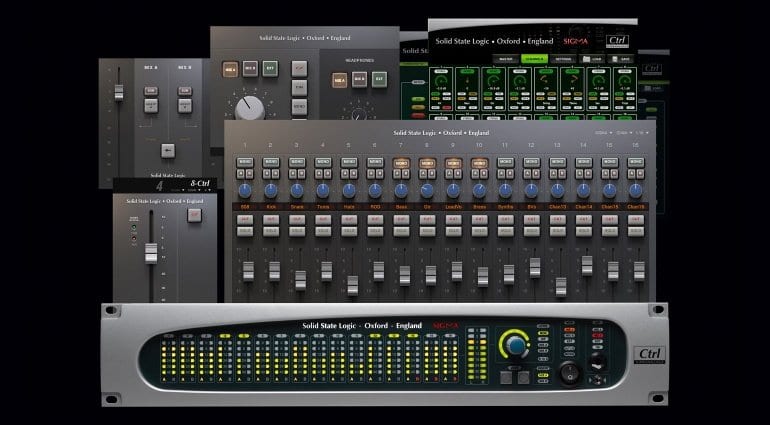 In today’s industry, when a company continues to develop and support a product that was announced over 3 years ago, you know they care. SSL’s analogue summing mixer Sigma Delta was a already clever product, but this latest v2.1 update is so smart, it makes SSL look like they’re showing off. OK, let’s not overstate things. Maybe just a little bit. But in the context of the wider marketplace, this release does show some impressive workflow developments that you won’t find elsewhere.

SSL’s rack-mounted analogue summing mixer was already an interesting product, particularly with the software v2.0 released last year, users were able to automate the analogue levels from their DAW. A year on and SSL have continued to develop the front end for this compact 16 channel (mono or stereo) analogue summer.

There are several new features added with v2.1, but a couple stand out. Now there is a single plug-in instance required inside your DAW to control the hardware. This is now called Sigma Delta16 – with 16 faders – and also offers control and automation of more features of the mixer. The original Single Fader plug-in is still available, providing backwards compatibility. The 16-fader version was initially designed to get around Logic’s inability to automate more than one channel at a time, but provides all users with simpler control.

The other big news here is the availability of Eucon control. This enables users who also have a DAW controller such as an Avid S3, S6, or any of the Artist series to control the mixer with hardware faders. Just check out the video below to see the Sigma being controlled via DAW controllers, including SSL’s own, Nucleus 2. What a fantastic workflow.

For me, this latest release highlights the power of technology that we already have today. It just needs to be harnessed carefully. SSL have become the masters at bringing several technologies seamlessly together. The ability to control all the functionality of this analogue unit via your DAW, including studio monitoring controls, shouldn’t be underestimated. No other rack-mounted summing mixer offers even half the feature set that the Sigma does. Most notably, settings are recalled instantly with your project file. This enables the user to switch between different sessions whilst having an analogue workflow. We already know a combination of analogue and digital equipment in the recording industry is most desirable. Products like this that utilise the benefits of digital workflow to enable easy implementation of analogue gear are definitely the way forward.

If you’re looking to buy a Sigma Delta, they are on sale in the UK for around 3,600 GBP. This new v2.1 update however is free. For more information about Sigma Delta and it’s full feature set visit the SSL webpage.

Here is a video all about Sigma Delta with the v2.1 update and all its features. This very detailed and explanatory video is from the SSLvideos YouTube channel.