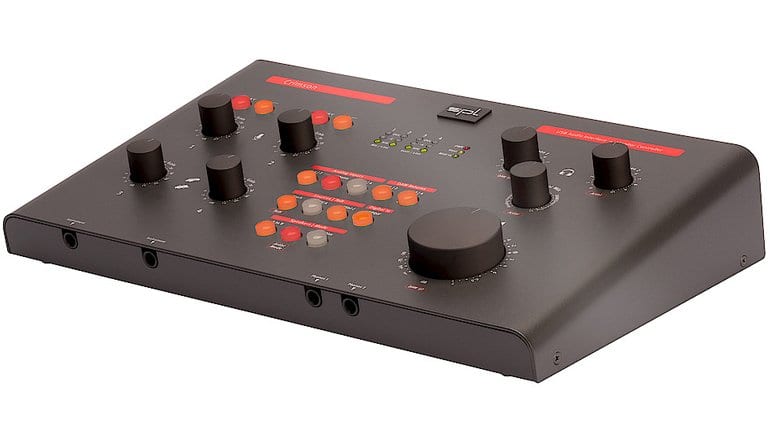 The existing Crimson monitor controller and USB audio interface has already proved serious competition to similar units in this price range. As well as the quality of the hardware and its clean sound, the Crimson is unusual in its feature set. Most significant is the ability to operate in standalone mode whilst all parameters can be controlled on the unit itself, alleviating the need for a control app. So what have they added in this second revision?

Well, the improvements generally speaking are minimal. I suppose if there were to be any significant new features, SPL would have developed it as a new product. This second revision is clearly a sign of continued support by the manufacturer to ensure the product is as good as it can be, for the same money. I really respect SPL for doing this and should fill future buyers with confidence in the support from SPL.

The most significant amendment is the ability to monitor a digital input (SPDIF) whilst in stand-alone mode. This makes a lot of sense and might be the deciding factor for many. I only wish it offered AES3 connectivity alongside the SPDIF.

Other new features include better overvoltage protection on the mic inputs, longer illuminating peak and MIDI event LEDs, a dip switch for disabling ‘Artist Mode’ and improved gain matching. Whilst these aren’t big issues, it all adds up to a more refined unit that packs a lot in for the relatively low price. One feature some existing Crimson users might have liked to see is a power switch, but unfortunately this isn’t included.

With no visual difference between a revision 1 and a revision 2, they can only be distinguished by the serial number. The fifth digit from the right must be a 1 instead of a 0 for a new revision 2 unit. They’ve kept the price the same at 579 euros for either a black or white unit. Shame they can’t offer an upgrade option for existing Crimson users as if it were a new piece of software!