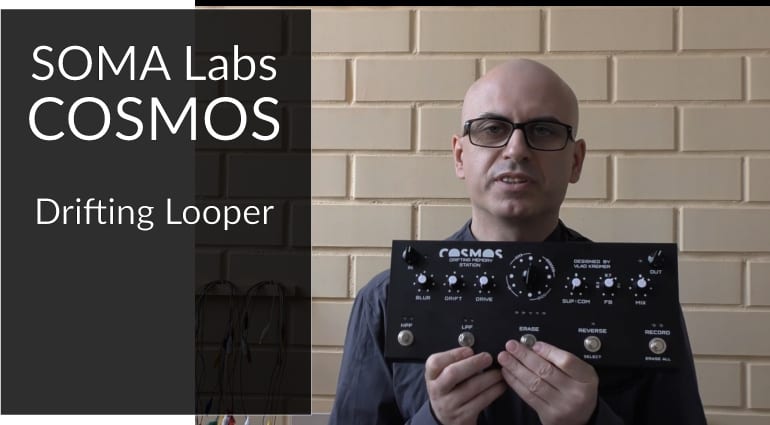 Soma Labs’ Vlad Kreimer is showing off the new Cosmos Drifting Memory Station looper, with three algorithms, at the Keys & Frequencies event that is currently running this weekend.

Designed by Vlad Kreimer, the Soma Labs Cosmos is billed as ‘a drifting memory station designed to work with meditative states through music’. So if you like dreamy experimental looping, then it could well be for you. It offers three operating modes, delay, and has high and low pass functions via a foot switch that works in fixed steps. There is also a reverse mode and controls for feedback, plus a granular effect. All of which adds up to plenty of ways to mangle your loops and create layers of sound.

The company claims that this ‘looper’ will have ‘recorded sounds undergo constant recombinations, spontaneously generating an ever-changing soundscape’. This should be perfect for players interested in experimental, ambient and textural sounds.

Cosmos algorithms are the key

The button in the middle allows the selection of the algorithms. There are 3 variations of each basic effect. There is no clocking, just a “normal” looper for stereo signals. It also has an SD card slot, with the intention of updates and reloading of new algorithms. It’s possible more will be added later. Basically, the device is pretty much finished and in the final beta phase as we speak.

The Keys & Frequencies Event is currently running this weekend and this new looper is being shown there amongst many other cool new products. You can follow the link to the site below and register as a beta tester, where there is a group discount.  The quoted price is 480 euros, but this is without taxes, etc. Pre-orders are already being accepted. However, you can also get a discount via Thomann while watching the event. 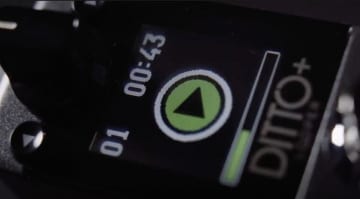 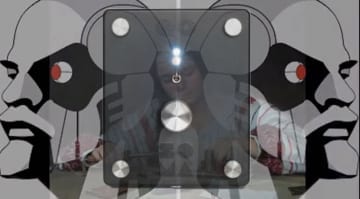 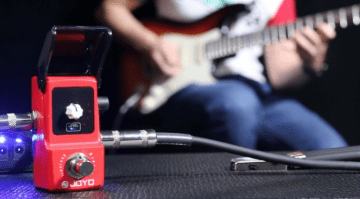