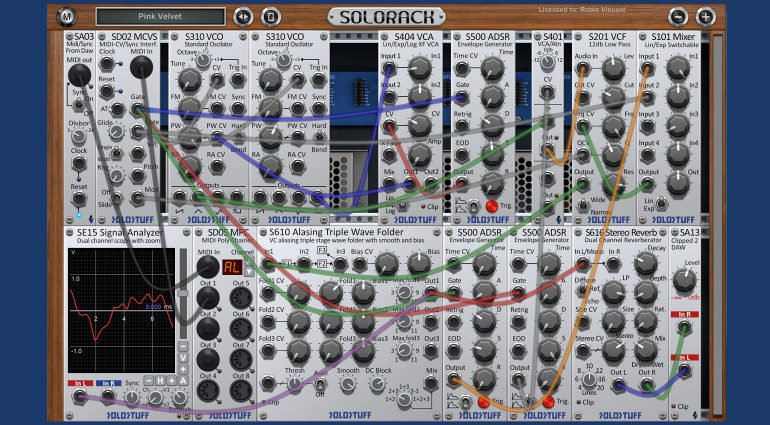 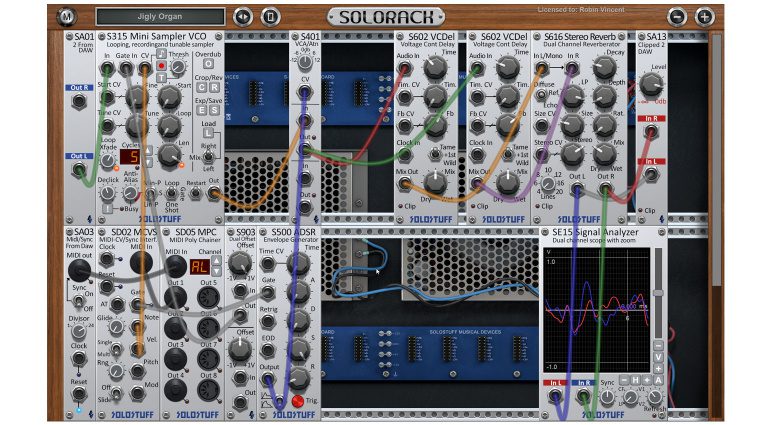 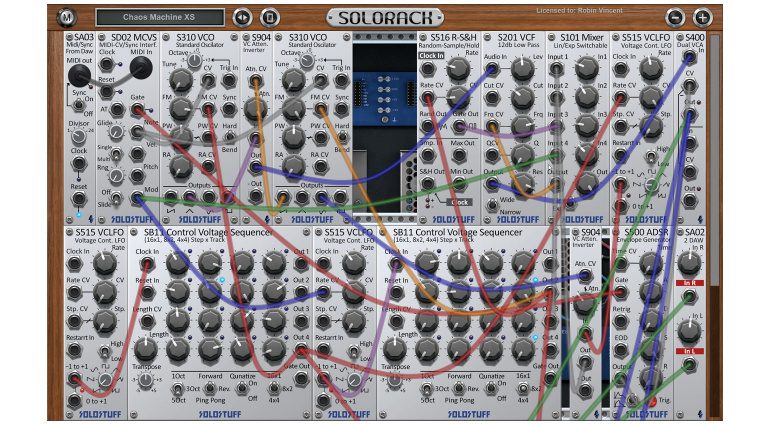 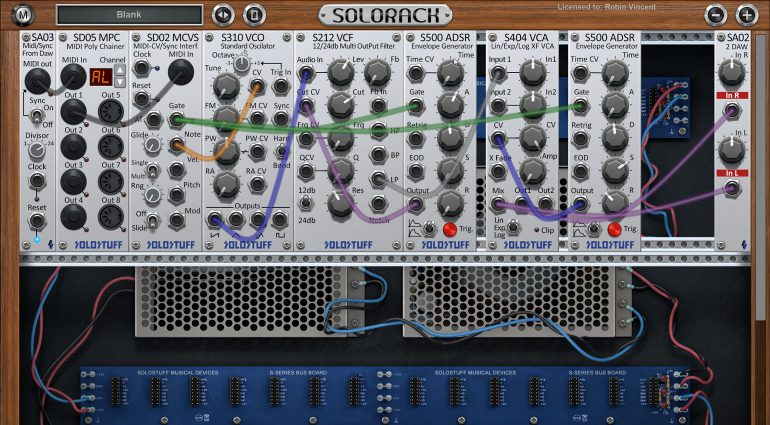 Originally released in 2017 SoloRack gave us a modular playground of 37 modules within a VST plugin that behaved and worked exactly how Eurorack should. Since then numerous modules have been added and with version 2 we get a bumper pack of 20 swelling the total number to nearly 100.

Amongst the new ones, we have modules such as a Mini Sampler VCO, Fixed Filter Bank, Triple Wave Folder, Distortions, MIDI Arpeggiator and Tracker Mod Player. The overall range is quite mind-boggling and developer Ammar Muqaddas is not messing around; this is all very serious stuff. By which I mean these are proper modules that deal with control voltage and audio signals in the sort of engineering-focused way that Doepfer do.

There’s no limit to the number of modules or the size of rack you can generate. SoloRack can also function as a VST effects plugin with multiple inputs and outputs. You can build a polyphonic patch by patching together enough modules just like you would in hardware but SoloRack can make this less cumbersome with the handy SD05 MIDI Poly Chainer. 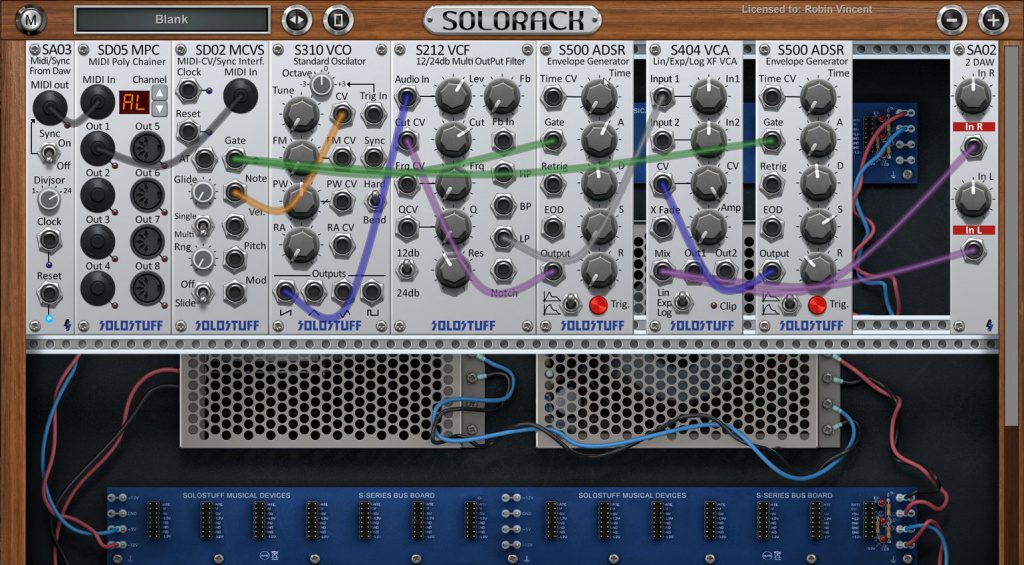 If you create a single synth voice you can generate duplicates that sit invisibly behind the Poly Chainer giving you instant polyphony without the mess – very neat. Audio rate modulation is available throughout as are MIDI patch points that can pull modulation out to other instruments in your DAW or pull MIDI control in. If you have a suitable DC Coupled audio interface you can route CV signals directly into a hardware modular system from SoloRack.

The Doepfer influence is very clear in the look and naming convention and without a doubt what you get is an authentic-looking rack of modular. I mentioned in my article about the original release that I hoped SoloStuff would find a bit of design flair and colour but Ammar has stuck to the silver and so all the modules tend to look a bit similar. There’s no emphasis given to any control over another, everything is correct and ordered. While that’s wonderfully authentic I can’t help see it as a missed opportunity. This is software, it can look like anything you want, and colour and visual clues can really help a new user grasp modular synthesis and find their way. 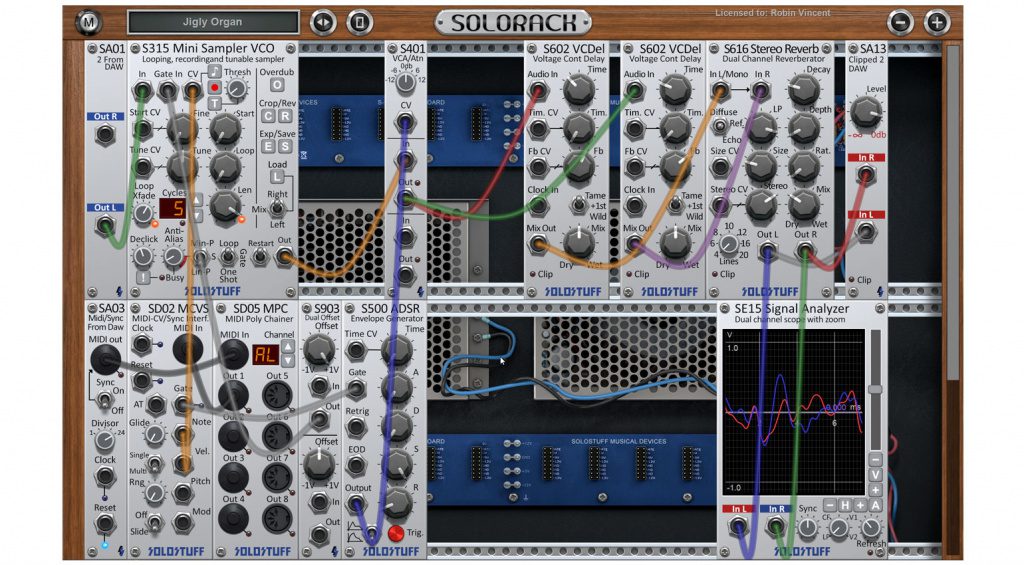 However, my desire for an easier and more colourful modular experience shouldn’t detract from what is an immensely comprehensive and powerful modular synthesizer experience. This is genuinely as intriguing, difficult and fascinating as a real rack of Doepfer modules and you can build immensely complex patches right within your DAW. For the advanced user it’s a modular paradise, for a new user it might be quite baffling but there are plenty of presets to give you a flavour of what’s possible.

Other improvements in this version include the ability to copy/paste modules, adjust the cable thickness and the case in which the modules sit has a couple of different skins and can be resized.

There’s a free demo available if you’d like to try it out. Otherwise, you get nearly everything in the “System B” bundle option in the store for $80 and you can add further modules individually for a few dollars each. 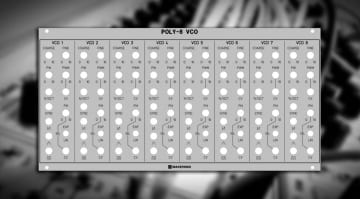